Pop music’s biggest breakout star of the year, Ariana Grande, has kicked off her first North American headlining tour, and comes to Vancouver on Thursday, April 16 – and you could win your way to the front row!

Grande’s The Honeymoon Tour kicked off late February in Kansas City and will visit 25 cities around North America.

Limited tickets are still available for the show at www.livenation.com.

To enter to win a pair of front row tickets to see Ariana Grande in Vancouver on Thursday, April 16 at Rogers Arena, do at least one of the following:

2. Leave a comment below telling us your favourite Ariana Grande song. (1 entry) 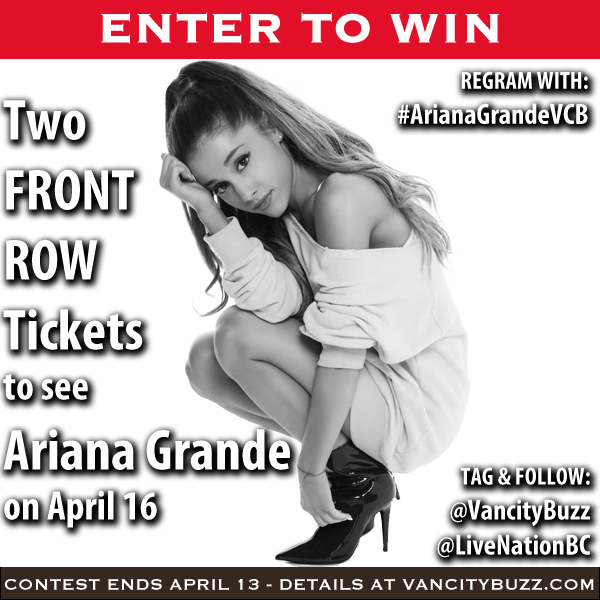 Contest entries will be accepted from time and date of publishing until 3:59 p.m. PST on April 13, 2015. One winner will be chosen at random and contacted through the platform they enter by.