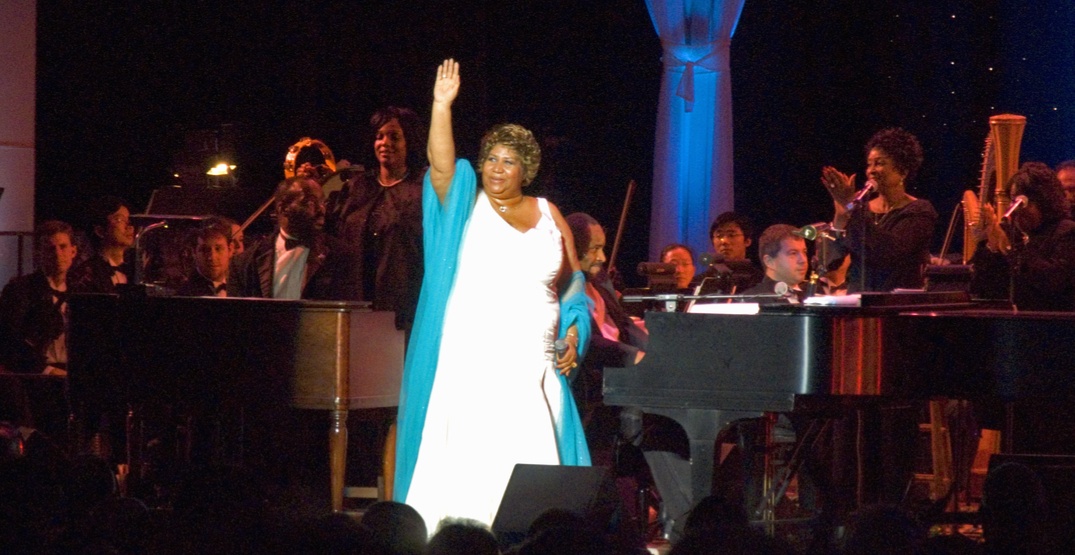 Aretha Franklin, the ‘Queen of Soul’, has passed away.

Franklin, who was known for her soulful, gospel-rooted singing, was 76-years-old.

She passed away at her home surrounded by family and friends, according to reports.

Franklin was scheduled to perform in Toronto this past June at the Sony Centre for the Performing Arts as part of the Toronto Jazz Festival.

However, the show was unfortunately cancelled due to her doctor’s instructions after she was ordered not to perform in the coming months because of her health.

Franklin’s many countless classics include “(You Make Me Feel Like) A Natural Woman,” “Chain Of Fools,” and her definitive versions of “Respect” and “I Say A Little Prayer,” to name a few.

Throughout her illustrious career, Franklin was the recipient of the USA’s highest civilian honour, The Presidential Medal Of Freedom, in addition to being an 18-time Grammy Award winner, a Grammy Lifetime Achievement, and Grammy Living Legend awardee.