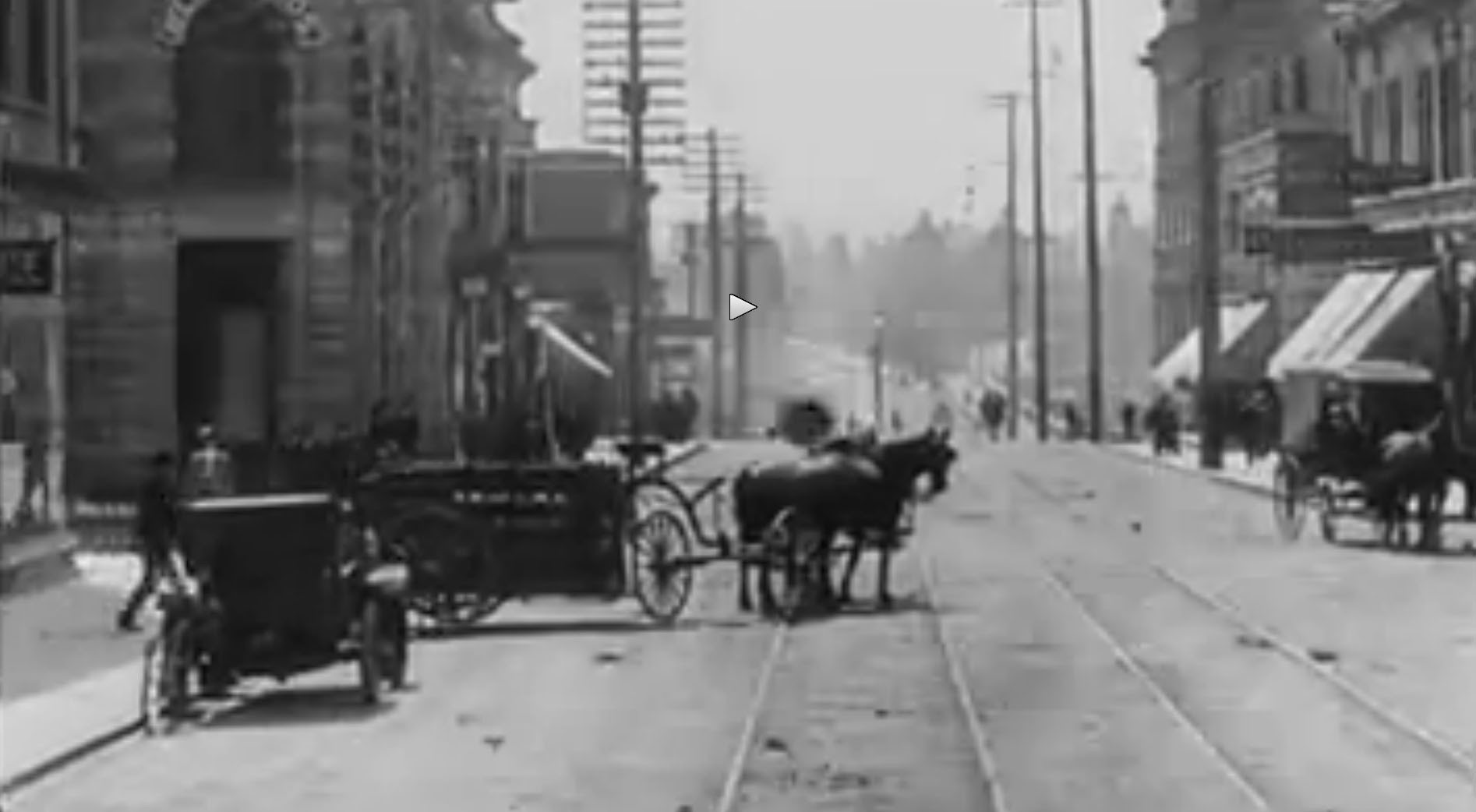 A screenshot from archive video of Vancouver in 1901 (LiveLeak)

Archive footage that has emerged online gives viewers a fascinating glimpse into life in Vancouver and Victoria more than 100 years ago.

The video, posted on LiveLeak by user MR rusty, appears to have been filmed aboard a tram as it weaves its way through the cities in 1901.

Beginning in Vancouver, we see downtown, full of horses and carts, pedestrians casually crossing the street in front of early cars, as other pass on bikes.

The video then heads to Victoria where the BC Legislature sits in the distance and there seems to be much building work to be done.

The following scenes then appear to be back in Vancouver, as trams go past on their way to Davie and Robson and drug stores and pubs line the busy streets.