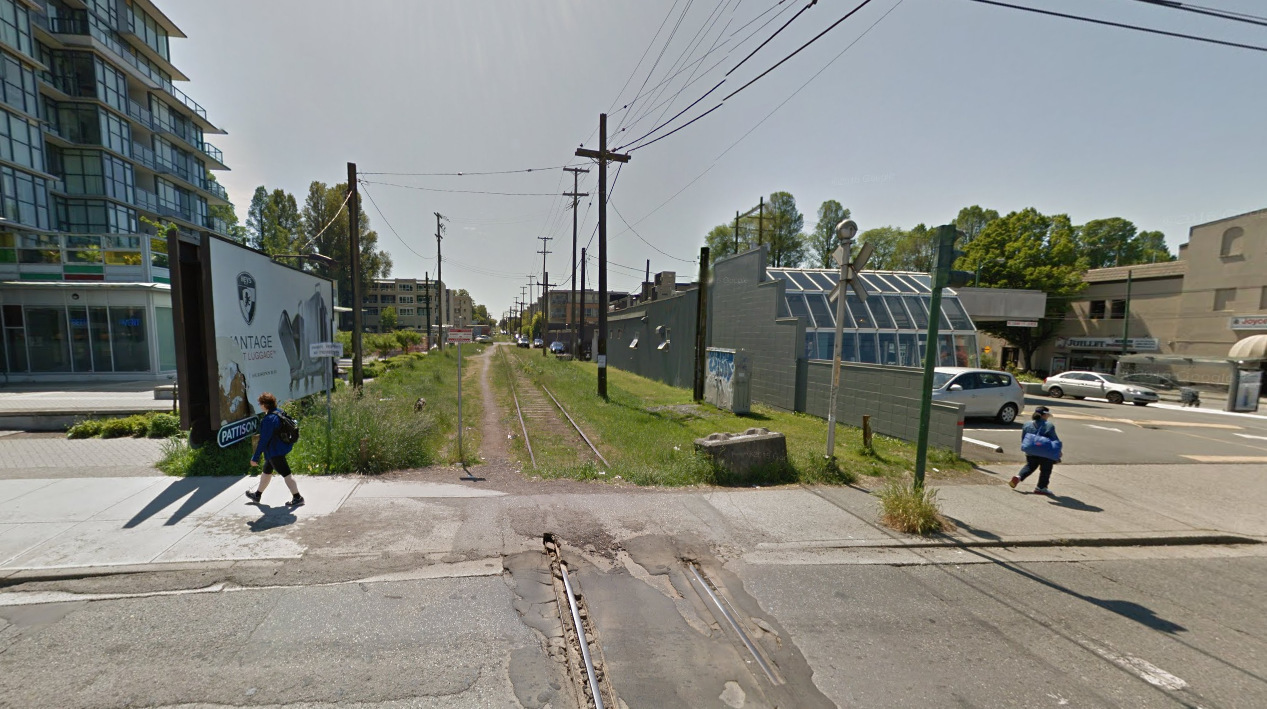 The first step to convert the Arbutus Corridor into a greenway begins next week with the removal of railway infrastructure.

Crews with Canadian Pacific (CP) will begin the process of removing rails, ties, and rail bed materials at the north end of the nine-kilometre-long railway Corridor near False Creek. It is anticipated that the railway infrastructure will be removed at a pace of one kilometre per week – or in about nine weeks, by early August.

However, CP is only responsible for removing the rails along the grade-separated sections of the Corridor; the City of Vancouver will have its own separate process to remove the railway infrastructure on street crossings. All railway removal work will be complete by the end of 2016.

The demolition and excavation process is scheduled to occur from 7 a.m. to 8 p.m. from Monday to Saturday and 10 a.m. to 8 p.m. on Sundays and holidays. Sections of the Corridor being worked on will be fenced off, and use of the Corridor for informal walking and cycling will be restricted throughout the construction phase.

Before each Corridor segment reopens, grading work will be performed to any excavated areas to provide interim safety and access improvements until the greenway is completed.

The City of Vancouver and CP have had a 20-year impasse over how the Corridor’s 42-acre parcel of lands may be used. Both sides have gone to court over several occasions. CP won a 2005 Supreme Court case that upheld municipal zoning restricting the right-of-way’s use to greenway and car-free transportation uses, and a decade later the court rejected an injunction application by the City to force the railway company to stop demolishing structures and clearing vegetation along the Corridor.

In March, the City announced it will purchase the Corridor from CP for $55 million and provide the railway company with a portion of the revenues generated from any excess lands used for development. The City had initially offered just $20 million for the property while CP countered with a request for at least $100 million.

It is estimated that another $25 million to $30 million will be needed to convert the Corridor into green space, cycling, and pedestrian uses while also preserving the right-of-way for the possibility of a future light rail transit line.