One of the highlights of summer dining in Vancouver is the Longtable Dinner Series from Whistler’s celebrated Araxi. The restaurant has announced their two al fresco events for the season in Vancouver and Pemberton, and seats are expected to sell out.

At each of the dinners, which take place outside in striking natural settings, award-winning Executive Chef James Walt will prepare exclusive four-course menus of his signature farm-to-table dishes. Wine pairings will be selected by 2013 Sommelier of the Year Samantha Rahn, and service organized by Restaurant Director Neil Henderson.

In Vancouver, Walt will have the support of local chefs Frank Pabst of Blue Water Cafe, Andrew Richardson of CinCin Ristorante, Quang Dang of West Restaurant, and Thierry Busset of Thierry Chocolaterie Patisserie and Cafe. Then, in Pemberton, Walt will be working in an outdoor kitchen with produce picked fresh just hours before on site at North Arm Farm. 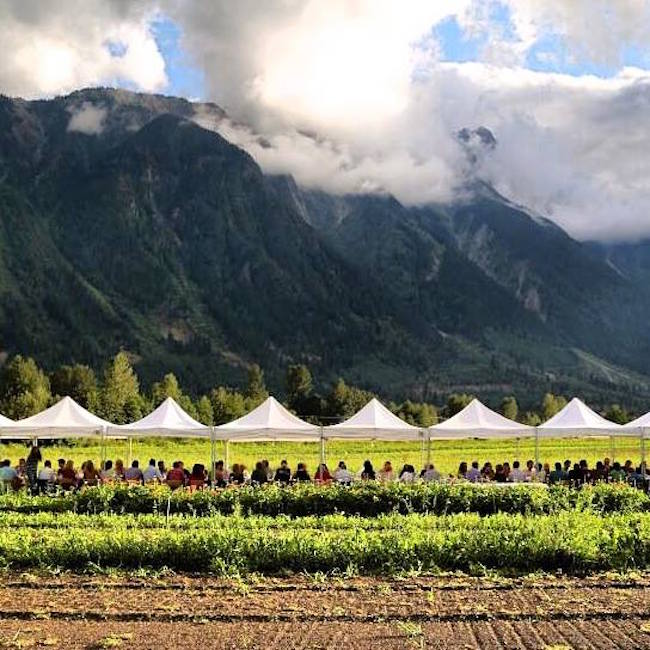 The dinners accord culinary enthusiasts the chance to have a communal dining experience showcasing Araxi’s fantastic food in a beautiful outdoor setting without having to travel to Whistler.