The month of April doesn’t have a lot to get excited about as far as film releases, but there are a few interesting flicks that are dropping in the coming weeks for another edition of 6-Flick-Picks.

I’ve decided to change things up a bit. From now on I’m going to include a film that you can watch at one of the independent theatres and my sixth pick will be my Netflix pick of the month. Enjoy and get out to the movies.

Rated 14A – For outlandish and unbelievable car stunts

The director behind Saw, Insidious, and The Conjuring adds another chapter to the Fast and Furious franchise with Furious 7. If you like fast cars, over the top action, and really bad dialogue, this movie is for you. Early reviews have given it an okay rating, so if you need to turn your brain off and want true escapism, than this movie is for you. 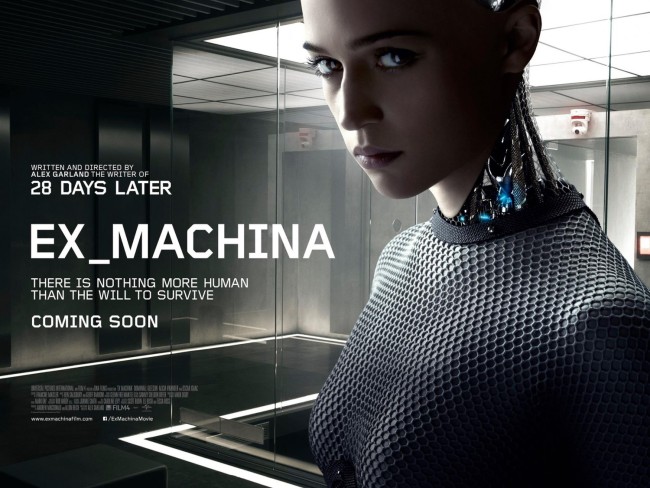 Official Synopsis: Alex Garland, writer of 28 Days Later and Sunshine, makes his directorial debut with the stylish and cerebral thriller, Ex Machina. Caleb Smith (Domhnall Gleeson), a programmer at an internet-search giant, wins a competition to spend a week at the private mountain estate of the company’s brilliant and reclusive CEO, Nathan Bateman (Oscar Isaac). Upon his arrival, Caleb learns that Nathan has chosen him to be the human component in a Turing Test-charging him with evaluating the capabilities, and ultimately the consciousness, of Nathan’s latest experiment in artificial intelligence. That experiment is Ava (Alicia Vikander), a breathtaking A.I. whose emotional intelligence proves more sophisticated–and more deceptive–than the two men could have imagined. (C) A24

This is on my list of one of the most anticipated films of 2015. It’s directed by Alex Garland who makes his directorial debut, but Alex is a highly acclaimed novelist and screen writer. It’s another story about AI and from some early reviews critics are calling this film very smart and slick. If you’ve seen The Imitation Game, this story continues the narrative about the Turing test regarding the differences between man and machine. This could be a fantastic film for you science fiction and horror junkies. Put it on your list. 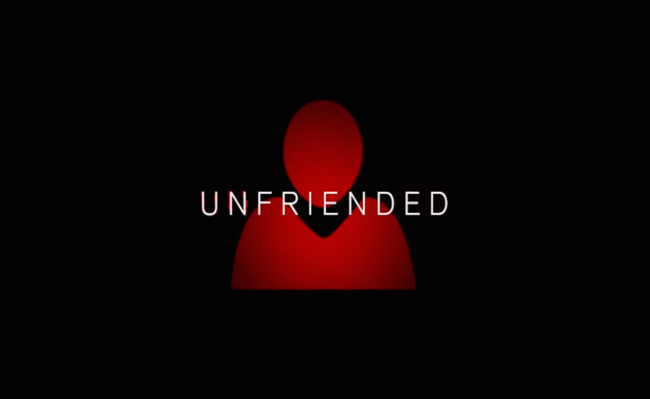 Official Synopsis: Unfriended unfolds over a teenager’s computer screen as she and her friends are stalked by an unseen figure who seeks vengeance for a shaming video that led a vicious bully to kill herself a year earlier.

The story hits close to home in regards to the unfortunate suicide of Amanda Todd. However this film puts a twist on the online bullying narrative by having the deceased teen come back from the dead to enact revenge. This film looks interesting and original so if you like scary movies, this might be up your alley. 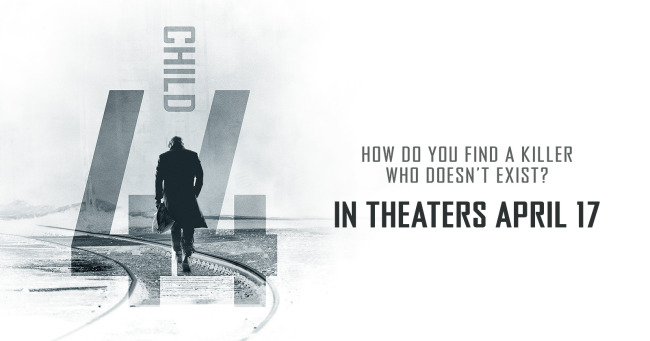 Official Synopsis: A politically-charged serial killer thriller set in 1953 Soviet Russia, CHILD 44 chronicles the crisis of conscience for secret police agent Leo Demidov [Tom Hardy], who loses status, power and home when he refuses to denounce his own wife, Raisa [Noomi Rapace], as a traitor. Exiled from Moscow to a grim provincial outpost, Leo and Raisa join forces with General Mikhail Nesterov [Gary Oldman] to track down a serial killer who preys on young boys. Their quest for justice threatens a system-wide cover-up enforced by Leo’s psychopathic rival Vasili [Joel Kinnaman], who insists “There is no crime in Paradise.” (C) Lionsgate

Rated R – For violence of the Russian variety.

Tom Hardy is about to have a pretty good year. First off we get this gripping mystery about a serial child killer and next month Hardy stars in a Mad Max action flick. Child 44 is based on a best selling novel and this trailer looks very intriguing. This has a very solid cast and with Ridley Scott (Producer) behind it, I fully expect this to be some quality story telling. Put this on your list to either see in theater or video on demand.

Back To The Future (Triple Bill) 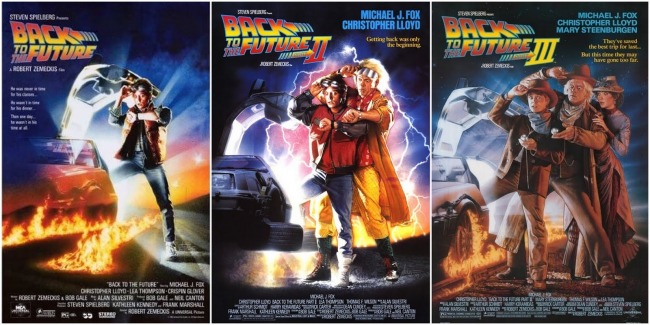 Official Synopsis: Contemporary high schooler Marty McFly (Michael J. Fox) doesn’t have the most pleasant of lives. Browbeaten by his principal at school, Marty must also endure the acrimonious relationship between his nerdy father (Crispin Glover) and his lovely mother (Lea Thompson), who in turn suffer the bullying of middle-aged jerk Biff (Thomas F. Wilson), Marty’s dad’s supervisor. The one balm in Marty’s life is his friendship with eccentric scientist Doc (Christopher Lloyd), who at present is working on a time machine. Accidentally zapped back into the 1950s, Marty inadvertently interferes with the budding romance of his now-teenaged parents. Our hero must now reunite his parents-to-be, lest he cease to exist in the 1980s. It won’t be easy, especially with the loutish Biff, now also a teenager, complicating matters. Back to the Future cemented the box-office bankability of both Fox and the film’s director, Robert Zemeckis, who went on to helm two equally exhilarating sequels. ~ Hal Erickson, Rovi

Hello McFly! If you haven’t seen these classic films by Robert Zemeckis, than you have no soul. However, do not worry because the Rio Theatre will be showing all three films back-to-back-to-back on April 25th starting at 7:00 pm. So grab your life preserver er..I mean vest, hop into your DeLorean and take a trip to the 80s when there were films that had actual creativity and originality.

Official Synopsis: A blind lawyer fights crime by day in the courtroom and by night as a superhero with extraordinary senses in this adaptation of the Marvel Comics character Daredevil.

Rated Who Knows – For why does it matter?

Ignore that 2003 Daredevil film with Ben Affleck. Let’s pretend that didn’t happen. For those of you who are fans of the comic, it appears Netflix has got this right. If you get a chance read the Daredevil graphic novels by Frank Miller as they highly influenced this new television series. The show drops on April 10th for your binge watching viewing pleasure. This is a highly anticipated series so let’s hope it doesn’t disappoint.

There are no real honourable mentions this month as the Spring/Summer blockbusters are just around the corner. Avengers: Age of Ultron opens on May 1.