A blizzard and a seedy motel. Chance encounters that could change everything. Après Moi is a slow burn that leads to a powerful finish. 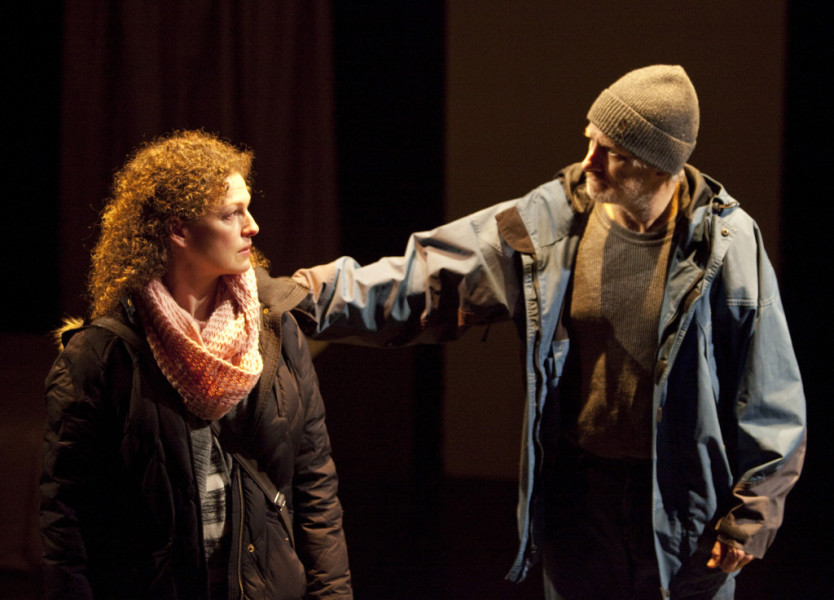 Après Moi by Christian Begin is six versions of the same story, six ways of experiencing the same moment with increasing intimacy. In a motel off Route 117, three rooms are in use. In the first, a man and woman will commit adultery for the first time. In the second, a couple will make love for the last time. In the third, a lonely man wants to die. In each room, a singular, extraordinary event will occur. And when one door opens, will it make any difference to anyone’s destiny?

We begin in three identical motel rooms located in the Cariboo region of B.C. and meet its inhabitants; Matthew, a down on his luck character wanting to reconnect with his son one last time. Researcher Simon who rattles on about his experiments while Stephanie, who picked him up would much rather have a few drinks and start a dance party. Married couple Stephen and Simone share the same motel room they once did as young lovers but couldn’t be more distant.

In Après Moi we see the same night play out in various ways; with each slightly different decision from each character causing to change their trajectory, such as with Simon’s message in a bottle experiments in which he throws them out to sea, waiting for a message to come back from an unknown place.

Each performance from this standout cast doesn’t miss a beat. Particularly strong are Scott Bellis as Matthew, who mostly seems to spend his time in a confused and depressed state until one chance meeting with Simone and Stephen in which he snaps and we truly see his desperation. As Simone, a woman whose past tragedy still looms above her; Jennifer Lines plays the role with the strength of a woman who is trying to hold it all together and failing.

“I’m right here, you know”, a refrain echoed by each character at one point during the production; willing their partners to connect, to cut the bullshit, or just to take the time to really see them. With each time they say it is as though they are throwing out their own message in a bottle, to be answered by the person standing directly in front of them, or another, through a change in course, at some other point in time. Throughout Après Moi the barriers surrounding our characters gradually come down revealing their fragility, their distance, and ultimately, their humanity.

France Perras has the hardest job of the night in The List; a one-woman show at almost an hour long, she manages to keep the audience’s attention while spending almost all of it sitting in a chair. 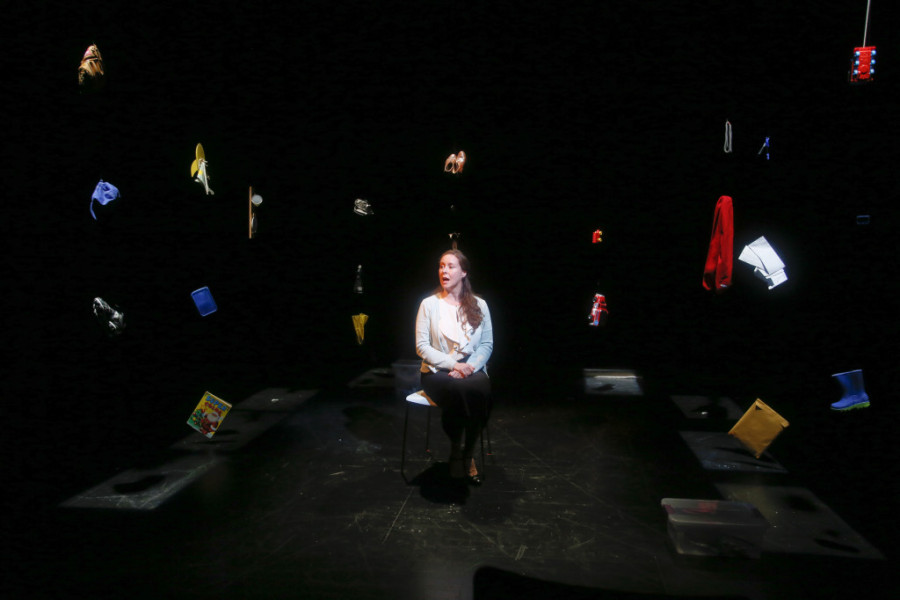 In The List by Jennifer Tremblay, a woman invites us into her kitchen and tells us that her neighbour is dead. The woman, who prides herself on never letting anything slip by, has overlooked an item on her list. Is she culpable in the death? This play is a riveting tale that challenges the audience to see that the essential and the ordinary are inextricably entwined.

Somehow The List doesn’t quite hit its mark. Perras plays The Woman as slightly distant, and cold; although this may be to protect herself from the reality of her situation. It doesn’t quite allow the audience connect; but act as an outside observer; after all we do spend the show watching her from outside her front window. But I somehow wish that The Woman’s careful façade may have shown a few cracks, so that we could connect with the fallible person she is, and made her more relatable.