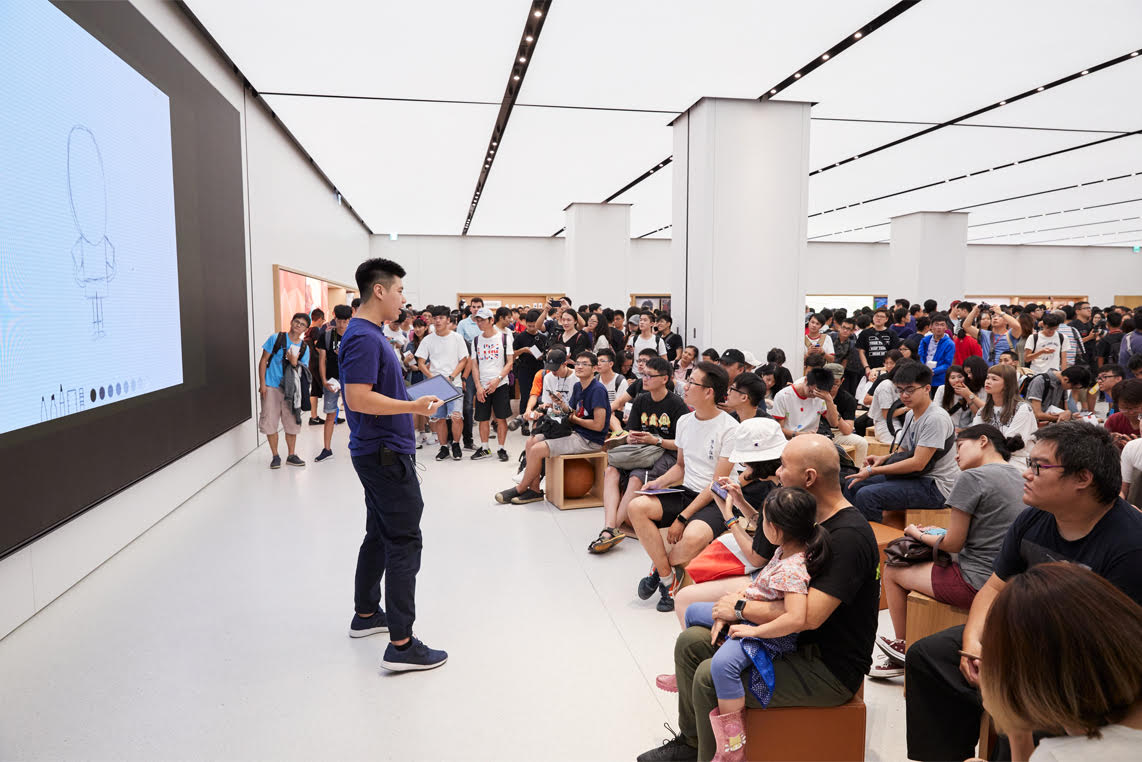 A Today at Apple session in Taiwan (Apple).

Apple is adding 58 sessions to its roster of free in-store creative and tech classes, part of a strategy to transform retail stores into community hubs where people can interact and learn in real life.

Today at Apple classes, which launched in 2017, cover everything from coding to music creation, video, sketching, art and design and photography. They incorporate Apple’s latest and most popular software and apps, including Clips, Procreate and Siri Shortcuts. Among the offerings are a video lab co-created with YouTube star/magician Zach King, where users use the Clips app to create their own “Small Screen Magic.”

“Think of this as the largest retail software release that we’ve done since we launched Today at Apple,” Angela Ahrendts, Apple’s Senior Vice President of Retail and Online Stores, told Daily Hive in a sit down interview at Apple Park in Cupertino, California.

“The retail store is Apple’s biggest product. The architecture is the hardware, what happens inside the store is the software. We happen to call it Today at Apple.” 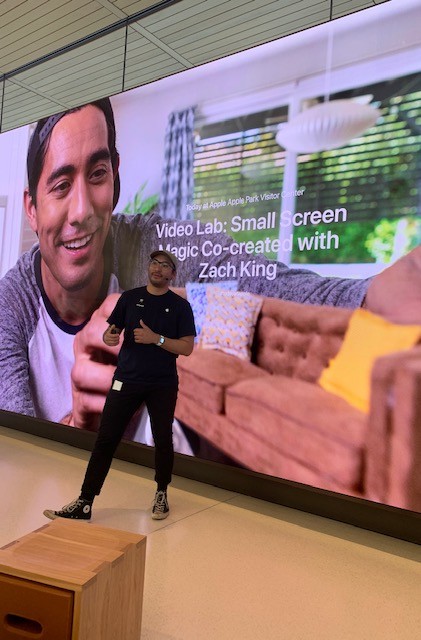 The 60 new sessions fall into three broad categories: skills, walks and labs. Think of skills classes as the 101 courses in college and university: They’re meant for someone who is either new to Apple, looking to learn basic skills, or coming into a new passion, whether that’s sketching using an Apple pencil, or drumming in GarageBand.

Walks take participants out of the store led by a “Creative Pro” to explore their surroundings and the community, whether that’s to learn more about how to use your Apple device to take better photos, capture audio, or film short movies. 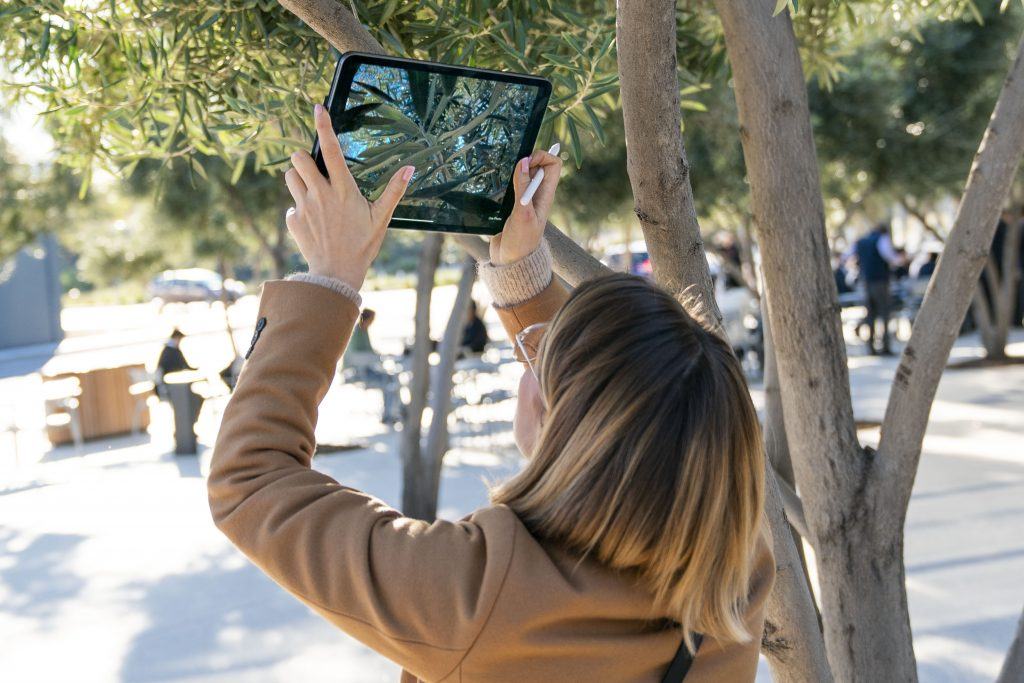 Finally, there are labs. These are the most advanced sessions, many running as long as 90 minutes. Several labs have been co-created with well-known talent. Music producer (and Alicia Key’s husband) Swizz Beatz co-created a music lab, and Florence Welch, of Florence + The Machine, leads a music class on how to build a song.

The creation of a retail store-led curriculum was a no-brainer for the retail team, says Ahrendts. Most people who own Apple devices are only using a fraction of the hardware, so it makes sense to use those existing devices to go deeper, awakening new skills and creativity using something you probably already own. 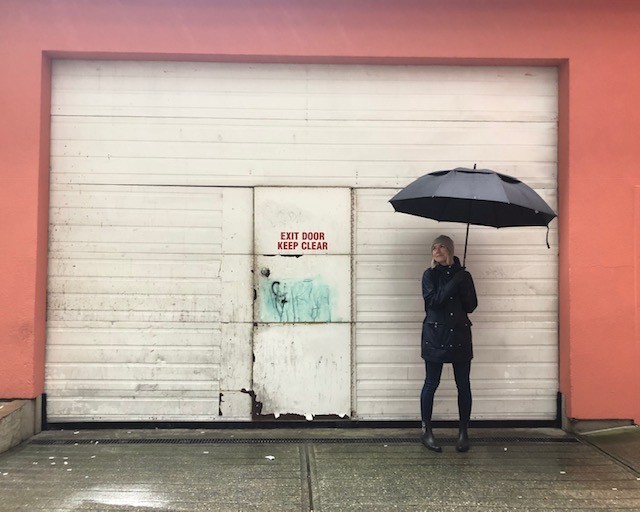 The new course selections were created following a qualitative study asking participants what they enjoyed — and wanted more of. Hands-down the most popular sessions were the photo walks.

So for the first time ever it’s including a “Health and Fitness” walk that teaches people how to better use their Apple Watch. The walk was co-created by celebrity Hollywood trainer Jeanette Jenkins. 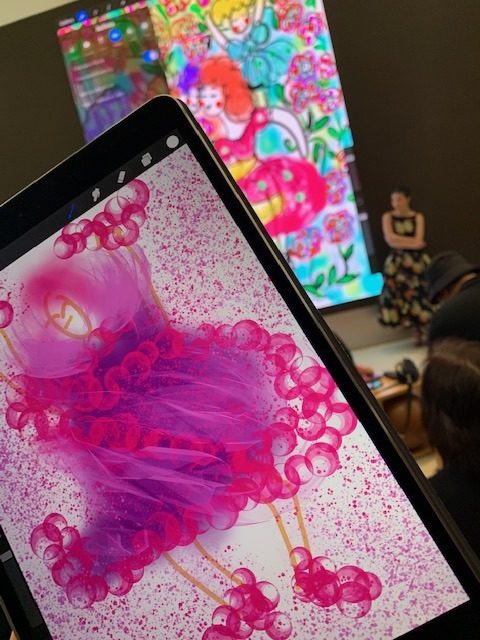 A sketch from the Live Art: Color and Texture in Fashion with Colleen Quen session at Apple Union Square in San Francisco (Darcy Matheson).

“Our hunch is that walks are really popular because people want to connect with one another. They want to have real-life experiences. You can’t have a walk on the internet,” Apple Senior Director Karl Heiselman told Daily Hive.

On Heiselman’s first photo walk, two of the participants realized they follow each other on Instagram when they were taking pictures.

Courses are designed to return multiple times to advance skill sets, and its study found that young people were more likely to attend multiple sessions.

As the branch that directly interacts with users, Ahrendts sees the retail operation as the public face of Apple. 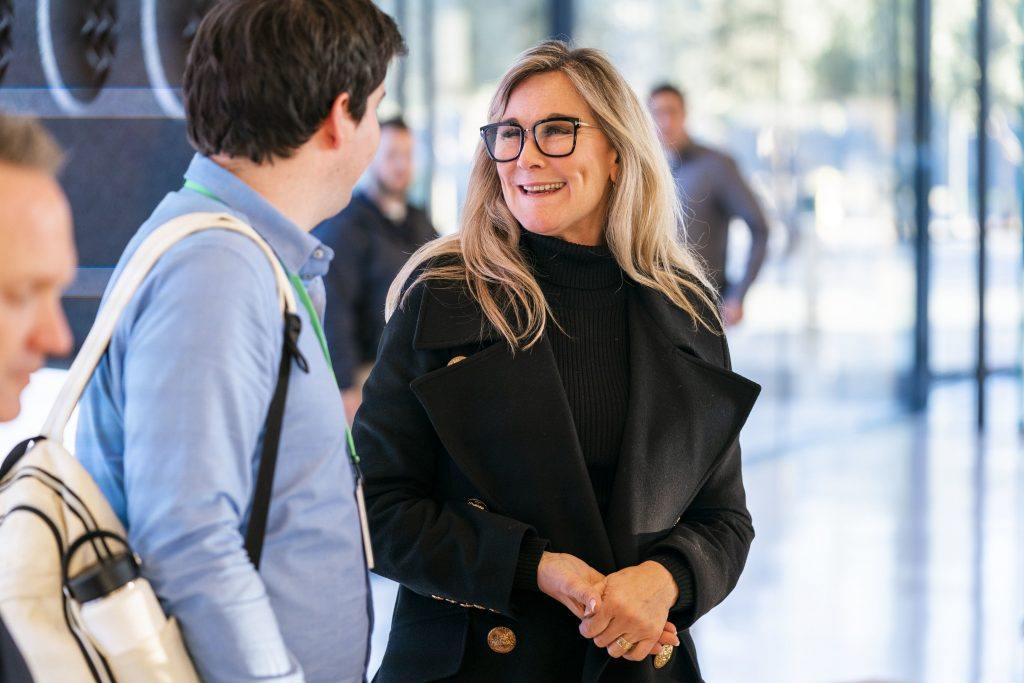 The VP, who joined Apple from heading luxury fashion brand Burberry five years ago, has a goal of revamping stores into “town squares.” The idea puts the customer at the heart of the retail experience. In-store they can learn more about the products, but also enjoy some free WiFi, classes and just hang with friends in a cool place — sort of a community hub for the digital generation, so to speak.

The approach seems to be paying off in spades. As many other major retailers are scaling back retail operations in favour of online operations and purchasing, Apple’s brick-and-mortar stores are thriving, frequently with lineups outside waiting for the doors to open.

“Apple has hardware launches and they also have software launches. So Today at Apple is our in-store experience – it’s our OS,” Ahrendts says.

Apple now hosts 18,000 sessions a week at its retail stores. 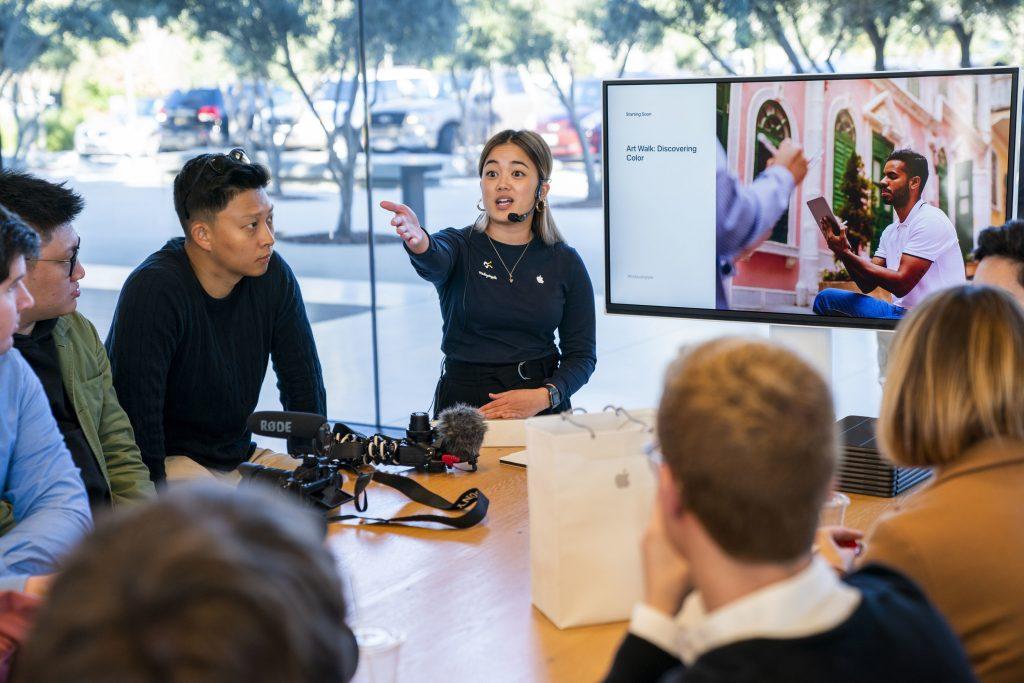 The future of retail

Individual store curriculums can change based on location, time of year, and interests. Participants who don’t own Apple products can just borrow them for the class.

In conjunction with the class additions, the company is upgrading the design elements of its brick-and-mortar stores to increase capacity. The scaling includes adding large video walls and seating, an area termed “The Forum,” that serves as an IRL meeting place and de-facto classroom. Select stores will even be adding groves of trees with integrated seating.

Visit Today at Apple to learn more about classes or sign up for a session at your local store. The new sessions start in store on Thursday, January 31. 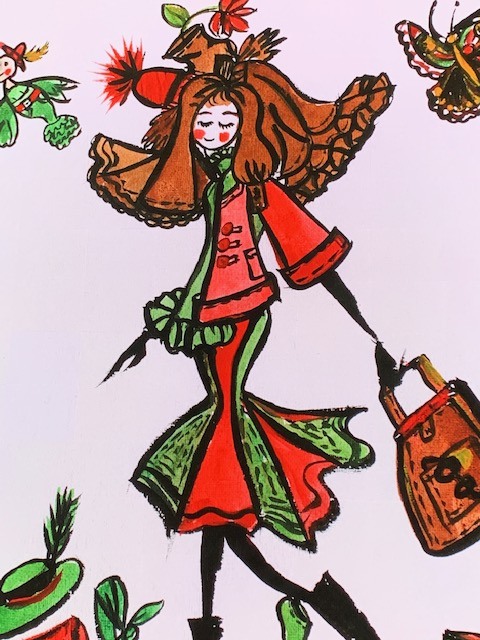