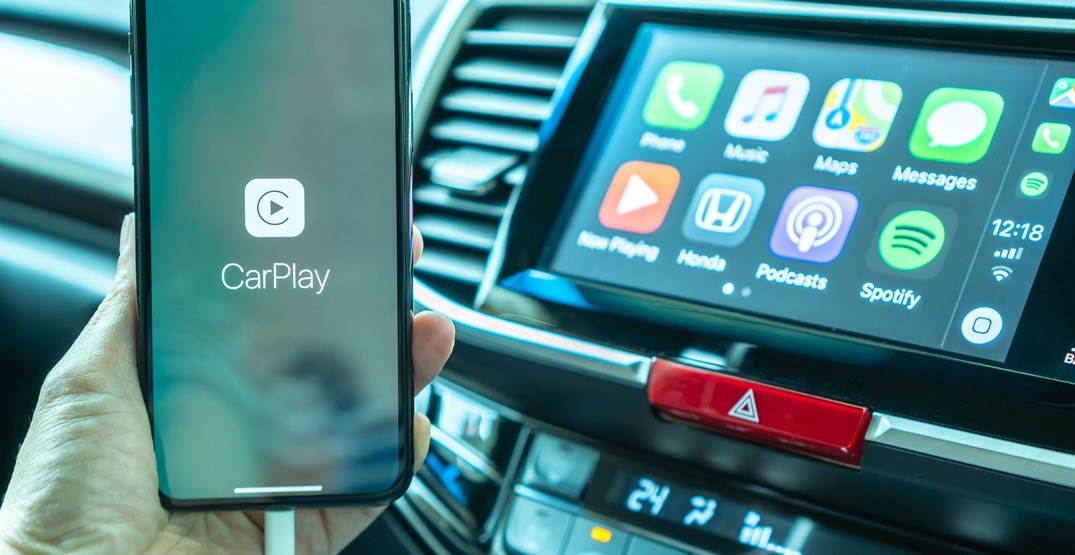 That shiny new car stereo with Apple CarPlay may get you a distracted driving ticket.

That’s because many people who use Apple CarPlay or Android Auto place their phones in their cupholder because of the USB cable that transfers data to the car’s screen.

We asked the Ministry of Public Safety & Solicitor General if this qualified as distracted driving even if though CarPlay is usually displayed through a compliant device.

A representative for the ministry, Colin Hynes, stated: “We cannot comment on the specifics of an enforcement decision made at the discretion of a police officer.”

Hynes referred the Daily Hive to the Ministry’s Use of Electronic Devices While Driving document which provides some guidelines for how an electronic device must be used inside a vehicle.

Ultimately, the law is still under an officer’s discretion in tricky situations. 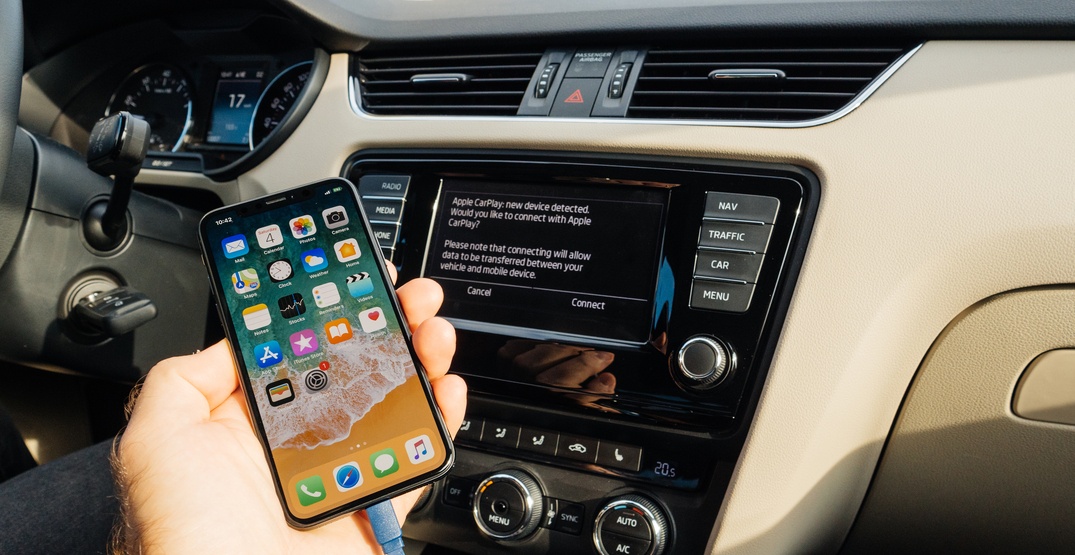 However, there is good news for drivers.

Because the Vancouver Police Department and other BC jurisdictions are using the clarification provided by recent Supreme Court Ruling R. v. Partridge [BCSC 2019, 360], your phone’s untouched presence is not enough to warrant an offence. The ruling summarized that “…the mere presence of a cell phone within sight of a driver is not enough to secure a conviction”.

It is important that drivers never touch or manipulate their phones when using CarPlay and Android Auto. VPD Sergeant Aaron Roed told Daily Hive that “You should be able to utilize those services without touching your phone.”

Specifically, always ensure you are controlling the device through the car stereo and leave your hands away from the phone itself.

Apple CarPlay now supports a wireless connection over Bluetooth and newer car stereos that support CarPlay also support the Bluetooth wireless interface. Similar support is available for Android Auto, though not all Android devices support it yet.

This means drivers can leave phones in their pockets or in a glove compartment and remove doubt as to whether they were touching their phone in the cupholder.

To avoid being penalized for distracted driving it is to follow the provincial guidelines and either stow the phone in a secure compartment or mount it to the dashboard.

Apple did not respond to comment on this story at the time of publication.