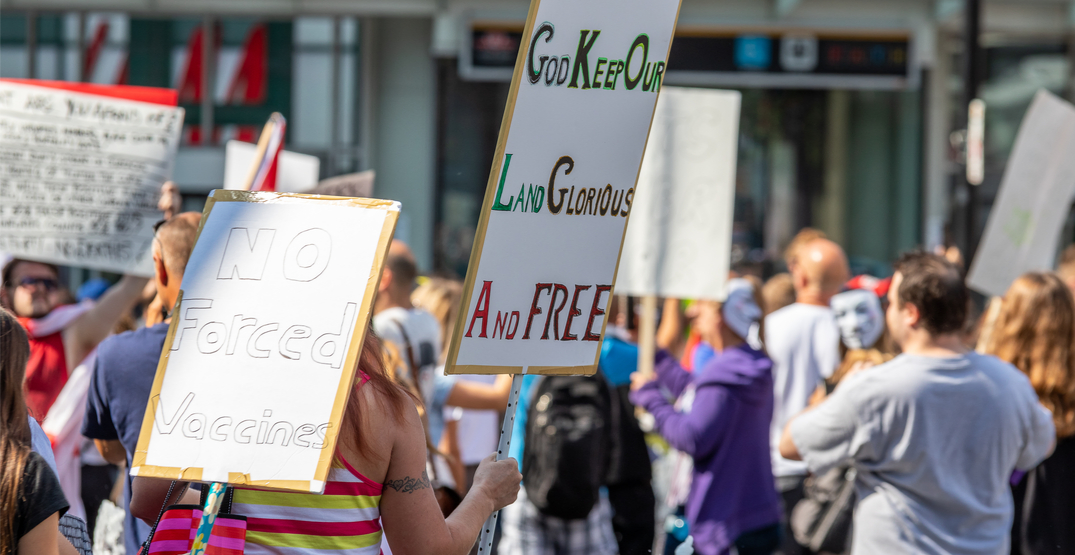 Two Ontario residents have been charged under Canada’s Quarantine Act after allegedly breaking it to attend anti-mask protests in Toronto.

According to Toronto Police, on Saturday, September 20, a man and a woman re-entered Canada through Pearson International Airport after travelling abroad.

Police say they were ordered to quarantine for 14 days, as per the federal act.

Toronto Police say that six days later, on Saturday, September 26, the man was allegedly observed in the Yonge-Dundas Square area downtown, and was issued a Provincial Offences Notice for Failure to Comply with a Quarantine Act order.

At the time, an anti-mask and anti-vaccine demonstration was taking place, and police said that “everyone has the lawful right to peacefully protest,” sharing an image of the scene downtown.

Then on the following Saturday, October 3, the man and woman both allegedly attended Yonge-Dundas Square once again for a rally, which drew 500 other non-mask wearing participants.

On Monday, October 5, 2020, Toronto Police Officers, working on behalf of a federal Quarantine Officer from the Public Health Agency of Canada, say they served an Appearance Notice on the man and the woman.

Toronto Police Chief James Ramer has confirmed that COVID-19 is a public safety risk, and police say “all related laws are being enforced in partnership with municipal, provincial and federal authorities.”