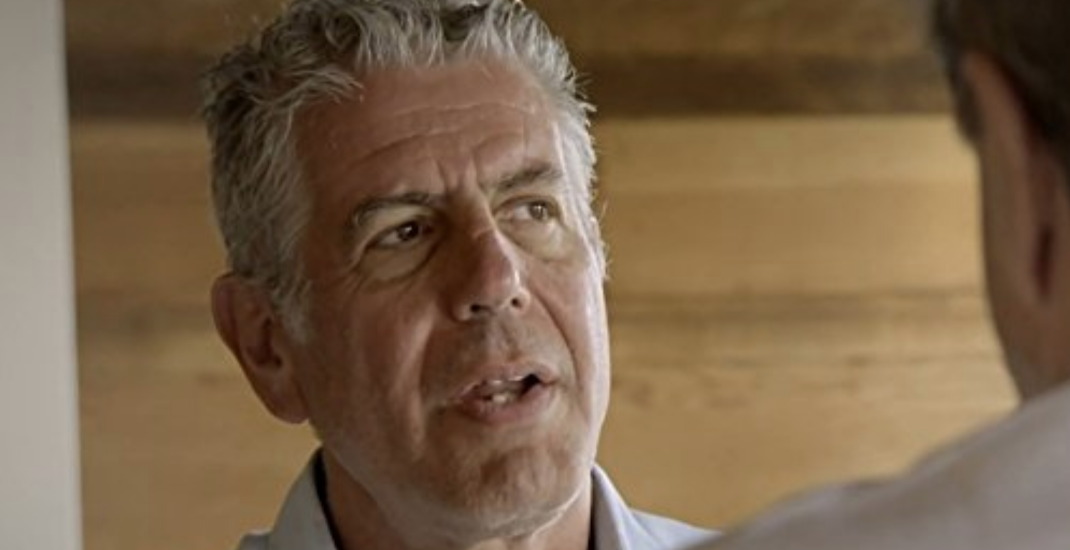 “Anthony Bourdain is fed up with Canada,” according to the Globe and Mail… only he isn’t.

Bourdain took to Twitter over the weekend to call out the national newspaper for the clickbait headline misattributing ire for the whole country to the celebrity chef.

Exactly WHERE and WHEN did I say I was “fed up with Canada”? I am, however fed up with lazy, dumbass click-hungry news outlets like yours

Ironically, the article in question, written by TV critic John Doyle, quotes Bourdain as being fed up with Canadian media, not Canada.

“He’s discouraged by his experience dealing with Canada and its media,” writes Doyle in the paywalled article as he catalogues the backlash to a recent episode of Parts Unknown. The CNN program was first promoted by @PartsUknownCNN in a Tweet using the pejorative term Newfie.

The episode, after it aired, then again spurred controversy for the presence of Montreal chefs Dave McMillan and Fred Morin which Bourdain has since defended for “their relentless advocacy for #Newfoundland” and credited them with convincing him to make the show.

Why were two “Frenchies” on the last ep of #PartsUnknown #Newfoundland? Because they were solely responsible for enticing me there.

Despite the online backlash, Bourdain reassures that he remains resolute in [his] love for Canada… though the same can’t be said for our media.

Another adventure in cretinous .
I am resolute in my love for Canada. Am coming to truly hate its “news” outlets. https://t.co/wcViLnIlUP

While the contents of the article aren’t an attack on the celebrity chef himself, it does contribute to Bourdain’s criticisms of Canadian media, which he slammed just earlier this week for being “click-hungry bullshit with misleading header completely unsupported by text of article.”

Of course, being paywalled, most people won’t read anything more than Doyle’s headline, and perhaps most entertaining is that Doyle doesn’t seem to recognize the irony which has caused Bourdain to spell it out once again.

This is mad.
Anthony Bourdain @Bourdain has taken grave exception to this column. Kinda think he hasn’t actually read it. Anyway. It’s less about him than about Newfoundland. Here: https://t.co/2rnA0siR0T

Well, you can’t please everyone. Even when you defend them and their work, they call you “cretinous.” That’s television for ya. “Crétin”, no less. https://t.co/n8Eb8ZcJa5