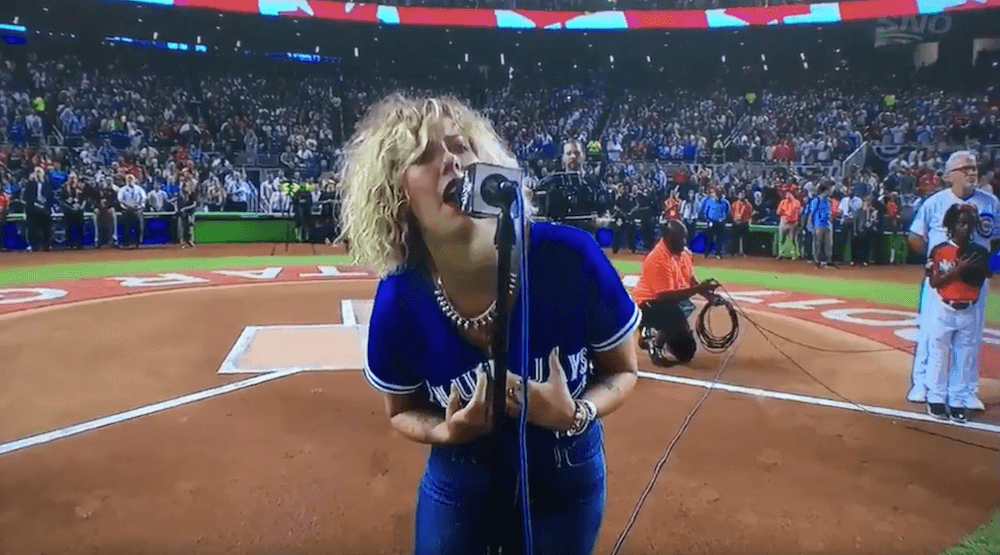 For the second straight year, people are talking about the singing of the Canadian national anthem at the MLB All-Star Game.

Thankfully, this year’s rendition was much less controversial.

Canadian singer/songwriter Jocelyn Alice was tasked with singing O Canada before the Midsummer Classic on Tuesday in Miami. No, the Calgary native didn’t change any of the lyrics, but she did add something extra: a giggle.

Wearing a Toronto Blue Jays jersey, Alice appeared to giggle after singing the lyrics “God keep our land,” before continuing with the rest of the anthem.

The reactions from Joey Votto & Justin Smoak during the Canadian anthem, was, uhh, something? What’s with that laugh? #Remix #MLBAllStarGame pic.twitter.com/QaofBFbVK8

This is the second straight year of controversy concerning the singing of O Canada at the MLB All-Star Game. Remigio Pereira – now formerly of the Tenors – changed the lyrics to include “all lives matter” before last year’s game in San Diego.