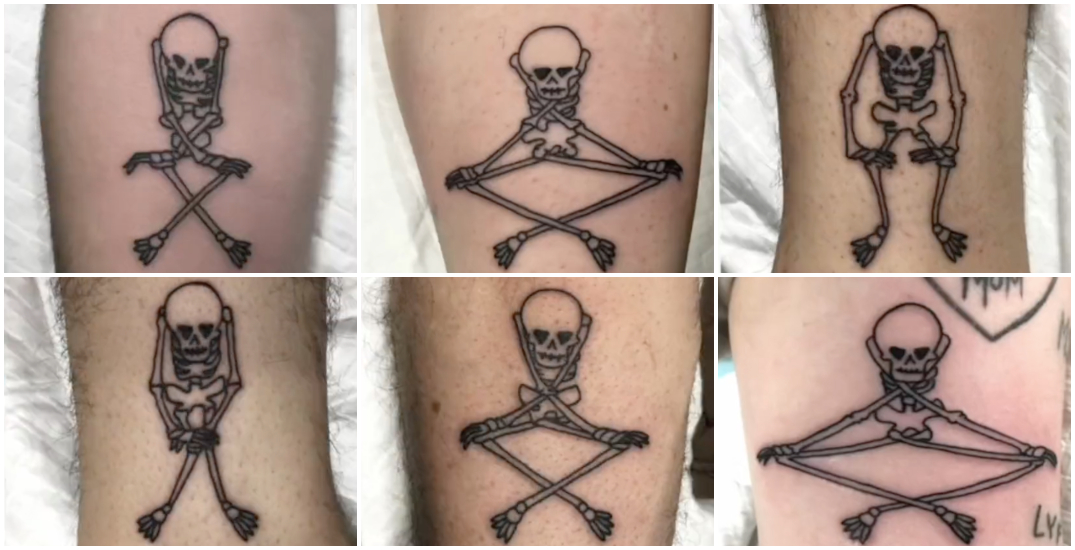 Sure, everyone can get a tattoo, but how many people can say they’re part of a tattoo animation series?

Montreal artist Phil Berge has been specializing in stop motion animation tattoos for over four years, but a recent TikTok video has vaulted him into the virality.

The video, which has received over 1.5 million views since being uploaded on Thursday, explains that Berge “makes tattoos move.” The artist says that he tattoos each frame of an animation onto different people — who “generally don’t know each other” — and then takes pictures of the entire series and puts them together to form a stop motion animation.

He says he is currently working on a classic Koko The Clown series in his “most ambitious project” yet. The Koko series needs to be 60 frames, 54 frames of which are already tattooed on his customers.

He says that people who want to be part of his animation tattoo journey should visit him at the Tatouage Royal parlour in Montreal.

Over the years, Berge has amassed an impressive collection of his moving tattoos, including plenty of The Simpsons characters, Felix the Cat, the Pink Panther, Rick from Rick and Morty, and more.

Check out his full tattoo animation library on his YouTube channel.