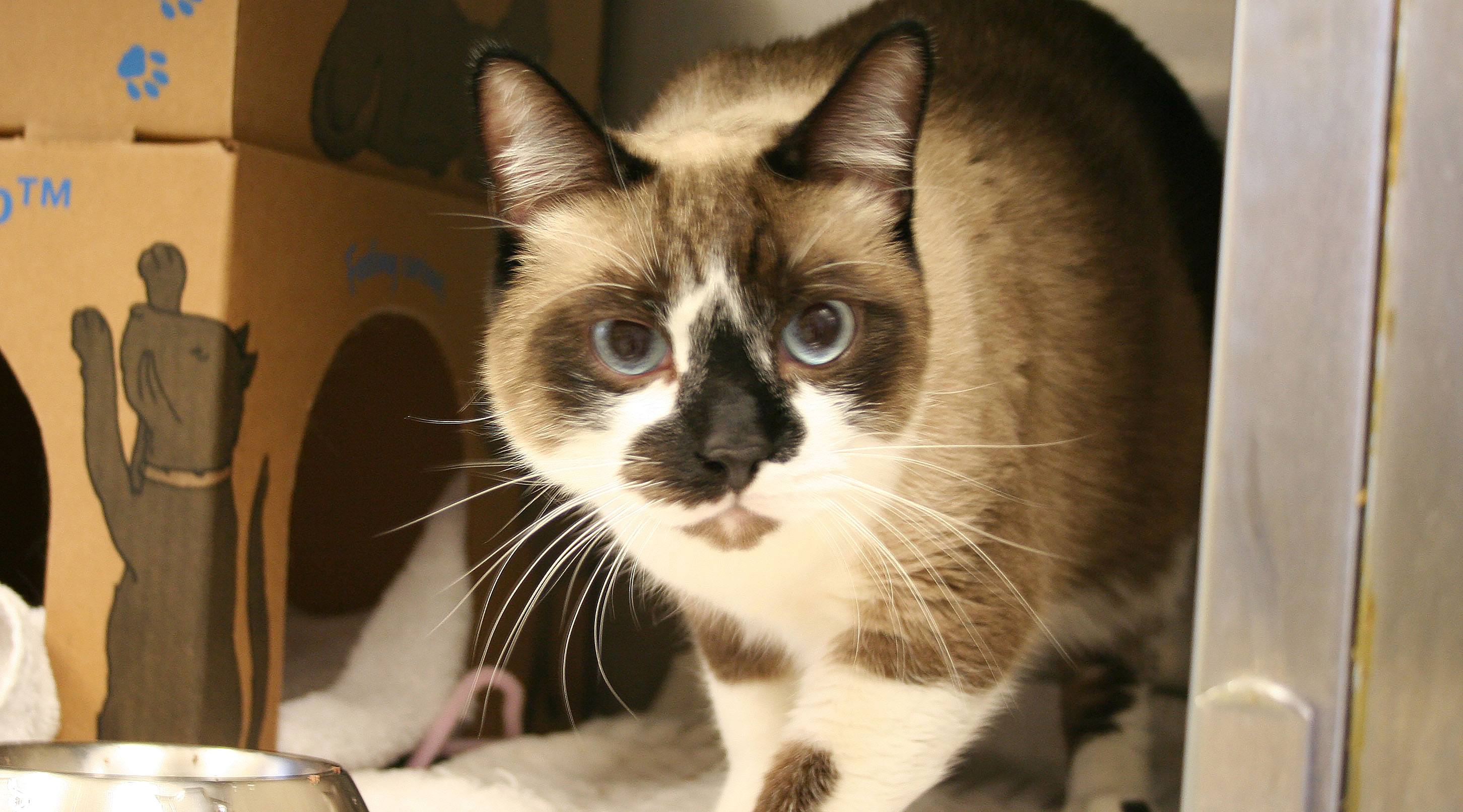 The SPCA has seized 17 animals in Langley, after executing a warrant on a rescue society in Langley for the third time in recent years.

The animals, deemed to be in a distressed condition, were one female ridgeback dog with 10 puppies, one greyhound, four cats and one rabbit.

“The mother ridgeback had mastitis, the greyhound had a skin condition, and the rabbit would appear to have a broken leg,” said Moriarty.

“The cats were found in an area with inadequate ventilation and there was noted to be some discharge in the eye, which could be attributed possibly to that environment.” 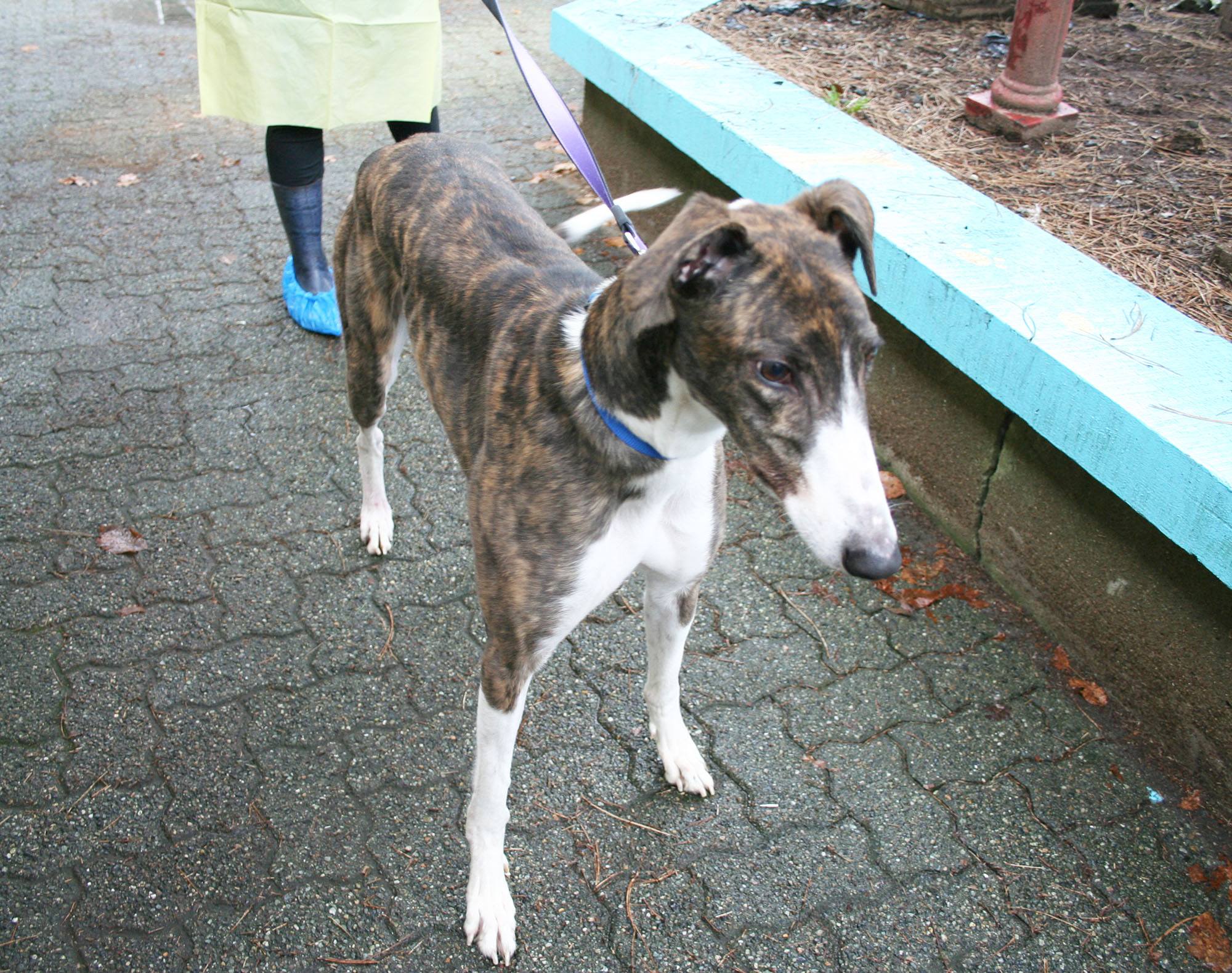 The greyhound dog seized from Sandra Simans in Langley (SPCA)

The property is owned by Sandra Simans, who claims to be running a rescue centre there called 1atatime Rescue Society.

Simans has a long history with the SPCA, dating back to 2012, when the SPCA first executed a warrant on her property.

At that time, the SPCA seized 68 animals from her property, suffering from various problems including severe periodontal disease, poor body condition and skin infections.

However, the animals were subsequently returned to the owner, and various warrants, orders, order refusals, and a court dispute followed.

Then in September 2016, the SPCA seized 88 more animals from Simans, including 45 dogs, 18 cats, a pot bellied pig and red-eared slider turtle.

After the seizure, two of the dogs and one of the cats were deemed to be in such critical distress and untreatable suffering, they had to be euthanized. 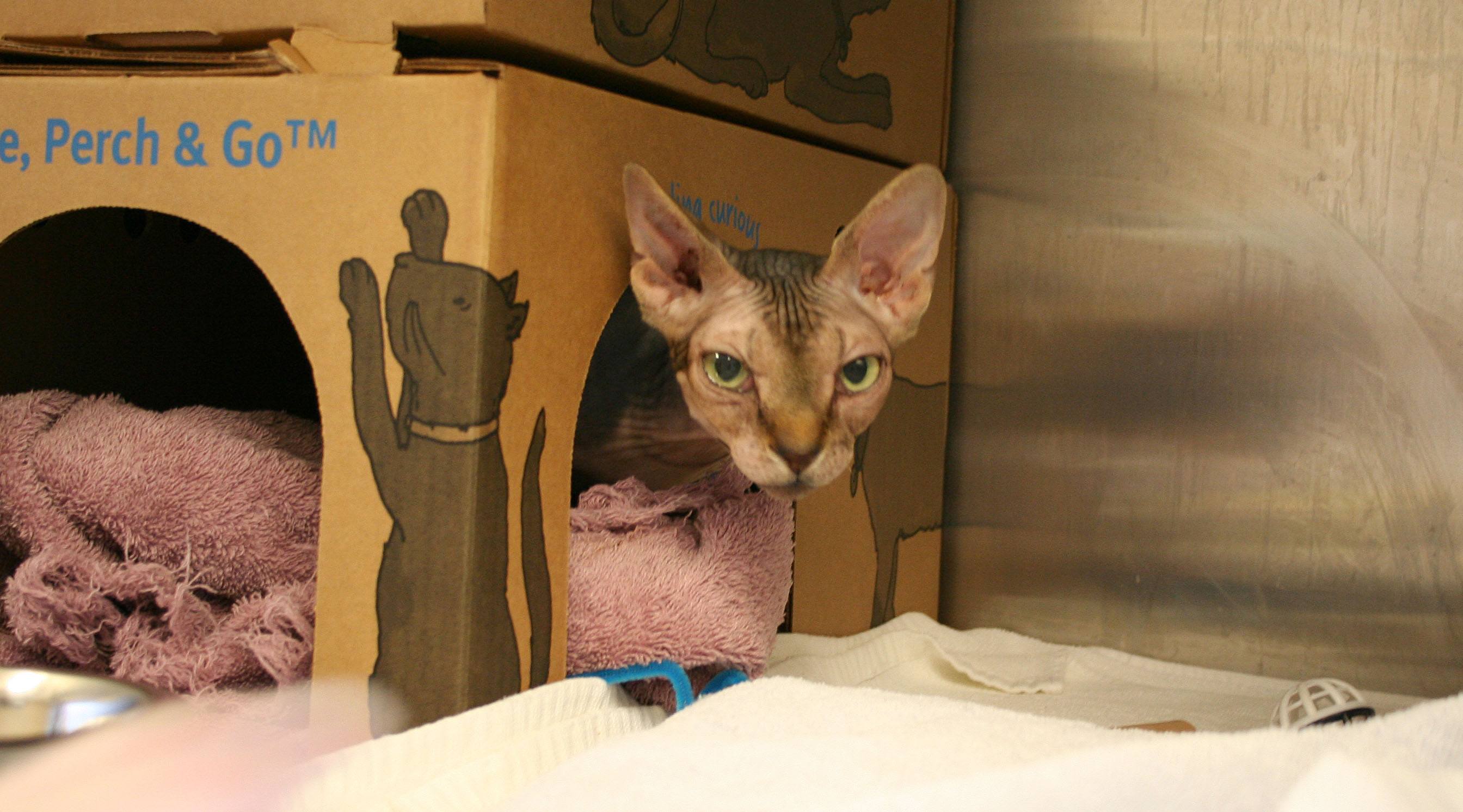 A hairless cat seized from Sandra Simans in Langley (SPCA)

Simans appealed the seizure, saying she was an animal lover and rescuer, who either kept the animals in a semi-sanctuary state or found them adoptive homes.

But a decision by the BC Farm Industry Review Board held up the seizure and non-return of the animals, describing some of the conditions there as “unacceptable.”

“I cannot stress enough how heartbreaking the circumstances of this case are. It is
truly horrifying that so many animals need rescuing,” the decision reads.

“Despite this, the noble intention of rescuing an animal from distress or harm or neglect does not provide any rescuer with an opportunity to create or perpetuate an additional albeit different situation of distress for a rescued animal to live in.”

“To continue such suffering, even under the umbrella of rescue, is unacceptable.”

Moriarty said it appears Simans does not know how to care for the animals she claims to be rescuing.

“She unfortunately seems not to be able to recognize when animals require veterinary treatment and as a result the animals meet the definition of distressed,” said Moriarty.

The SPCA has now recommended animal cruelty charges against Simans, based on the September seizure last year, and are waiting to see whether the Crown agrees.

“She’s not in a position to be properly looking after these animals,” said Moriarty. “We’d like to see her have a ban on owning or caring for animals.”