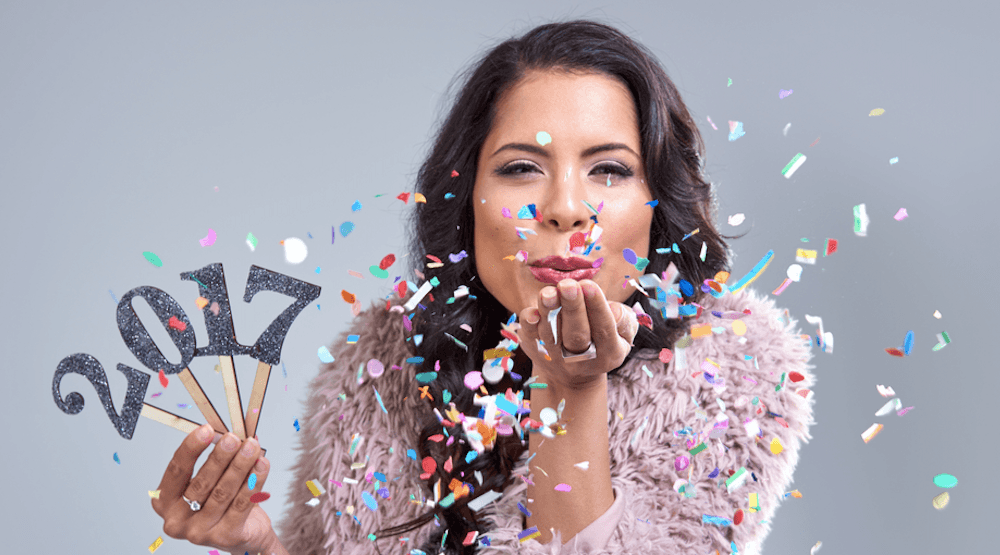 Canadians were ready to say goodbye to 2016, but looking ahead, most are unsure if 2017 will be any better.

A recent poll by the Angus Reid Institute has found that Canadians expect 2017 to be a bad year for the country, but not as awful as 2016.

The poll surveyed 5,128 Canadian adults and found that overall, respondents are more positive about 2017 than what they experienced in 2016. However, those who think the year will be bad outnumber those who believe the year will be good. 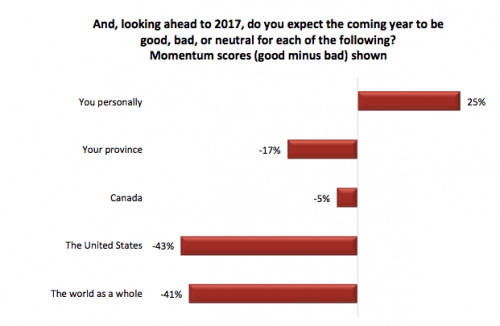 British Columbians and Manitobans are more positive about 2017 being a good year for their provinces. Whereas those living in Newfoundland and Labrador, Ontario, and Alberta think this year will be a negative one for their regions.

It seems that Canadians are expecting an extremely grim year for their southern neighbours. Six-in-ten Canadians (59%) anticipate that 2017 will have negative consequences for the United States. The Angus Reid Institute highlights that these predictions of negativity are related to Donald Trump’s presidential win.

With 361 days left in 2017, we will just have to wait and see what this year brings for Canada and the rest of the world.