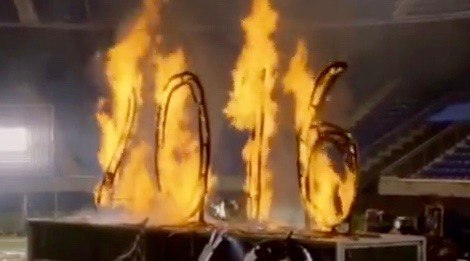 So much so, it was a trending narrative about 2016, according to a recent report by the Angus Reid Institute.

The Institute polled Canadians about the past year, asking whether it has been a good or bad one for themselves, their country, and the world at large.

In response, Canadians had a dim view of all three. Overall, an equal 31 per cent said the year was good and bad on a personal level. Although that number changed, as 38 per cent viewed this past year as bad for Canada, where only 25 per cent saw it as good.

The numbers changed drastically when polled about the United States where 65 per cent felt negatively about the U.S. this year. 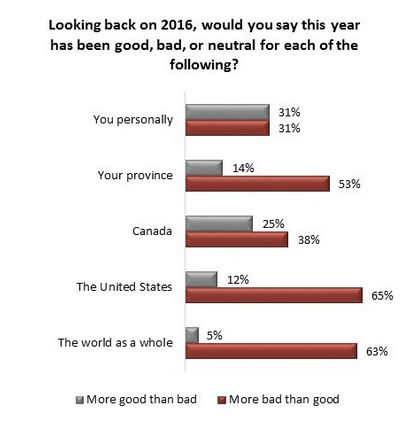 Provincially, Manitobans seemed most happy with their year, while residents of Newfoundland and Labrador and Alberta were the opposite. Both provinces had been hit by unemployment throughout the year, leaving residents feeling unsatisfied with 2016. Over 70 per cent viewed Alberta’s year as a bad one for their province.

Among the Poll’s key findings were: