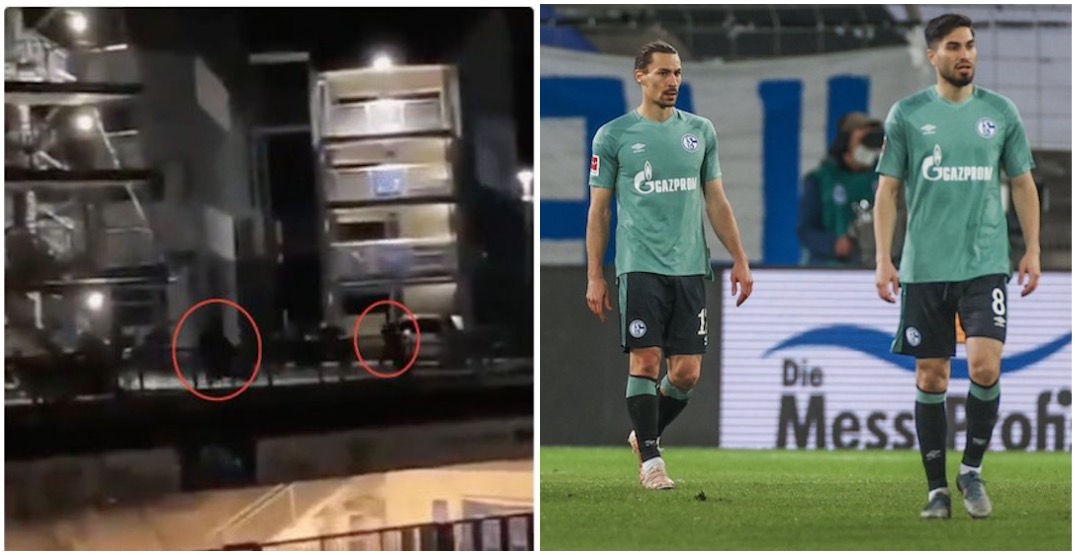 While it’s not uncommon for sports fans to get upset at the teams they cheer for, it’s not every day you see them actively chase them through the streets. However, that is exactly what some soccer fans in Germany did.

Bundesliga soccer team Schalke lost 1-0 to Arminia Bielefeld on Tuesday, meaning they would be relegated from the league.

Local police said that “500 to 600 people” waited for the team upon their return to Gelsenkirchen, outside of their home stadium. When the players left the team bus, “eggs were thrown at them and they were verbally abused,” according to police.

Video has since emerged that shows an angry mob of fans chasing the players away from their bus.

Schalke has released a statement condemning the action of their fans and adding that an investigation has already begun.

“During the course of the encounter, some currently unidentified individuals overstepped boundaries that are non-negotiable for FC Schalke 04,” the team’s statement said.

“Despite the understandable frustration and anger with our relegation to the Bundesliga 2, the club can never accept the physical endangerment of our players and staff. That is exactly what occurred during last night’s confrontation. The club strongly condemns this behaviour and stands behind our staff.”

“An investigation into the incident is already underway.”

This was the Schalke’s first relegation since 1988. Since then, the team has enjoyed some success by winning the UEFA Cup in 1997 and reaching the Champions League semi-finals in 2011.

As of UEFA’s 2020 club rankings, Schalke was ranked as the 32nd best team in Europe. Just two years ago, the team was in the last 16 of the Champions League.

This season, however, has not gone well. Earlier in the season, Schalke narrowly missed equalling the worst run in Bundesliga history by a game, having gone 30 consecutive league matches without a win. The team only has four games remaining this season and have only compiled 13 points.