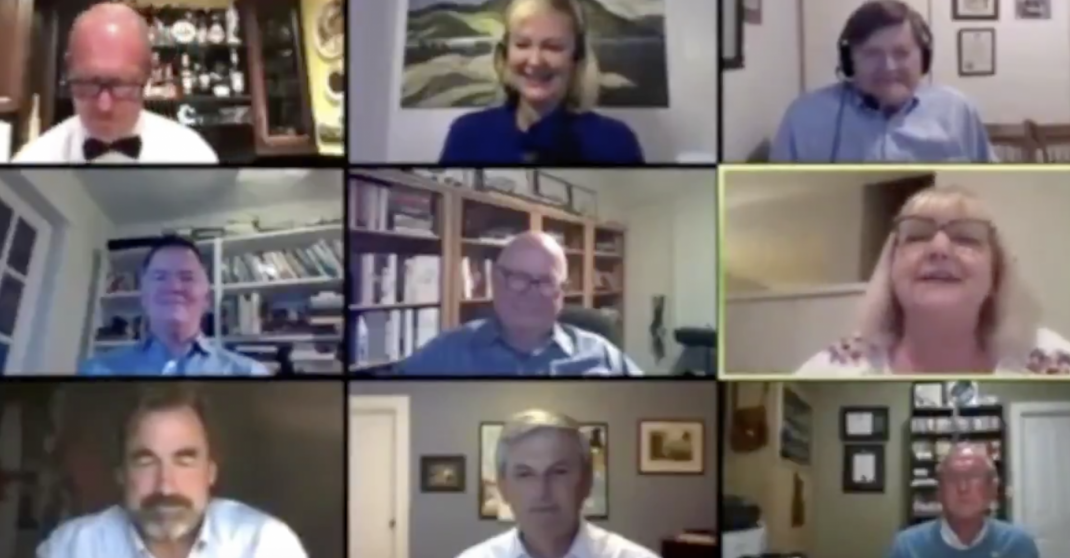 He laughed but did not utter a word when a woman politician was being disparaged in a sexist way by a member of his caucus.

You know, they say a picture is worth a thousand words and, in this case, a video is worth  a million.

Such was the reaction online and in real-time when this video, straight from 1950s Mad Men, came to light. Wilkinson, a leader who has failed to connect in so many ways, is now
exposed as lacking leadership when it comes to sexism.

There is no better description of BC Liberals attempting to ridicule Bowinn Ma than Bowinn’s own words: “It is casual sexism that women should not have to bear while they are simply trying to live their lives and do their jobs.”

There will be apologies and apologists, but the truth is that this issue for Andrew Wilkinson
doesn’t start or end with this disgusting video.

When attempting to dismiss the importance of a recent government budget, Wilkinson likened women fleeing domestic violence as “people who are in a tough marriage.” Then, when he was asked about this despicable comparison, he did not apologize but instead defended himself by saying that “tough marriages” are on a spectrum that includes domestic violence.

When the so-called apology finally rolled around, he only admitted to a wrong *choice* of words.

The culture of an organization is determined by the choices of the powerful few within it. Under Andrew Wilkinson, the BC Liberals have nominated a slate of candidates that is 70% men. Wilkinson will blame this on the snap election call, but that sorry excuse for representation is a result of choices he and his party made.

Women making up less than a third of BC Liberal candidates is not progress — and it’s definitely not renewal for a party that desperately needs it.

The culture of casual sexism is when someone says, “Well, we tried to recruit more women but it was too hard.”

We see it in hinting that successful women are only so because they used their sexuality to advance their careers. We hear it when someone suggests that men’s sexualization of women is the fault of women. But most often, it’s not heard. Instead, it is the silent smirk of someone who chooses to say nothing.