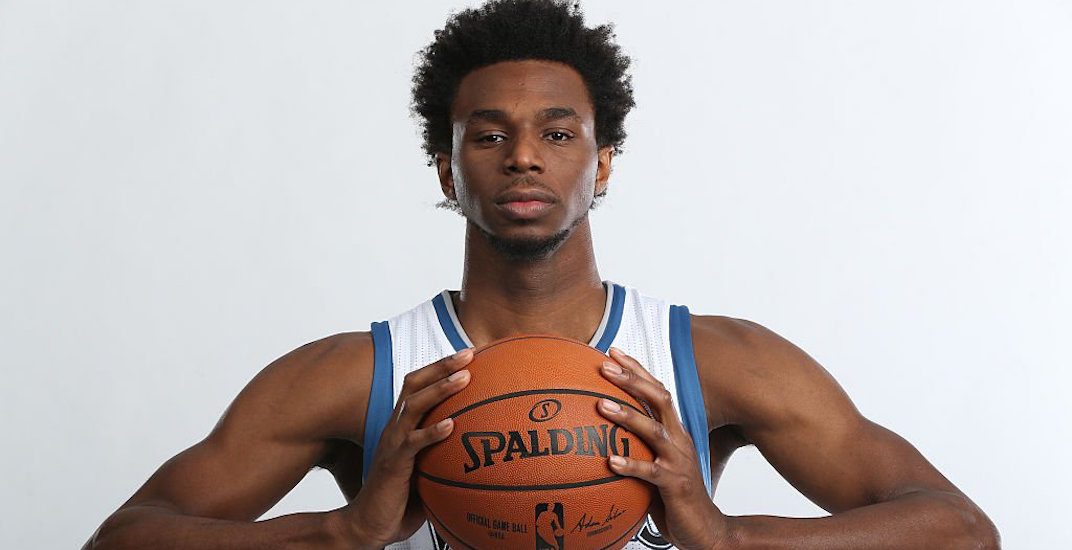 Andrew Wiggins has made history.

Putting the pen to the paper. ✍️ pic.twitter.com/PJCgnMiESI

The average value of the contract, $29.6 million, kicks in next year and will make Wiggins the highest-paid Canadian athlete ever. Wiggins will actually make even more money than that when you consider his lucrative endorsement contract with Adidas.

“Andrew is one of the best young players in the NBA and he has the talent and work ethic to get even better and be a foundation for our franchise for many years,” Minnesota Timberwolves owner Glen Taylor said in a media release.

“We feel strongly that he is just scratching the surface of the player he will become,” added Timberwolves president of basketball operations and head coach Tom Thibodeau.

It’s easy to see why the T-Wolves opened the vault for Wiggins.

A first overall draft pick in 2014, Wiggins lived up to the hype right away, winning Rookie of the Year in 2015. He’s improved in each of his first three seasons in Minnesota, averaging 23.6 points per game last year.

“I’m very excited to continue my career with the Timberwolves,” Wiggins said. “I love it here. The fans and organization have supported me from my first day here in Minnesota. I want to thank Glen Taylor, Tom Thibodeau, the entire coaching staff and my teammates for believing in me. We’ve had some good times over the last three seasons, but the best is yet to come. I look forward to doing right by them and bringing this team to the postseason.”

Connor McDavid will become the highest paid NHL player next year with the average annual value of his contract at just $12.5 million per season.