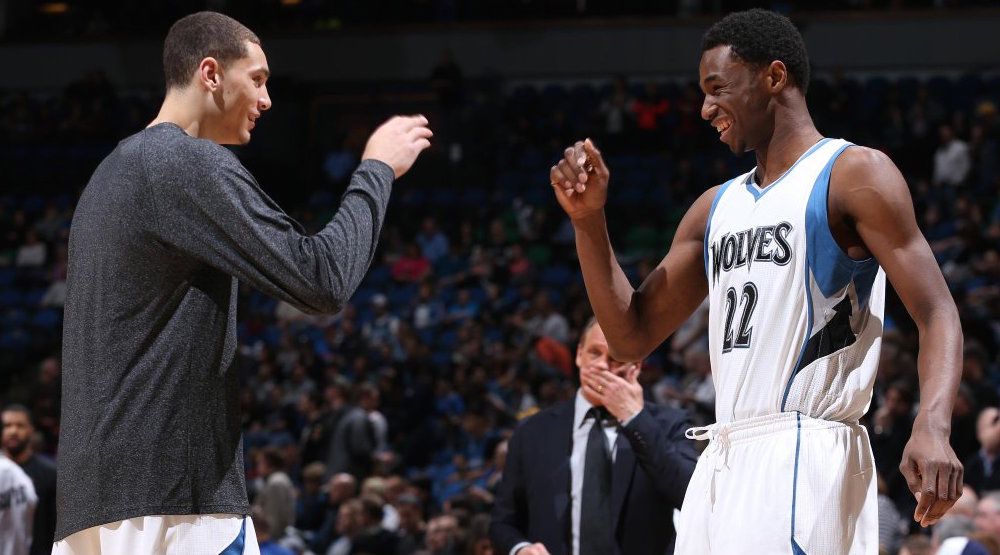 Andrew Wiggins is about to get paid.

The 22-year-old NBA star from Vaughan, Ontario is reportedly on the verge of signing a five-year, $148 million contract extension with the Minnesota Timberwolves. If signed, the extension would kick in for the 2018-19 season, paying him $25.5 million in year 1 and holding an average annual value of $29.6 million.

Until then, the Canadian hoops star will have to get by on $7.57 million, which he’ll earn next season.

It’s not hard to see why Wiggins is about to cash in.

The NBA Rookie of the Year in 2015 has improved in each of his first three seasons in the NBA. The former first overall draft pick averaged 23.6 points per game last season with the T-Wolves. Given his young age, he should get even better.

It’s important to note that Wiggins’ salary does not include money from endorsements or other revenue streams. He earns additional money through his contract with Adidas.

The highest annual salary by Canada’s greatest NBA player of all-time, Steve Nash, was a measly $13.125 million in 2009-10 while with the Phoenix Suns.

Wiggins’ average annual salary is more than double that of Connor McDavid, who will become the highest paid player in NHL history when his new contract kicks in.

This year, not a single Canadian athlete made the Forbes list of top 100 highest paid athletes. Wiggins’ first-year salary of the reported contract would rank 27th on the Forbes list, minus endorsements.

Wiggins has a ways to go before topping the entire world in money, as everyone trails Portuguese soccer player Cristiano Ronaldo, who is the highest paid athlete globally. Ronaldo will make a whopping $93 million – $58M in salary, $35M in endorsements – according to Forbes in 2017.