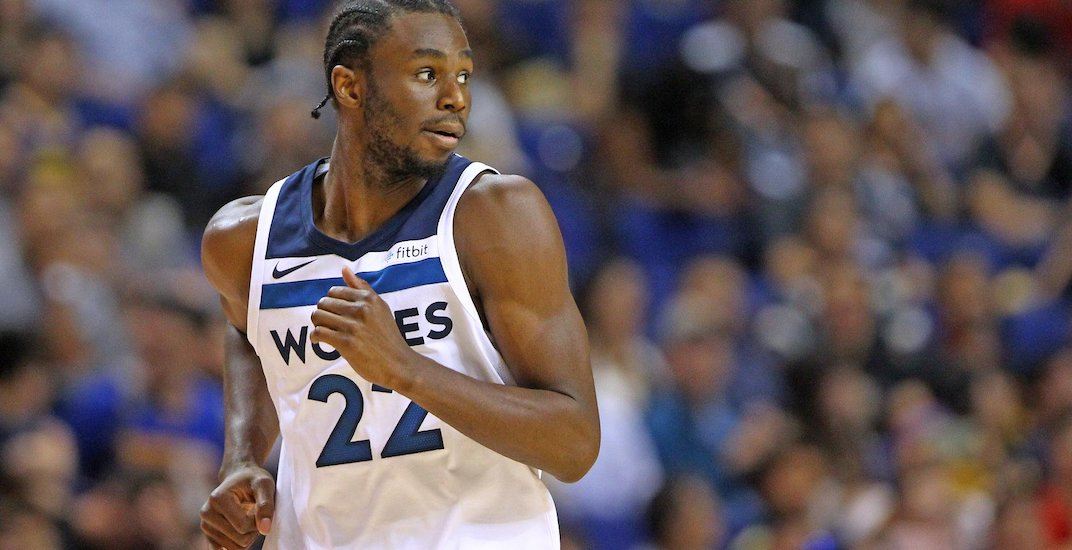 Canadian NBA star Andrew Wiggins had some explaining to do on Wednesday.

Following a 40-point performance in a 119-117 win by his Minnesota Timberwolves against the Oklahoma City Thunder, Wiggins was quoted as using an inappropriate word to describe OKC guard Dennis Schroder.

Schroder was incensed by what he believed were Timberwolves players laughing following an injury to his teammate.

The Thunder’s Nerlens Noel hit his head on the court while trying to defend a dunk attempt by Wiggins. Noel left the game on a stretcher.

Thoughts out to Nerlens Noel. His head smacked the ground very hard after trying to block a Andrew Wiggins dunk attempt. He left the game on a stretcher.pic.twitter.com/OLtkzQuJWs

Schroder was heard yelling “What are you laughing at?” towards some Minnesota players.

Post-game, Wiggins was quoted as saying something he shouldn’t have by numerous outlets. This was the quote:

“I don’t know what’s wrong with him. Uh, he was just gay. He was acting crazy for no reason. I look right through him. He’s not someone I look at as a problem. Not at all.”

The 23-year-old from Vaughan, Ontario sent out two tweets on Wednesday to clarify what he said. Wiggins claims he used the word “getting” rather than “gay” before adding that has the “utmost love and respect for the LGBTQIA community.”

Id like to clarify what I said tonight during my post game media session. I said: “I don’t know what’s wrong with him he was just getting… acting crazy for no reason”.

I have the utmost love and respect for the LGBTQIA community and I would never use any term to disrespect them in anyway.

Andrew Wiggins talks about the dunk attempt on Nerlens Noel and the altercations with Dennis Schröder #Thunder #Timberwolves pic.twitter.com/f5qpHQNNox