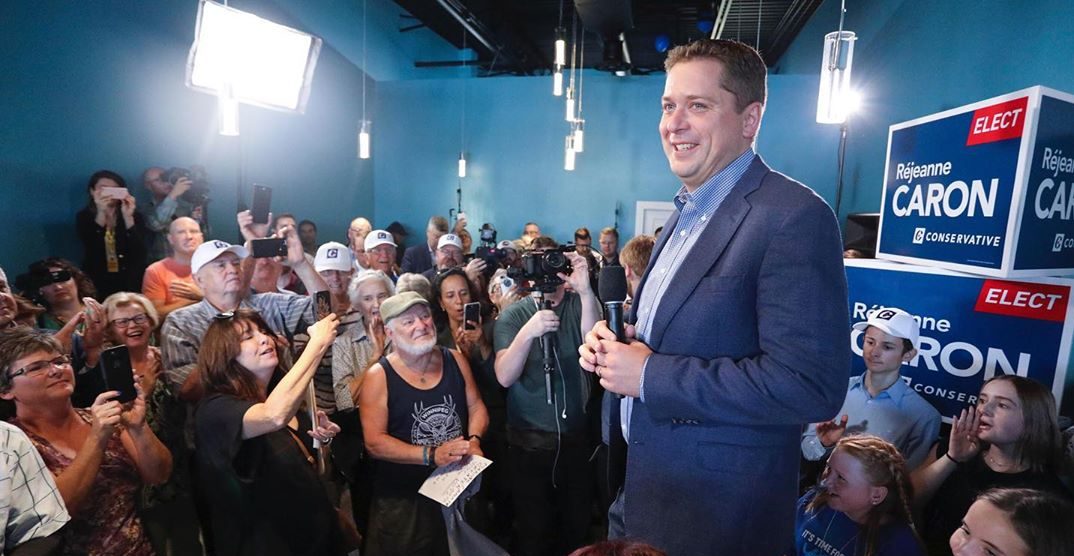 Conservative Leader Andrew Scheer says he would meet premiers to push for a new interprovincial free-trade agreement within the first 100 days if he becomes prime minister.

“It should not be easier to trade with other countries than between Canadian provinces,” Scheer said. “We are one free country, we should have one free market.”

Scheer is campaigning in Quebec today, a province where he hopes to make significant gains in this election. Recent polls suggest the support Conservatives had in Quebec coming into the campaign has dropped in large part because of an increase in support for the Bloc Quebecois.

Scheer took pains Tuesday to try to push the Bloc back, alleging (as he did during last week’s leaders’ debates) that leader Yves-Francois Blanchet would work with the Parti Quebecois to resurrect separatism and push Quebec into another referendum.

Standing with most of his candidates in the Quebec City area, Scheer said the first ministers meeting on interprovincial trade would be January 6 with a view to setting a process for reviewing provincial trade regulations and laws that differ from each other.

“When you talk to different manufacturers and producers of all different types of products there are still many different hurdles,” he said.

The goal of the meeting would be to determine which ones are reasonable areas for provinces to protect, and which are just unnecessary barriers to interprovincial trade.

The last Conservative government started working with the provinces on the Canadian Free Trade Agreement in 2014, and the negotiations were completed and the agreement came into force under the Liberals in 2017. That agreement has a regulatory reconciliation process built into it.

Some of the biggest struggles among provinces include acknowledging professional qualifications for workers, and cross-provincial alcohol sales.