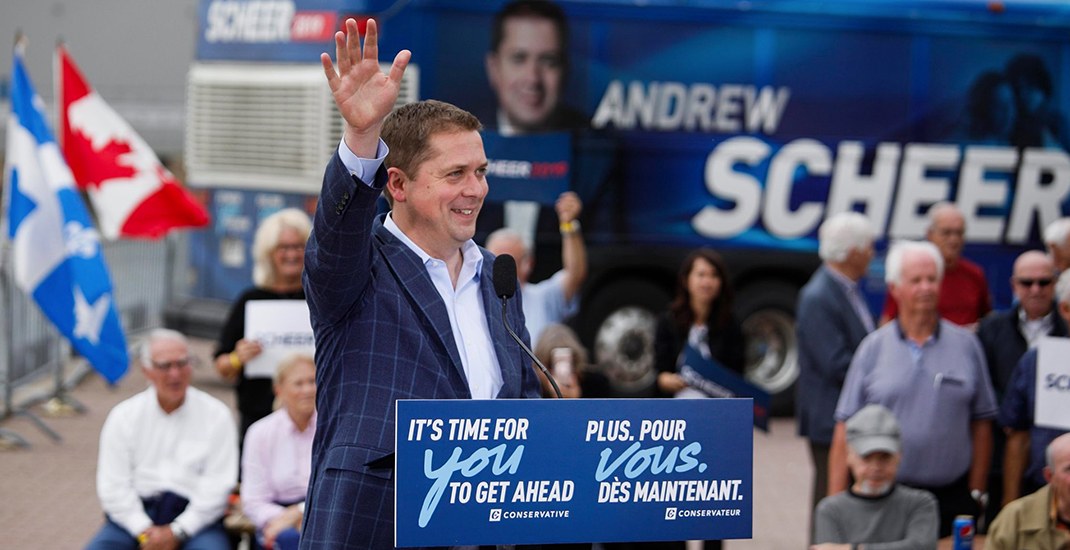 Andrew Scheer is promising a Conservative government would launch a judicial inquiry to find out what happened during the SNC-Lavalin affair.

Scheer made the pledge during a visit to Justin Trudeau’s Montreal riding of Papineau this morning, saying an inquiry would finally provide Canadians the answers they deserve about the government’s involvement in SNC-Lavalin’s criminal prosecution.

“No longer will a corrupt prime minister be able to be the gatekeeper of his own misconduct,” said Scheer. “These measures will safeguard our democracy against the whims of sleazy and unscrupulous politicians.”

The federal ethics commissioner concluded earlier this year that Trudeau broke the Conflict of Interest Act by pressuring former attorney general Jody Wilson-Raybould to allow the Quebec-based firm to avoid prosecution on corruption charges related to contracts in Libya.

But the commissioner also said he was unable to get all the information required to assess what happened.

The RCMP have since said they too are being stymied in their pursuit of whether any criminal laws were broken for the same reason: the Trudeau government has refused to fully waive cabinet confidence to allow blanket access to documents, and for involved individuals to fully disclose what they know.

Scheer also committed this morning to introduce legislation that would let the RCMP ask the Supreme Court of Canada for access to information protected by cabinet confidence.

The Conservatives have repeatedly invoked the SNC-Lavalin affair on the campaign trail, using it as one of the arrows in their quiver of reasons they believe Trudeau should be ousted from office.