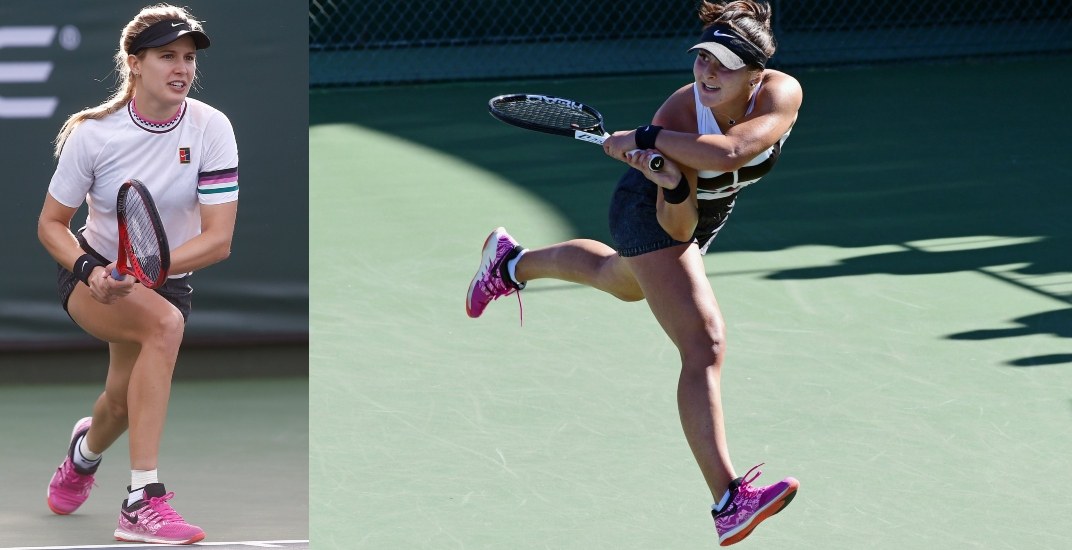 Rising 38 spots on the WTA rankings to No. 68 in the world, Andreescu is now eight spots higher than Bouchard, who moved up three spots to No. 76.

The 18-year-old captured the first tournament win of her young career this weekend in Newport Beach, California.

Facing American Jessica Pegula in the final, Andreescu showed mental toughness by winning the match after dropping the first set 0-6.

That title-winning moment. The PERFECT way to cap off a life-changing January for @Bandreescu_.

The Mississauga native defeated Bouchard earlier in the tournament, winning easily in the quarters (6-2, 6-0).

Andreescu has had a meteoric rise up the world rankings this month. Just three weeks ago, she was ranked 152nd in the world.

The Canadian teenager is 16-2 this season, beating the likes of Caroline Wozniacki and Venus Williams to reach the final of the ASB Classic in Auckland before making it to the second round at the Australian Open in Melbourne.

Andreescu is now the third-highest ranked woman on tour under the age of 20.

There’s also a new No. 1 player in the world, as Japan’s Naomi Osaka supplants Simona Halep after winning the Australian Open.

On the men’s side, Novak Djokovic retains his spot at No. 1 after a dominant Australian Open win. Canadian Milos Raonic rose three spots to No. 14, while fellow Canuck Denis Shapovalov moved up two spots to No. 25.