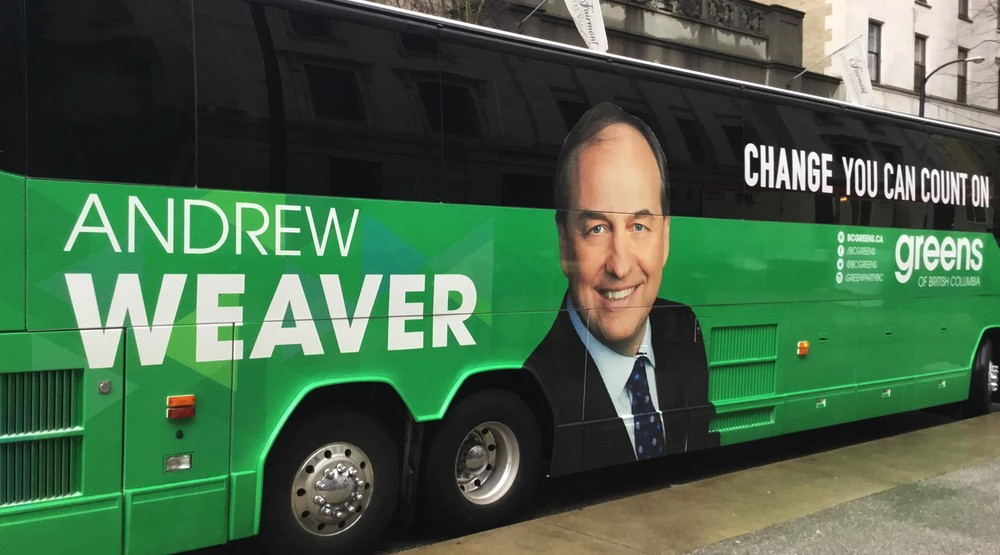 It’s been a good two months for Andrew Weaver.

The leader of the Green Party saw his approval rating rise six points to, for a total score of 35%.

This gives Weaver a “momentum score” of +4 (12% say their opinion of the BC Green leader has improved over the past three months, while 8% say it has worsened).

This is the just one of the latest figures from a new Insights West poll, which looked at the current approval rating of each leader heading into the provincial election on May 9. 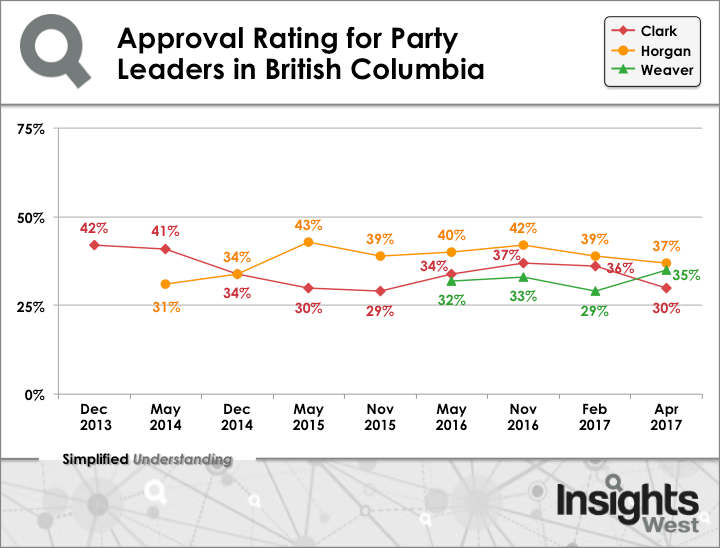 While most British Columbians “cannot currently select their ideal premier, they definitely have opinions about the abilities of leaders to deal with specific issues,” Mario Canseco, Vice President of public affairs at Insights West, said in a statement.

“Premier Clark is still regarded as a superior economic manager, while opposition leader Horgan is connecting on themes like housing, education, and care.”

Weaver, meanwhile is in the lead on the environment, with 45% of respondents regarding him as the best leader to tackle the issue.

The poll found that the most important issue facing the province continues to be housing, poverty, and homelessness, followed by health care, the economy, and jobs.

Almost two-thirds of BC voters believe it’s time for a change of government in the province; this includes 33% of those who voted for the BC Liberals in 2013.

The results of the survey are based on an online study conducted by Insights West from April 5 to April 8, 2017, among 801 British Columbian adults, including 625 decided voters in the 2017 provincial election.