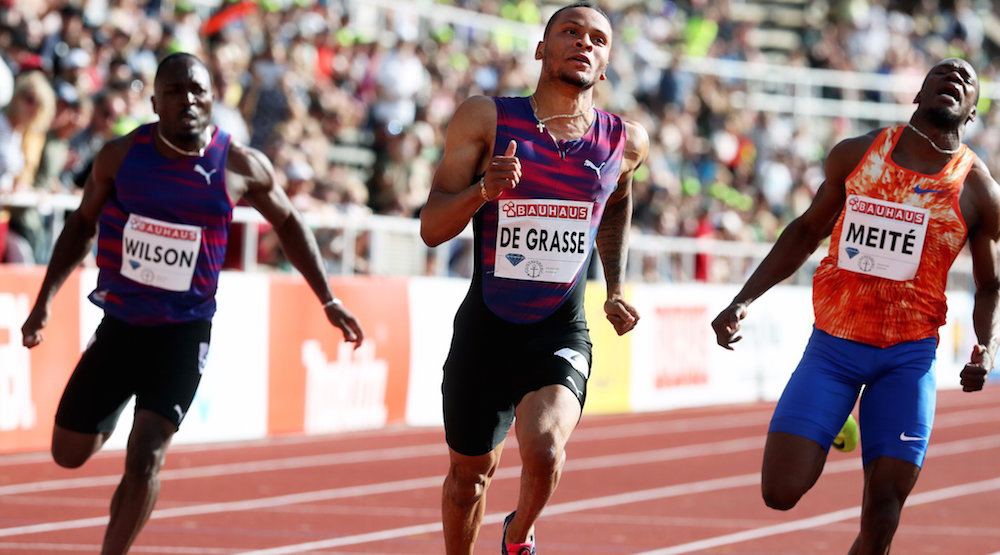 It was wind aided, but Canadian sprinter Andre De Grasse ran the fastest 100 metres of his life Sunday in Stockholm, Sweden.

The Scarborough native was closer to the world record (Usain Bolt, 9.572 seconds) than the rest of the field. De Grasse blew away the competition, winning the 100 metre final with a time of 9.69, 0.15 seconds ahead of the next closest competitor Ben Youssef Meite. 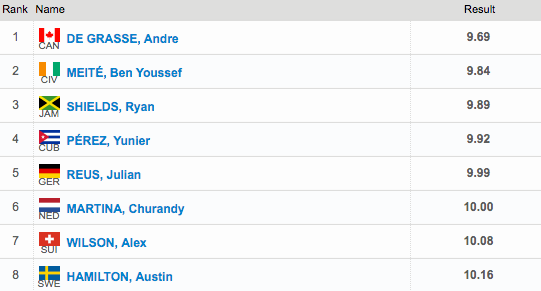 “It was a shock to me when I saw the time on the board, I just wanted to run sub 10 and I didn’t feel in the shape to run that fast,” De Grasse said.

Unfortunately, De Grasse’s time will be annulled for record purposes due to wind assistance. The field was assisted by a 4.80 metre per second wind at their back, which is stronger than the allowable limit of 2.00.

Still, this was a massive win for 22-year-old, who could soon claim the title of world’s fastest man when Usain Bolt retires. The greatest sprinter of all-time is expected to end his remarkable career this summer.

De Grasse looks like the heir apparent. He won bronze and silver in the 100 and 200-metre races last August at the Olympics in Rio.

The fastest man in Canada will race next in his home country, at the Harry Jerome Track Classic in Coquitlam, BC.