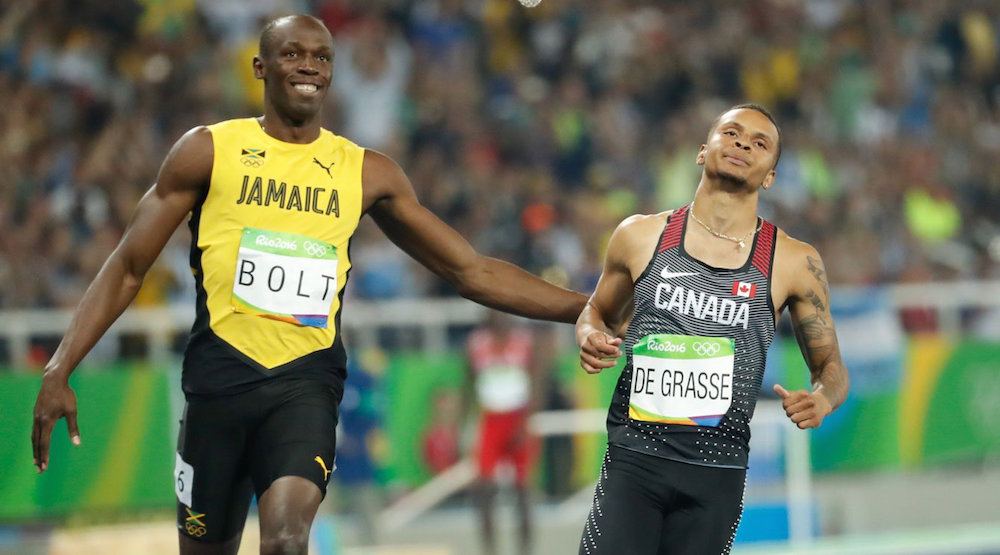 The 2017 World Athletics Championships in London was supposed to be Canadian sprinter Andre De Grasse’s last chance to dethrone a king.

Markham, Ontario’s 22-year-old triple medallist at last year’s Olympics in Rio had been trending in the right direction. He ran the fastest 100 metres of his life – wind aided, mind you – in June. He was ready to take the next step and maybe even do the unthinkable and beat the greatest sprinter the world has ever known in his swan song.

The confident youngster was talking a big game, too.

“I’m trying to win this year,” De Grasse told the Associated Press prior to the 2017 season. “I feel like I have a great chance and that’s what I want to do.”

Becoming the world champion in the 100 and 200-metre sprint has been an impossible dream for everyone not named Usain Bolt for 10 years. Bolt burst onto the scene in 2008, winning the 100 and 200-metre events, setting a world record in each. He’s won every gold medal in both events ever since at the Olympics and World Championships.

The door was open this year at the World Athletics Championships in London, not only because Bolt was electing not to compete in the 200, but also because age and inactivity may catch up with him. Beating Bolt may be a long shot, but his little Canadian buddy was salivating at the chance to take over the crown.

But it is not to be.

“I can confirm that Andre (De Grasse) is out for the remainder of the season,” De Grasse’s agent, Paul Doyle announced on Wednesday.

Andre de Grasse suffered a Grade 2 hamstring strain in training on Monday according to his agent Paul Doyle #London2017 https://t.co/NZMLUSB7IA

The fastest man in Canada reportedly suffered a Grade 2 hamstring strain in training on Monday.

If De Grasse is to take over Bolt’s title as fastest man in the world, it will happen after the Jamaican is retired. Bolt has announced that the 100-metre and 4×100-metre relay events in London will be his last.

The announcement of De Grasse’s injury comes a day after Bolt hinted that the Canadian “disrespected” him. This came following comments by De Grasse’s coach, who accused Bolt of “booting” the Canuck from the 100-metre event in Monaco. Bolt denied the accusation.