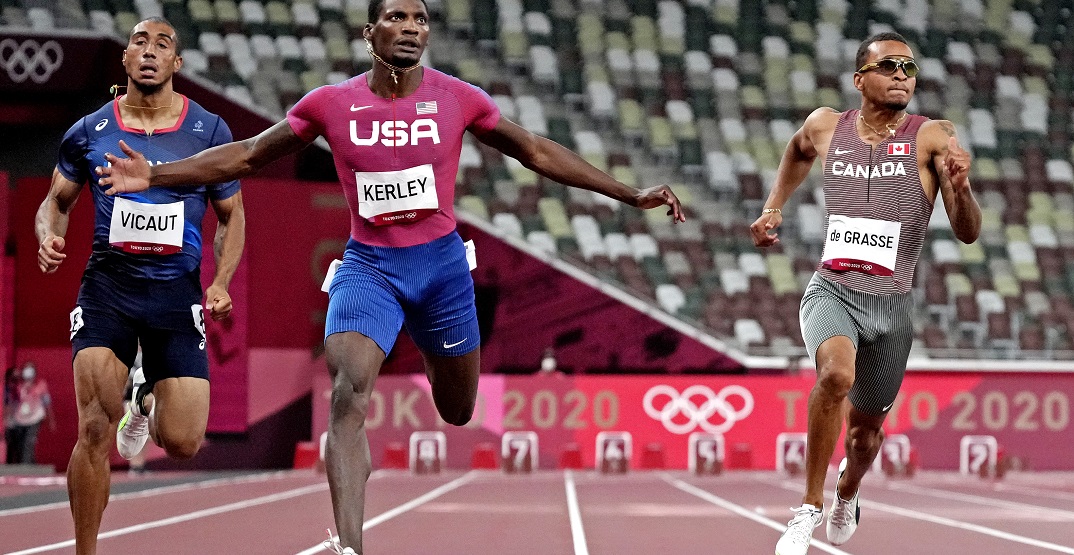 Canadian Andre De Grasse is through to the 100m final at the Tokyo Olympics.

Finishing second in his semifinal heat with a time of 9.98, De Grasse’s time ranked seventh out of eight qualifiers for the final.

But the Scarborough native will need a near-perfect race to claim this year’s title as “World’s Fastest Man.”

De Grasse has previously won the bronze in the 100m at the Rio Olympics in 2016, with a time of 9.91 behind Jamaica’s Usain Bolt and American Justin Gatlin. Neither Bolt are Gatlin have returned to this year’s Olympics, with Bolt retiring and Gatlin failing to qualifying.

The Canadian will likely need a personal best if he’s able to stand atop the podium, with his current career best coming at a time of 9.90 seconds back at the 2019 World Championships.

American Fred Kerley topped De Grasse in the first semifinal, which was delayed several minutes after a false start by Great Britain’s Reece Prescod and subsequent issues with the starter’s equipment.

Canada's Andre De Grasse finishes right behind him in second and moves onto the final 🇨🇦 pic.twitter.com/97JhuD13pI

China’s Su Bingtian had the fastest semifinal time overall, at 9.83.

A HUGE race from China's Su Bingtian with a new Asian record of 9.83 🇨🇳

He edges out American Ronnie Baker in the last semifinal of the day pic.twitter.com/L3DFqh7tfS

American Trayon Bromell, who ran the fastest 100m time of the season at 9.77 seconds back in June in Miramar, Florida, failed to qualify for the final after finishing tenth in qualifying.