On July 2, voters who submitted their ballots for the 2015 Metro Vancouver Transportation and Transit Plebiscite made history after the region voted overwhelmingly against the Mayors’ Council’s plan for a half-per-cent increase in sales tax that was to fund a $7.5 billion in transportation upgrades.

The plebiscite required a 50%+1 majority to pass, but at the end of the six-month marathon an overwhelming 61.7 per cent voted ‘No’.

The results left the Mayors’ Council stranded with no plan B in mind. But what caused the No side to declare such a large victory over the Yes side, and what can be expected to happen how?

Gordon Price, transportation expert at Simon Fraser University, says all the ‘No’ campaign needed to do was make sure the negatives sufficiently offset the positives — something it was very successful at doing.

“The Canadian Taxpayers’ Federation had what I think may have been the larger strategy in the first place,” said Price. “You simply need a good reason to vote against a tax, and what they had was TransLink. They had a faceless organization where even its own board wasn’t prepared to defend the decisions that they made.”

Price gave praise to the No side’s campaigning, claiming it easily had the upper hand over the Yes side.

“We’re in a climate where our government is easily targeted as incompetent and wasteful. There’s no real work in doing that.” 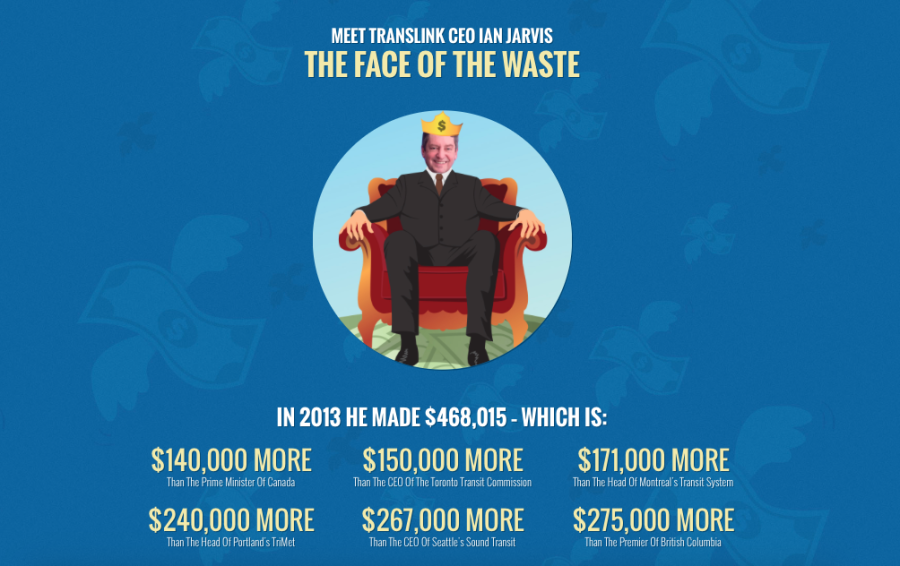 The No side’s main campaign points focused on TransLink spending and governance issues, which had the conversation drift away from the $7.5 billion in projects that the Mayors’ Council plan entailed.

By pinpointing facts such as the salaries of the CEO, Price said the debate was lost as it took a whole new direction.

“That wasn’t a serious discussion. But it was sufficient,” said Price. “Now what? There’s been damage done here for the next generation.”

The Yes side spent a total of $5.8 million for its campaign, while the No side claims it spent just under $40,000. But why was a plebiscite necessary in the first place?

Vancouver Councillor George Affleck said he felt uncomfortable when the province forced it upon them, and he believes there shouldn’t have been a plebiscite to begin with.

“First of all they’re costly, it’s disempowering to the elected officials, whether it’s provincial, federal or civic,” said Affleck. “You put these people in power in an election, and they’re supposed to make decisions on what they think is right for their communities.”

Although Affleck is disappointed in the results, he said the people have spoken and a new solution should be underway.

“I think a lot of people in the region clearly stated that they are frustrated by being over-taxed,” he said.

“Each project will now have to stand on their own and go get funding however it might be, whether it’s the 100 or so buses that TranLink needs to buy or the third SeaBus between North Vancouver and downtown.”

Many see the plebiscite as a waste of money, and many are questioning the appropriate timing to call for one. Does this mean every new proposal will require another referendum?

“This is something, truly, where the political process is the appropriate way to reach a resolution,” Price said. “This is what politics is for, this is exactly what it’s for.”

Price said politicians should have dealt with the complex issues that were presented in the plan. Their lack of leadership has left TransLink with a zero-sum game. 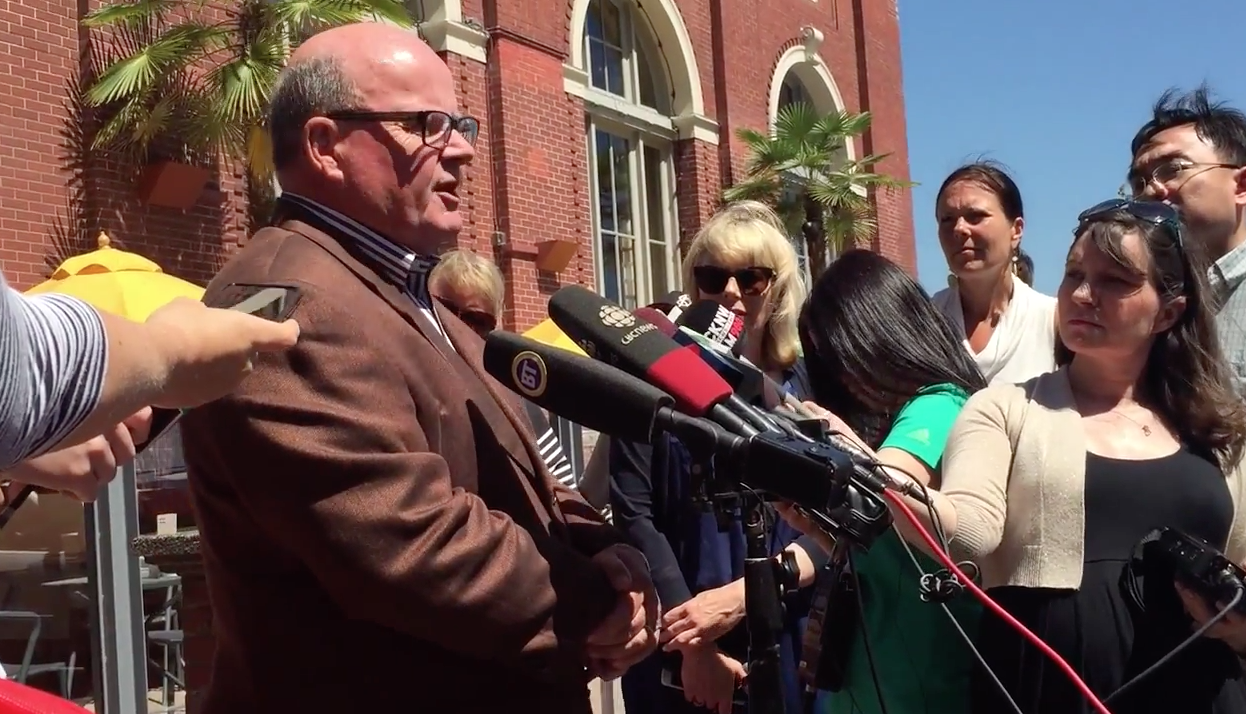 Shortly after the voting results, TransLink’s CEO Doug Allen responded in a press release by stating that, “with no new funding, we will have no capacity to expand the transit system or provide increased service.”

But to argue that the No side ran a simpler and easier campaign isn’t enough. The Yes side had its share of faults.

The No side’s effective campaign was met hand-in-hand with its opponent’s difficulty with persuasion.

Mario Canseco, vice president of public affairs for Insight West, a research company that specializes in opinion polls, said that the Mayors’ Council didn’t have any message to counter two problems — the first being the tax increase.

No one, especially in the ferociously expensive City of Vancouver, will support a tax increase unless the benefits are substantial and the goal seems tangible. But what the Yes campaign failed to do was prove the end result was just that.

“The Yes side didn’t present the expiration date of the tax. Was it a five year deal, a 10 year deal, or a 20 year deal?” said Canseco.

Without it, Metro Vancouverites were left with no lead to personally envision the financial effects of the project.

The second major problem the Yes campaign had, was that it did nothing to counter the argument that TransLink, as a publicly owned entity, is bloated and inefficient.

In February, Insight West conducted a poll to guess the results of the plebiscite, and surprisingly, they came back with numbers that were very close to the actual results. Once the undecided factor was taken out, 37 per cent said No, while 63 per cent said Yes.

Characteristics of the survey they conducted allowed Canseco to explore its background further, where he found out that even Yes voters were showing very little trust for TransLink.

“When you look at the yes voters, and less than 20 per cent say they have trust in TransLink, you have a problem,” he said.

No way around TransLink reform

The vote wasn’t originally a plebiscite on TransLink, but as the results suggested, for many voters, it was. This makes it inevitable to avoid TransLink reform, because what lies in between the region’s current transit system and future expansion is the overcasting distrust in TransLink.

“A plan B without reform isn’t going to win the minds of the people,” said Canseco.

When Mayor Gregor Robertson took the podium to give a statement after the voting results, he was quick to call for an immediate change in governance within the TransLink body. Robertson repeatedly reminded Vancouverites that as the mayor he doesn’t really have control over changes that are made within TransLink — it’s up to the province.

“The ball’s back into the province’s court,” he said. “TransLink is their creation.”

The results leave Metro Vancouver in a bit of a void. Premier Christy Clark, the one who initially proposed this plebiscite, has so far shown no leadership in the aftermath, while the Mayors’ Council ponder over what plan B would entail.

Councillor Affleck said he will be renewing his 2012 motion calling for higher capacity buses on the Broadway Corridor, but beyond that, no secondary solution has been planned out for the region’s transportation expansion.

Price, Affleck and Canseco all said it might be a while before Metro Vancouver can get back on track with transit expansion.