The brand new original series The Mistress, exposes the realities of the secretive world of infidelity. Breaking all of the preconceived myths of the so called glamorous lifestyle of the other woman, this provocative and controversial new series offers a unique perspective on the unspoken issue of infidelity, something that touches many people’s lives.

The Mistress provides a fascinating look at the other woman’s struggle to get out of a relationship with a married man. Starring Sarah Symonds, author and self proclaimed former mistress to Chef Gordon Ramsay and Lord Jeffrey Archer, each episode follows Sarah on her mission to rescue a woman caught in the despair of an extra marital affair. Sharing her knowledge and firsthand experience, Sarah takes each mistress on an emotional journey of self-realization and empowerment, giving viewers a unique glimpse into the life of an often-vilified woman.

“Admitting that you need help and fully committing to reclaiming your life is the first step for any mistress who wants out of her relationship with a married man. The women featured in The Mistress are ready to take that step,” said Sarah Symonds, Host, The Mistress. “I’m thrilled to be able to bring my expertise and message to television, ensuring that a wide range of women receive the advice and support they need to walk away from this toxic lifestyle.”

“The Mistress is unlike anything viewers have ever seen before,” said Barbara Williams, Senior Vice President of Content, Shaw Media. “This brand new format takes an unconventional look at a subject that affects many Canadians. For the first time, the focus is on the untold story of the other woman.”

Considering herself a reformed mistress, Sarah now gives hard-hitting, straight-talking advice to women on both sides of the story – mistresses seeking to end their going-nowhere affairs, and wives looking to prevent them in the first place. Sarah’s controversial self-help manual Having an Affair? A Handbook for the Other Woman, caught the attention of wives and mistresses everywhere. Following her highly talked about appearances on The Oprah Winfrey Show, Dr. Phil, and The View, Sarah received a tremendous response from women seeking her advice, which led her to start the Mistresses Anonymous Support Group. 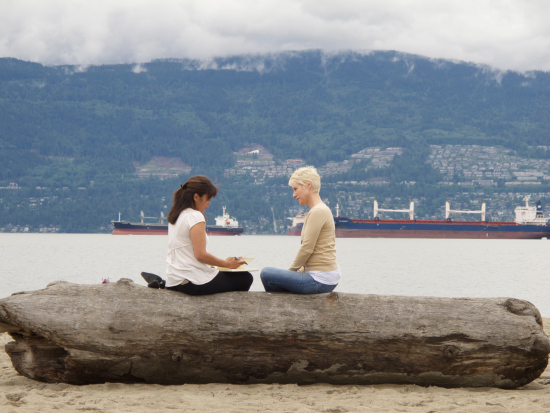 I had the pleasure of speaking with the world famous mistress Sarah Symonds, to get more insight on what’s it like being a mistress, and if she had any friendly advice for any one who is currently a mistress, or thinking of becoming one.

Felix: Why give names?

Sarah: I am assuming you mean the ‘mens names?’ Well, why not??

Felix: What were you hoping to achieve out of the affairs.

Sarah: I was looking for love, like most human beings. Albeit in the wrong places though!

Felix: Instead of writing a book as stated in the Toronto Sun, why not just create a “fictional” piece based off your experience and keep your anonymity?

Sarah: Why? Why not own who you are, warts and all? The amount of women I literally save every day is worth everything I have done so far. You cannot be anonymous and have that kind of power to save women in despair of toxic love situations.

Felix: Why would you put yourself in that position, knowing that you could ruin a marriage or family?

Sarah: The man is the one you should ask about that. The man is the one who is choosing to potentially ruin his marriage, his family. Ask him and get back to me. Mistresses actually – unwittingly – help a man’s marriage survive. Think about it, he is having all his needs met by two women. That’s why they never leave, the affair, nor the marriage. If I can get the mistress to leave HIM though then I am actually saving marriages as I go.

Felix: Did you want any of the men to leave their current situation for you?

Felix: What were you lacking in your life that made you want to put yourself in that situation? Self esteem, self confidence, loneliness?

Felix: Do you believe the things men you get into “relationships” tell you? Things like; “They no longer have a connection with their spouse or they are distant or they lost what they had before?”

Sarah: Words are easy, actions are what really count. If someone (man or woman) wants to reel you in, then the power that words can have is scary. I teach women not to believe everything they hear now. If someone is THAT unhappy, they wouldn’t stay, so don’t believe it.

Felix: How has writing a book helped you in your life? What has changed since?

Sarah: It was a cathartic experience and my book has helped countless women get out of toxic situations and wake up to the truth. Everything has changed since!

Felix: What would you tell the 21 year old you?

Felix: What advice would you have for your daughter?

Sarah: I wouldn’t have a daughter. I don’t want children.

Felix: For the women out there that are in currently in an affair, what is the one piece of advice that you would give?

Felix: Thanks for taking the time to speak with me.

If you missed an episode, never fear —  full episodes and weekly recaps of The Mistress are available at www.slice.ca. New episodes air every Wednesdays at 8pm ET/PT on Slice.

Images courtesy of The Promotion People