Nine-year-old actor William Ainscough is making a serious impression in the film and television industry. Currently starring in the new original comedy series Seed on CityTV, William is following in his parents footsteps (his mother is actor Nicole Oliver and his father is music producer Chris Ainscough), by entering the world of entertainment.

Booking his first two auditions, William’s very first attempt at acting was a success. He not only landed his role on the television series”Seed”, but he landed an open casting call for the feature film Hidden (filmed in Vancouver).

I had the pleasure of interviewing the young actor. We talk about his role on Seed, what it’s like being a working child-actor and more.

Felix: You play Billy on CityTVs new television show Seed. Tell us more about your character and the show.

William: Well, Billy is kind of a “weird” kid, but if I met him in real life I would think he’s kind of cool. I like how Billy does his own thing and isn’t afraid to express himself. Billy has two moms, as you know, and now with Harry in his life, he has so much love and support all around him. Seed is a comedy but it also has some great stories about family that have a lot of heart and truth in them. (photo of cast below) 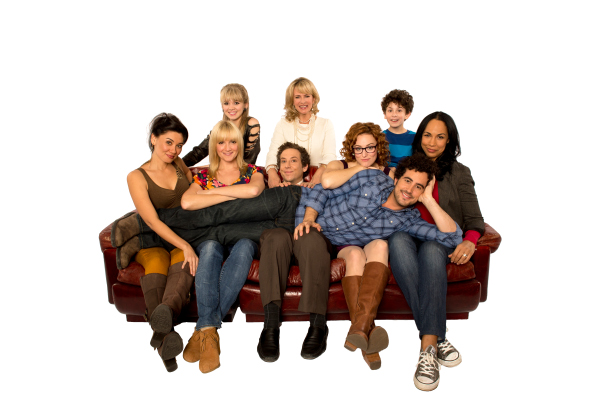 Felix: Being a child actor, and being a working child actor nevertheless, do you attend classes at public school? And if so, do your classmates treat you any different?

William: When I am filming on location or for many days in a row, I have tutoring on set. In Halifax, I worked with Emily and she was awesome. It was tough sometimes to work all day AND still have to do schoolwork, but Emily helped make it fun. I do attend public school and my classmates have not treated me any differently. It’s great to be back with my friends in my school, but I miss Emily and our little tutoring room in Halifax!

Felix: At what age did you first realize you wanted to be an actor?

William: At the age of eight in May 2012. I have visited my Mom on set while she was working and I realized that this was fun and I really wanted to give it a try.

Felix: Do your parents help you to get ready for auditions? If so, how? At what point do you say to them ‘thank you, but I got this,’ or do you find it helpful to have them around?

William: My Mom helps me get ready for auditions because she is an actor and she understands about running lines and how to analyze a script. I find it helpful to have my parents help me. When I tell them ‘I got it’ they listen and let me do my own thing.

Felix: I hear you are becoming pretty popular. Not only are you on Seed, but you have a role in the upcoming feature film Hidden, alongside Alexander Skarsgard. Tell us more about your role in Hidden, and what it was like working with Alexander.

William: In Hidden I play Joey Neary, the best friend of Alexander’s daughter, Zoe (Emily Alyn Lind). I wish I could tell you more about Hidden, but it’s top secret!!! All I can say is you will love it. I thought Alexander was just absolutely a really nice guy. I showed him a bit of Minecraft and he thought it was pretty cool.

Felix: When you are not filming, what kind of activities or hobbies do you enjoy doing? Understanding you are younger, do you enjoy every day kid’s stuff? Or do you find yourself to be a little mature for your age and are caught doing other activities that might not seem ‘normal’ to other kids your age?

William: I think I am a pretty normal kid. I play soccer and baseball. I also am a pretty good drummer and like art and playing video games when my mom will let me.

Felix: Now that you are a celebrity, do girls ask you out a lot? Or is dating not an option at this stage in your life?

William: Dating is NOT an option and NO, I do not get asked out. (William is shaking his head and laughing)

Felix: Being a younger actor, what kind of challenges do you face? Do you have any advice you can give to other young actors wanting to breakthrough in the entertainment industry?

William: I found it a bit challenging juggling school and work. I also really missed my dad, brother and friends when I was away on location for such a long time. I guess my advice for other young actors would be to not give up. Also, even if you are being worked hard, don’t say ‘I’m tired.’ Keep a smile on your face…there’s lots of tired people on a film set!!