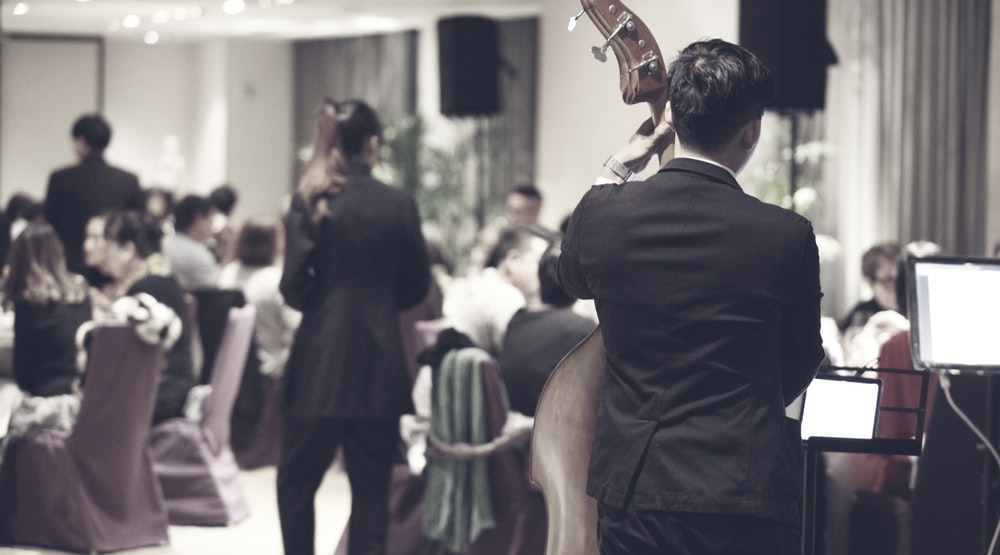 Host Danny Ramadan is throwing a party that not only supports LGBTQ+-identified refugees, but also gives his Vancouver neighbours a taste of the rich history, culture and tasty foods of his native Syria.

Danny Ramadan has a thank you gift for his neighbours in Vancouver.

On July 28, the Syrian-born LGBTQ+ advocate, writer and social media influencer is throwing a special party in his adopted West Coast home.

Now in its third year, An Evening in Damascus is, in large part, a celebration of Vancouver Pride. It also serves as a critical fundraiser in support of the private sponsorship of LGBTQ+-identified refugees to Canada.

The cause is close to Ramadan’s heart following his own unintended journey to Vancouver three years ago from Syria, where he’d been imprisoned for several weeks. He was never officially told why he was jailed, but believes it was linked to his work as a journalist and outspoken LGBTQ+ proponent in a country where the community is the frequent target of harsh persecution.

But An Evening in Damascus also serves another, deeply personal purpose for Ramadan, who is marching with TELUS in this year’s Pride Parade. The event is a means to showcase Syria beyond the headlines of civil war and political brutality that dominate the global conversation.

Instead, Ramadan wants Canadians to taste a piece of the country’s rich history, foods, music, culture and spirit. To that end, the evening’s menu, decor and entertainment are carefully modelled after Ramadan’s best memories of Damascus, the city where he was born and raised. He fondly remembers the open-roof cafes and 17th century hotels that line the vibrant, narrow streets of neighbourhoods like Sarouja; the tantalizing fruity scent of the hubble bubble (a tobacco-pipe where the smoke is drawn through water); and the music and laughter emanating from tables of young people sharing plates of tabllieh and manaqeesh, playing backgammon and sipping heavy black tea, beer or raki.

“That place was really home to me, that’s why I want to replicate the experience,” Ramadan says of Sarouja’s charms. “In a way it (the event) is a call to tourism to Syria when the war is over.”

This year’s entertainers include Middle Eastern belly dancer Khadiejah, and Arabic-jazz fusion singer Lena Chamamyan. Ramadan will also do some storytelling. Tayybeh, a local Vancouver group made up of Syrian refugee women will cook authentic Syrian appetizers, including hummus, baba ganoush and baklava.

“Our hope is that people are going to be transported from Vancouver into beautiful Damascus for a day,” says Ramadan.

This year, all money raised from the event will go to The Divine Road and Journey to Canada; both groups are sponsoring a Syrian lesbian couple’s immigration to Canada. The sponsorships are backed by the Rainbow Refugee Society, a Vancouver-based non-profit that supports people seeking refugee protection in Canada because of persecution based on sexual orientation, gender identity, gender expression or HIV status.

An Evening in Damascus takes places July 28, from 7 to 10:30 p.m. at the Roundhouse Community Arts and Recreation Centre at 181 Roundhouse Mews, Vancouver. A limited number of tickets for the event are still available in advance. Cost is $40. Everyone is welcome.

An Evening in Damascus

Pride is more than just a party. Check out more events that let you give back while having fun: