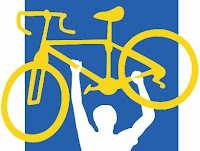 What: Tomorrow, at the same local time in Vancouver, Calgary, Toronto, and Montreal large groups identically clad cyclists will take over iconic public spaces and, in unison, make a visual statement. As this is certain to turn heads, it is designed to raise awareness about the Ride to Conquer Cancer benefiting BC Cancer Foundation. As The Ride to Conquer Cancer’s slogan is “Strength in Numbers” and this photo opportunity is designed to visually represent that notion.

Where: Granville and West Georgia

Why: This photo op is part of a broader public launch for the 2010 The Ride to Conquer Cancer – a nationwide program that has, in just 2 years, raised over $40 million for cancer research treatment and care across the country.

So if you got time we at Vancity Buzz encourage you to go there and check it out!