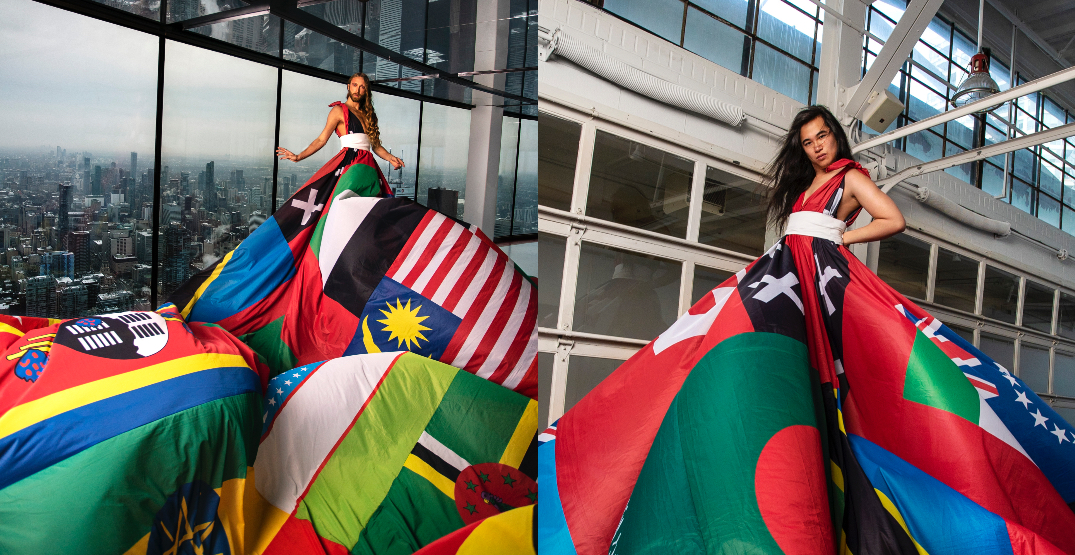 A breathtaking “artivism” dress made a splash in Toronto this week with photoshoots in some of the city’s most recognizable locales.

The Amsterdam Rainbow Dress is made out of flags representing countries where homosexuality is criminalized.

As nations liberalize and repeal anti-LGBT legislation, the flags get replaced by rainbow pride flags.

“It’s hard to express how huge the dress is – photos don’t always do it justice,” photographer and activist Adam Zivo told Daily Hive.

“When the dress is toured in a country, it is photographed in iconic locations using prominent local LGBTQ talent,” said Zivo, who photographed the dress while it was in Ontario. 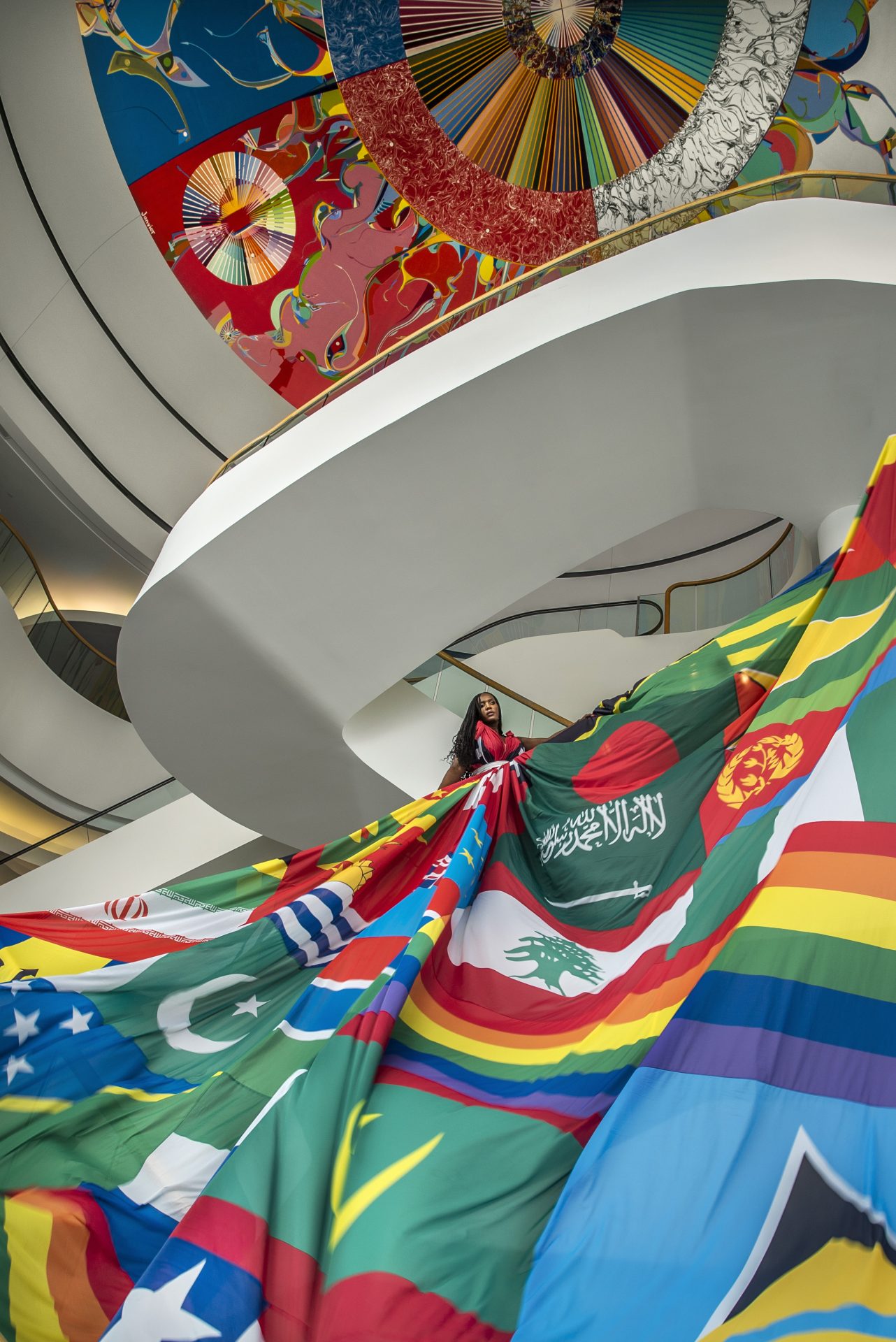 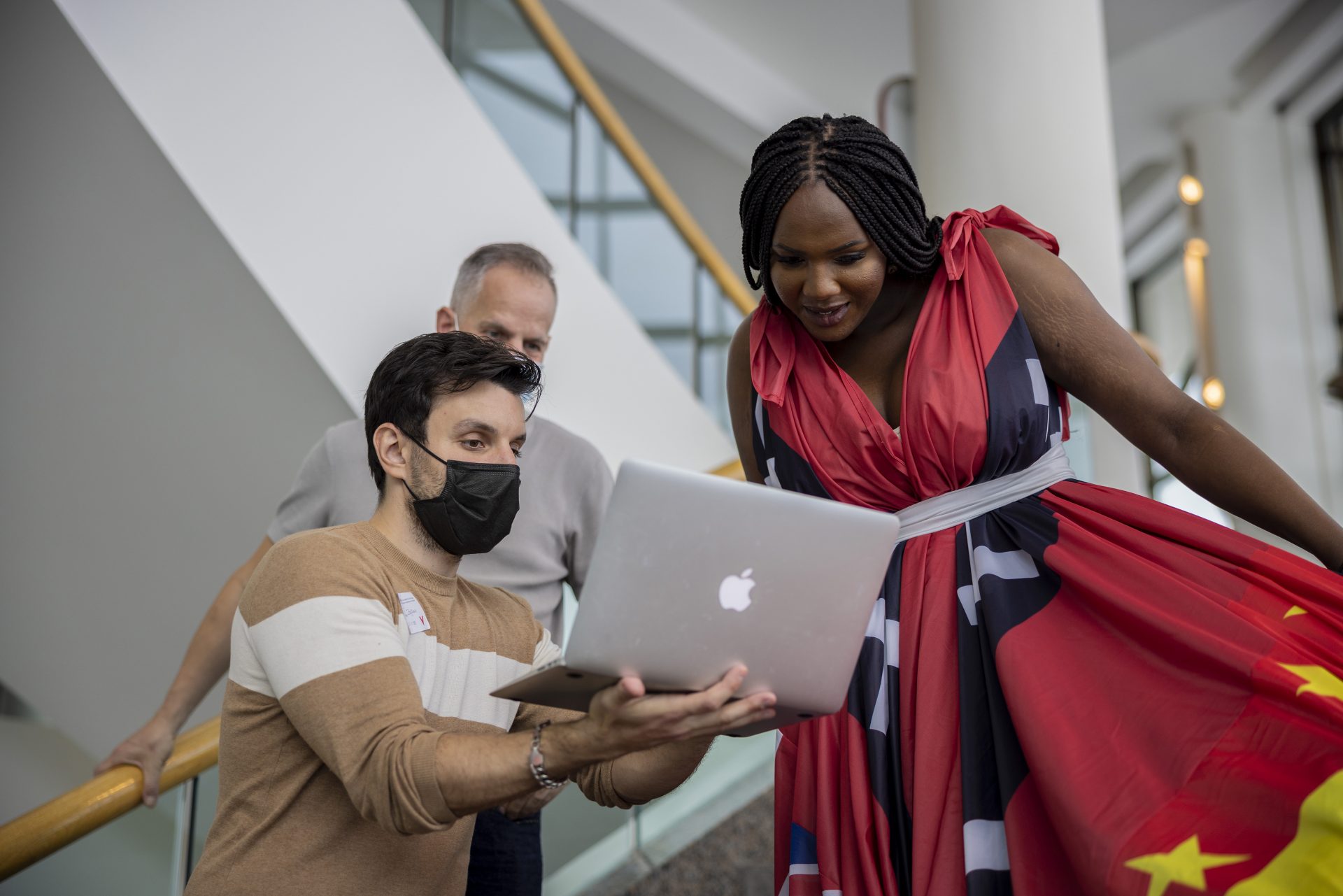 “In Canada, it was photographed in Ottawa and Toronto – at the National Gallery of Canada, the Canadian Museum of History, the CN Tower, and Harbourfront Centre.”

“Not only did we do four shoots in four iconic locations, the dress was also featured in two receptions,” said Zivo.

“At these receptions, activists and parliamentarians came together to discuss global LGBTQ rights. That gave an opportunity for activists to reconnect after over a year of being separated by the pandemic, and it was significant that we were able to remind parliamentarians that these issues matter.” 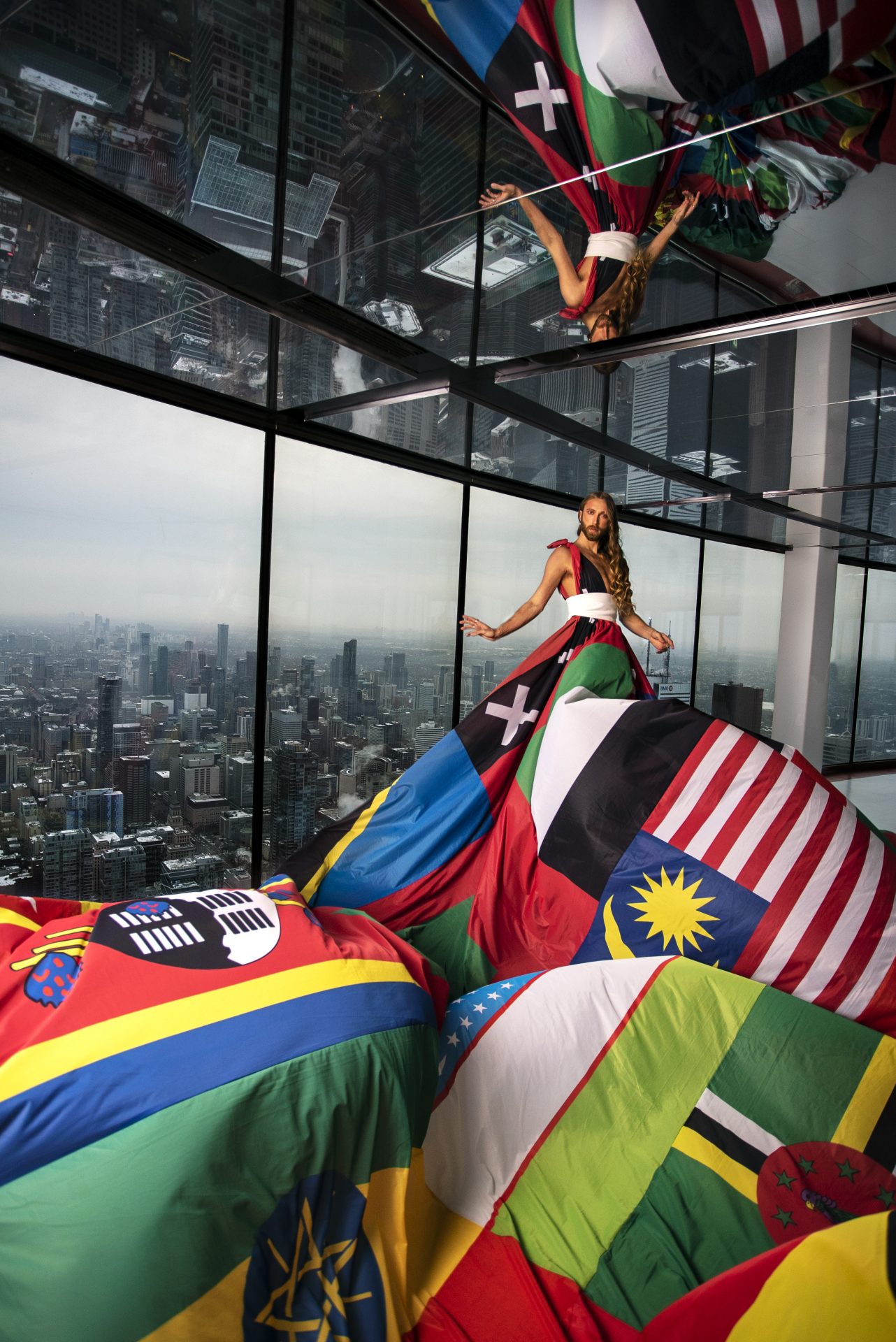 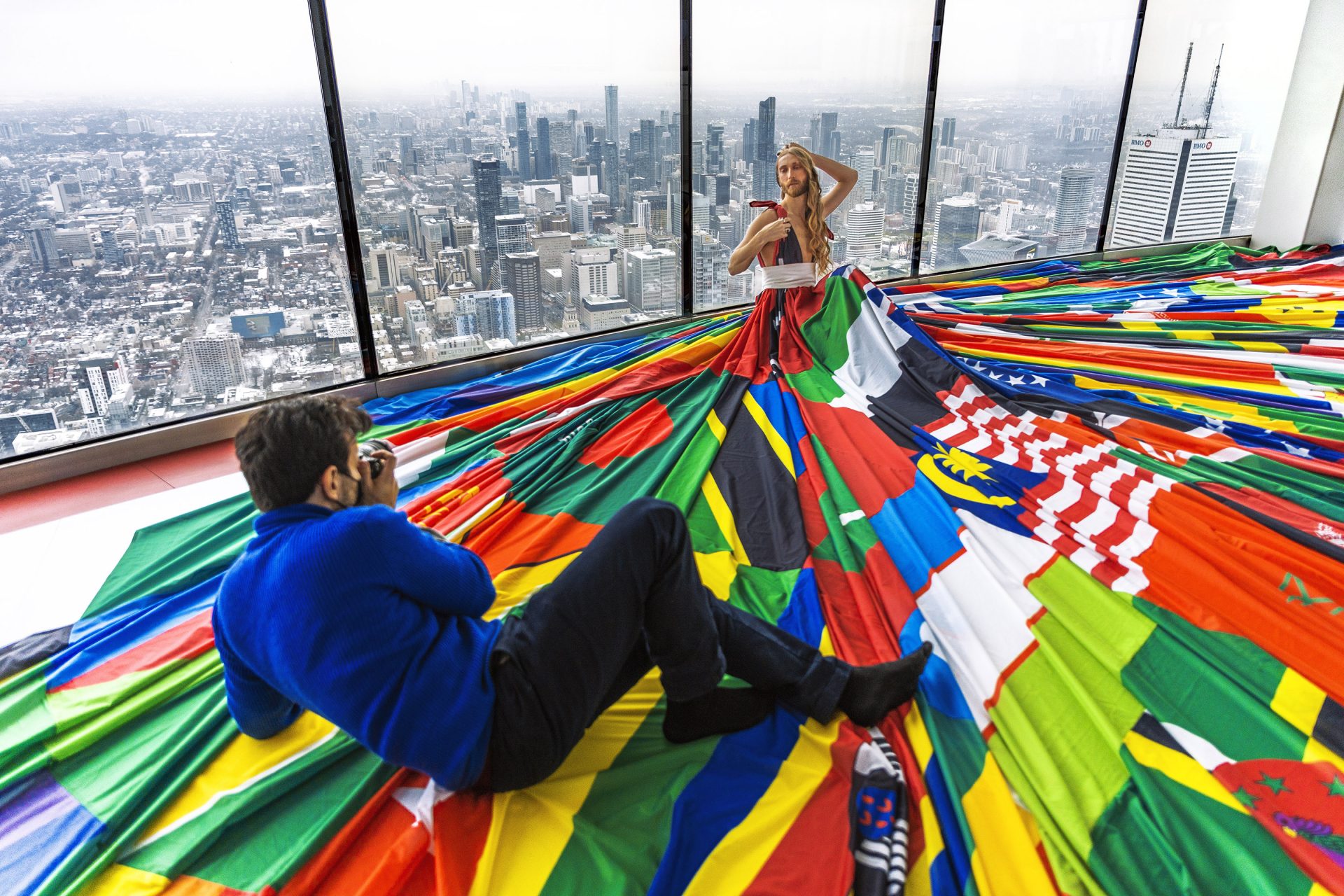 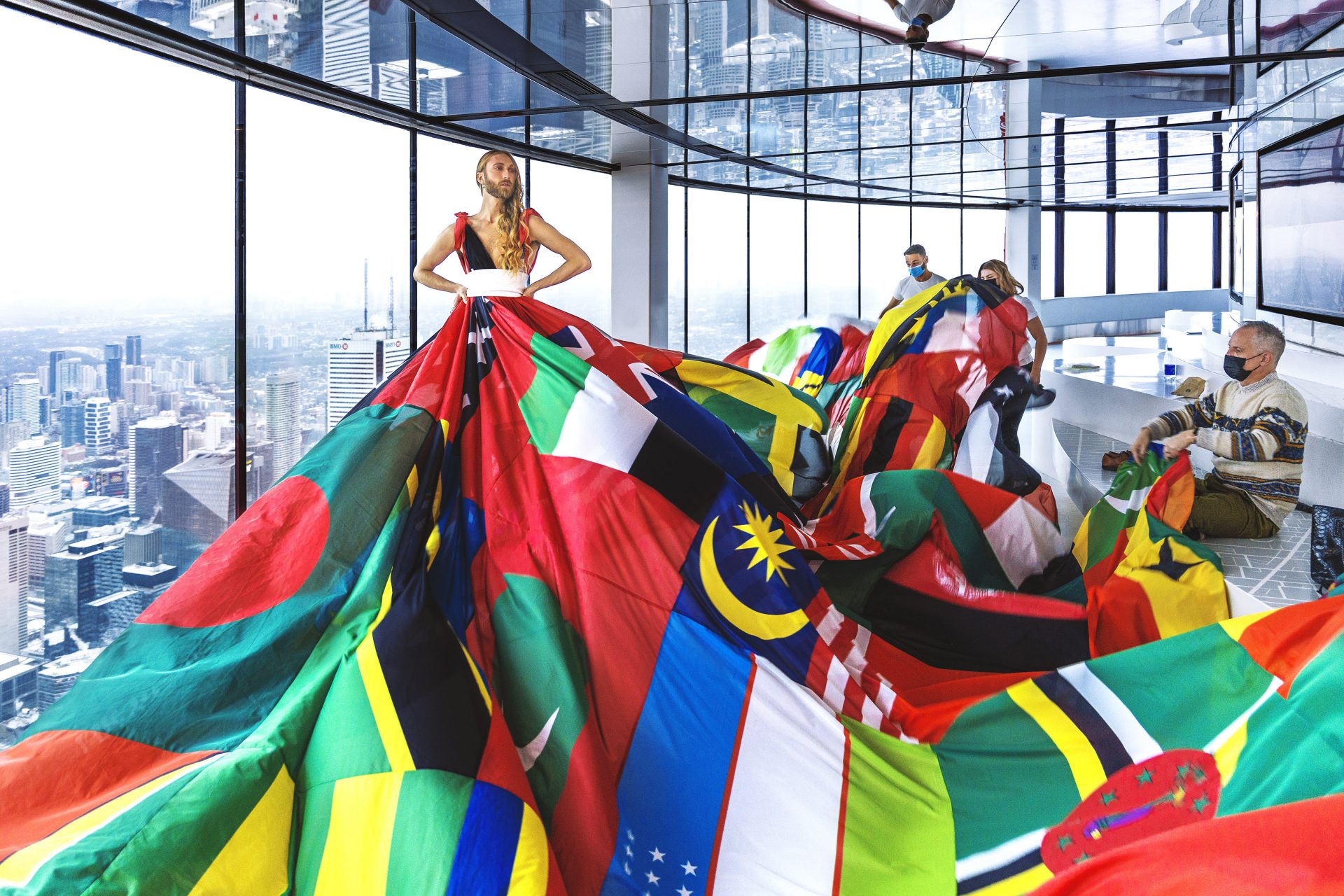 The size and scale of the dress are massive. Its bodice is made out of the Amsterdam city flag and the skirt is a flowing collage of flags 52 feet in diameter.

“Instead, we had several people whipping the dress up and down, just out of frame, to approximate wind. It reminded us of playing with parachutes in gym class as children, and made the shoots much more fun and participatory,” said Zivo. 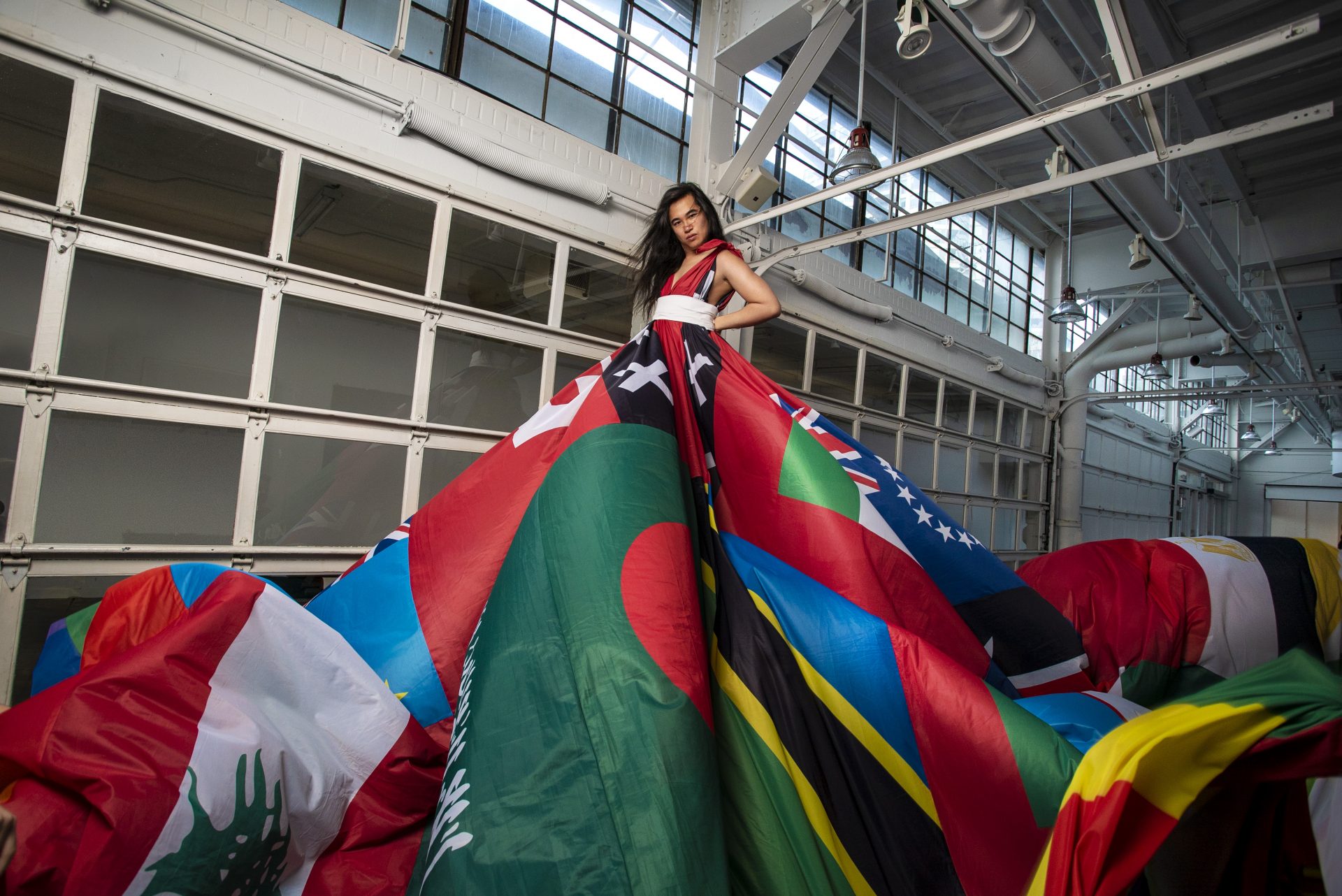 The creator of the dress, Arnoult van Krimpen, said in a statement that the Netherlands and Canada share similarities in how they regard LGBTQ communities.

“Both countries are highly liberal and were early adopters of pro-LGBTQ legislation, including non-discrimination laws and marriage equality,” he said.

“I think that when countries like these come together, they have a stronger voice when advocating for change around the globe.” 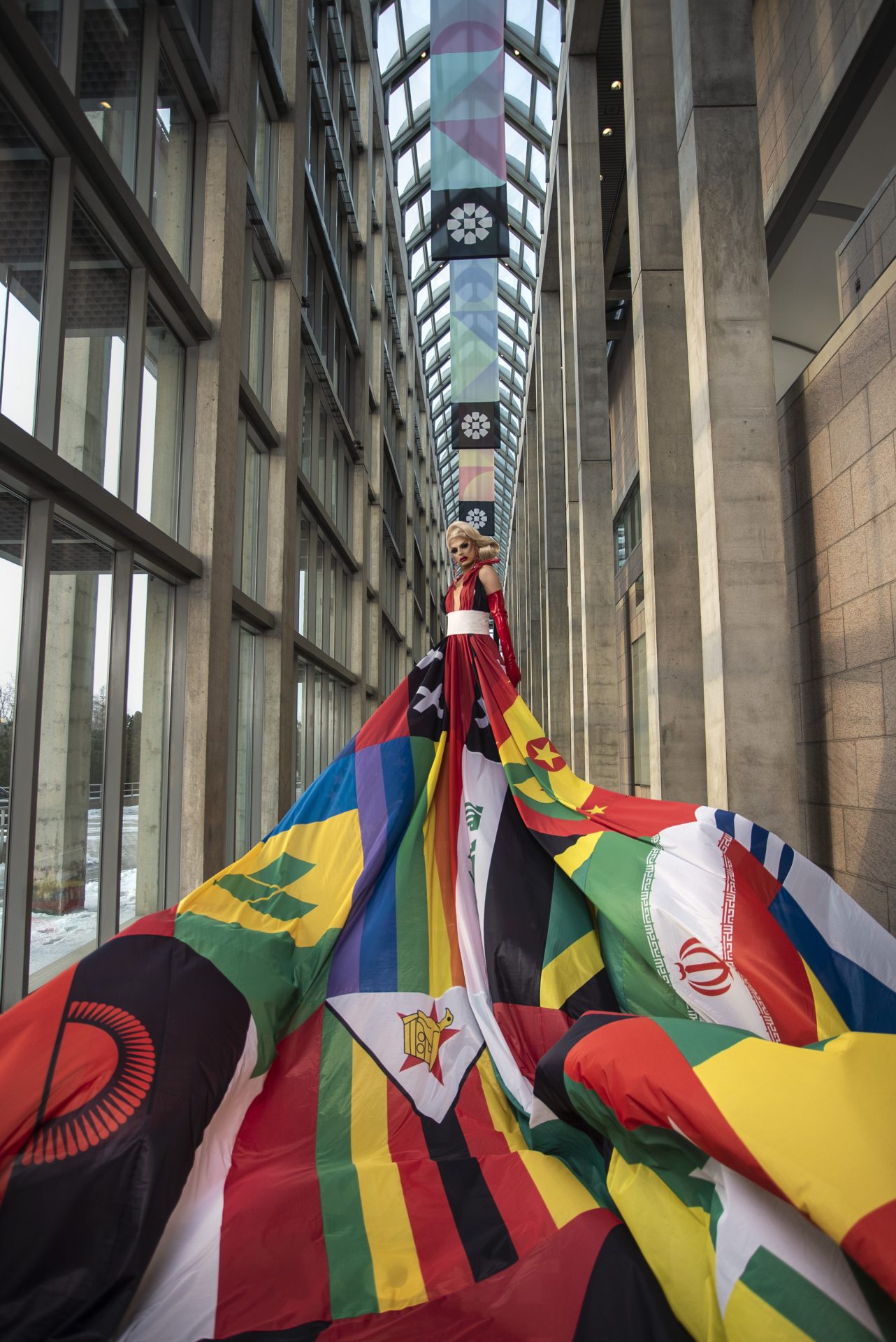 In Toronto, the dress was modelled by Myles Sexton and Kai Cheng Thom, and while in Ottawa, it was worn by Icesis Coutour and Alicia Kazobinka.

“I’m glad that the dress could come to Toronto, because our city is a global leader when it comes to LGBTQ acceptance. It exemplifies the best of Canadian pluralism,” said Zivo.

The Amsterdam Rainbow Dress is headed back to Europe now, and you can learn more about the project and its mission online.