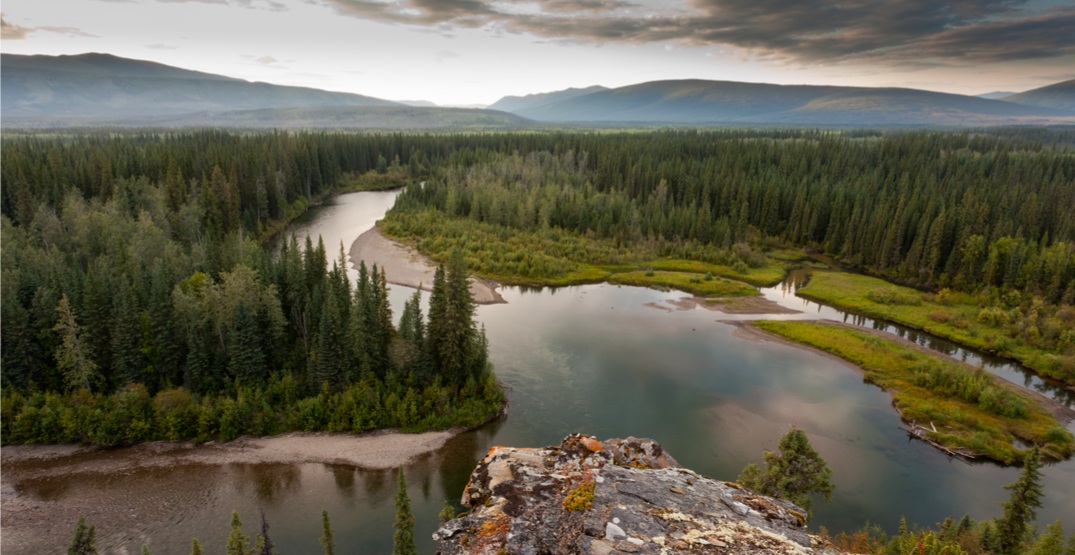 The use of toilet paper in the US is destroying some of Canada’s forests, according to a new report.

The report, titled ‘The Issue with Tissue,’ was released by the Natural Resources Defense Council (NRDC) and Stand.earth looked at some of the major producers of toilet paper in North America, and included a scorecard grading the sustainability of toilet paper and other tissue products

According to the report, the average American uses three rolls of toilet paper a week—and “major brands’ refusal to create more sustainable products makes consumers unwittingly complicit in flushing forests down the toilet.”

The NRDC calls this a destructive “tree-to-toilet pipeline” process, which causes harm to Indigenous communities along with species like the boreal caribou and Canada lynx. 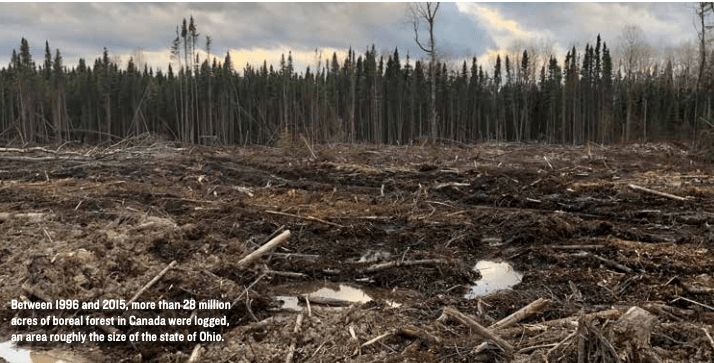 “Canada’s boreal forest also stores nearly two times as much carbon as is in all the world’s recoverable oil reserves combined,” reads the report. “Toilet paper and tissue manufacturers continue to rely on forests even though they have the resources and means to create and deliver products with recycled and responsibly sourced content that are better for the planet.”

In its sustainability-based scorecard for tissue brands, the NRDC assigned “F” grades to some of the leading TP brands like Charmin and Quilted Northern.

Meanwhile, brands using recycled paper content, including 365, Seventh Generation, and Natural Value were among those awarded “A” grades in the report.

“Most Americans probably do not know that the toilet paper they flush away comes from ancient forests, but clear-cutting those forests is costing the planet a great deal,” said Anthony Swift, director, Canada Project. “Maintaining the Canadian boreal forest is vital to avoiding the worst impacts of climate change.”

“As Indigenous Peoples in the boreal forest, we live on the food from our land. The forest is our supermarket, with aisles of berries and meats and fish,” said Gull. “My hope is that, once people know that their choice of tissue will determine whether food will be there for us tomorrow, they will help protect our homelands by switching to recycled and responsibly sourced products.”

The report says the Canadian boreal is a vast landscape of coniferous, birch, and aspen trees, and contains some of the last of the world’s remaining intact forests. 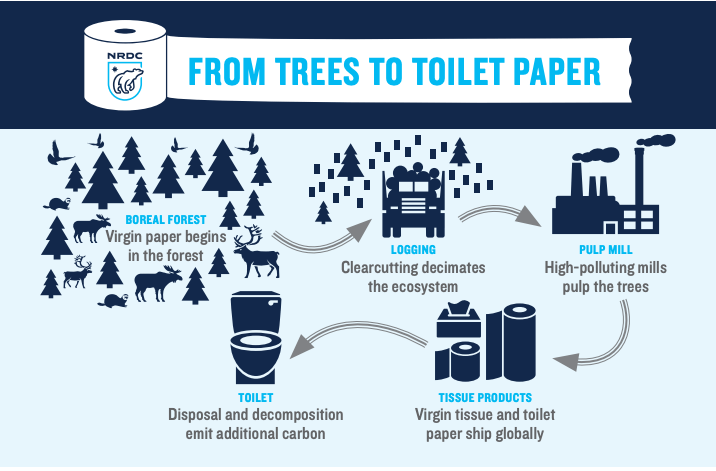 It is also home to over 600 Indigenous communities, as well as boreal caribou, pine marten, and billions of songbirds.

The NRDC points out that solutions to the tree-to-toilet pipeline exists.

“Instead of relying on virgin fiber from ancient forests, tissue companies can use recycled content or sustainably sourced alternative fibers. Use of these materials to create tissue can dramatically reduce our destructive impact on the boreal and other forests in North America and around the world,” concludes its report.

The US tissue market generates $31 billion in revenue every year, second only to China, and Americans, who make up just over 4% of the world’s population, account for over 20% of global tissue consumption.