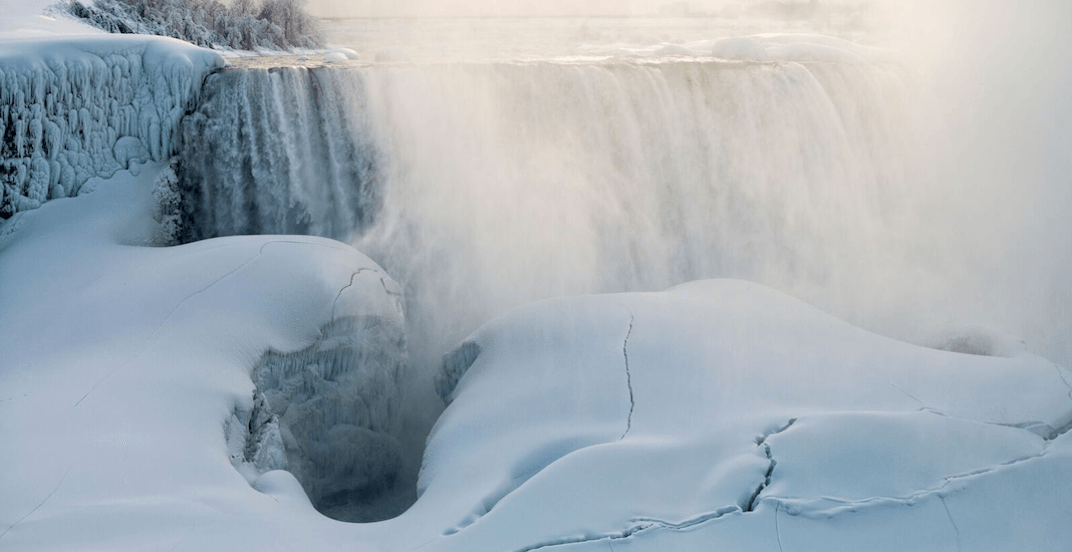 A visit to Niagara Falls during the height of winter is an incredible experience.

Not only can you see the falls resemble an icy winter wonderland that appears to be frozen in time, but if the circumstances (and temperatures) are right, you can also experience one of the Niagara’s most spectacular winter wonders — its famous ice bridges.

Each winter, after a period of days with temperatures below zero, the phenomenon known as the ice bridge usually forms. 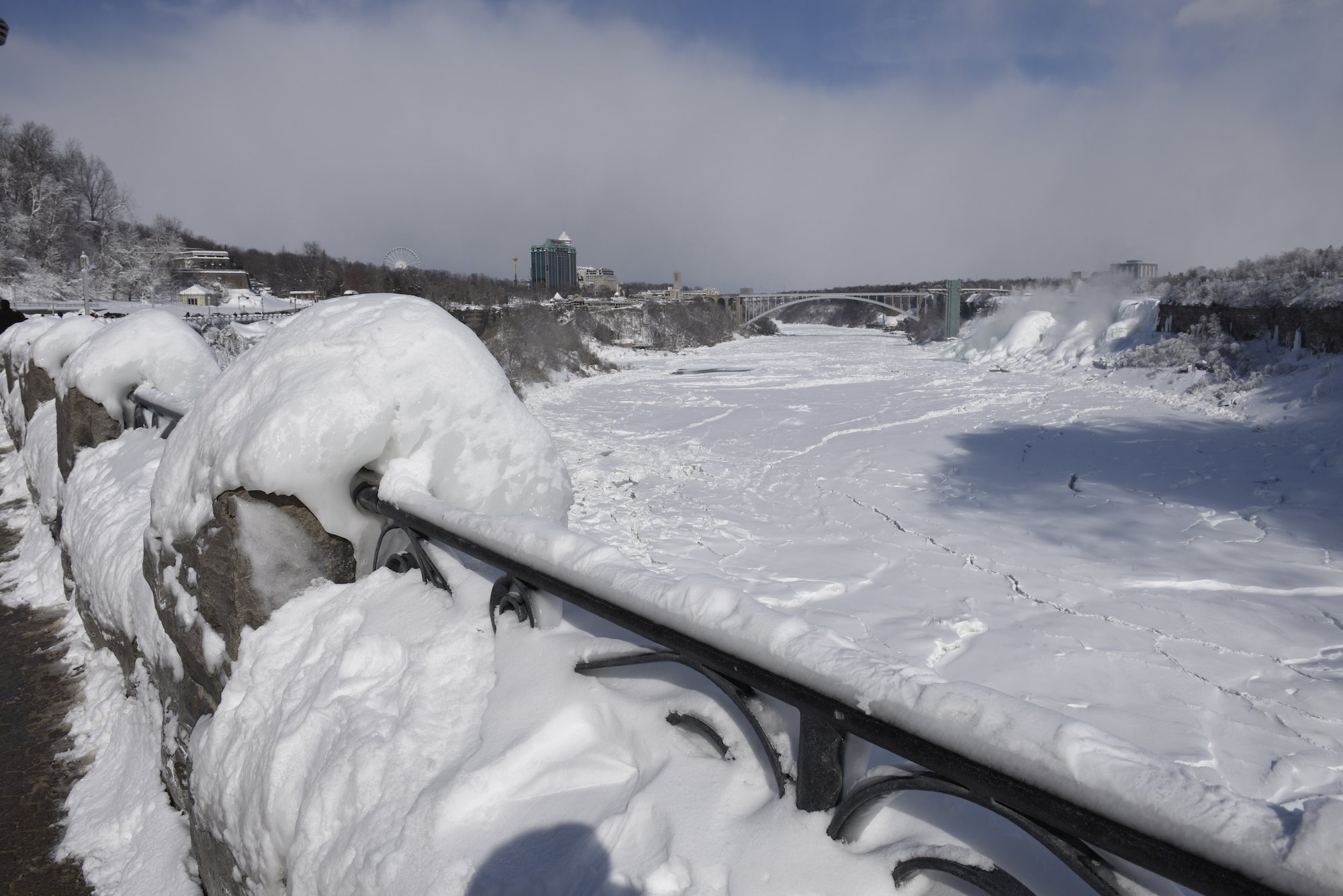 “Often in January, during a mild spell followed by a strong southwest wind, ice breaks up and travels down the Niagara River and over the Falls,” said a spokesperson from Niagara Parks.

“This wet ice is then forced up out of the water below the Falls where it freezes into a huge mass, taking the appearance of a glacier; with the potential of building up to an incredible height of 10 stories!” 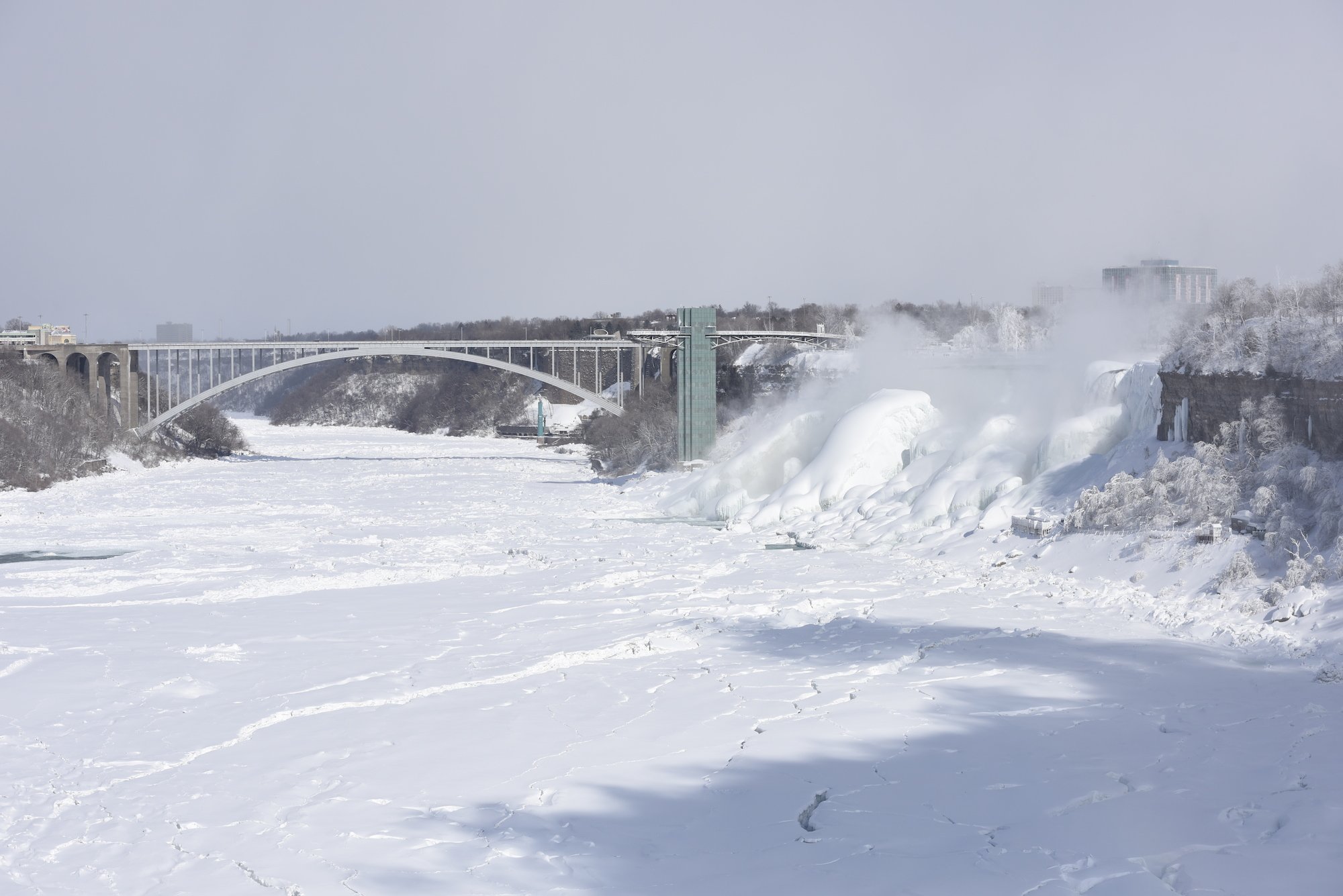 Beginning in the 1880s, it became a popular pastime for tourists to gather on the ice for entertainment and to enjoy refreshments served out of outdoor huts set up on the frozen surface.

This continued until 1912 when an unfortunate mishap during a particularly mild spell led three people to their deaths, which ultimately ended the era of public access onto the ice bridge. 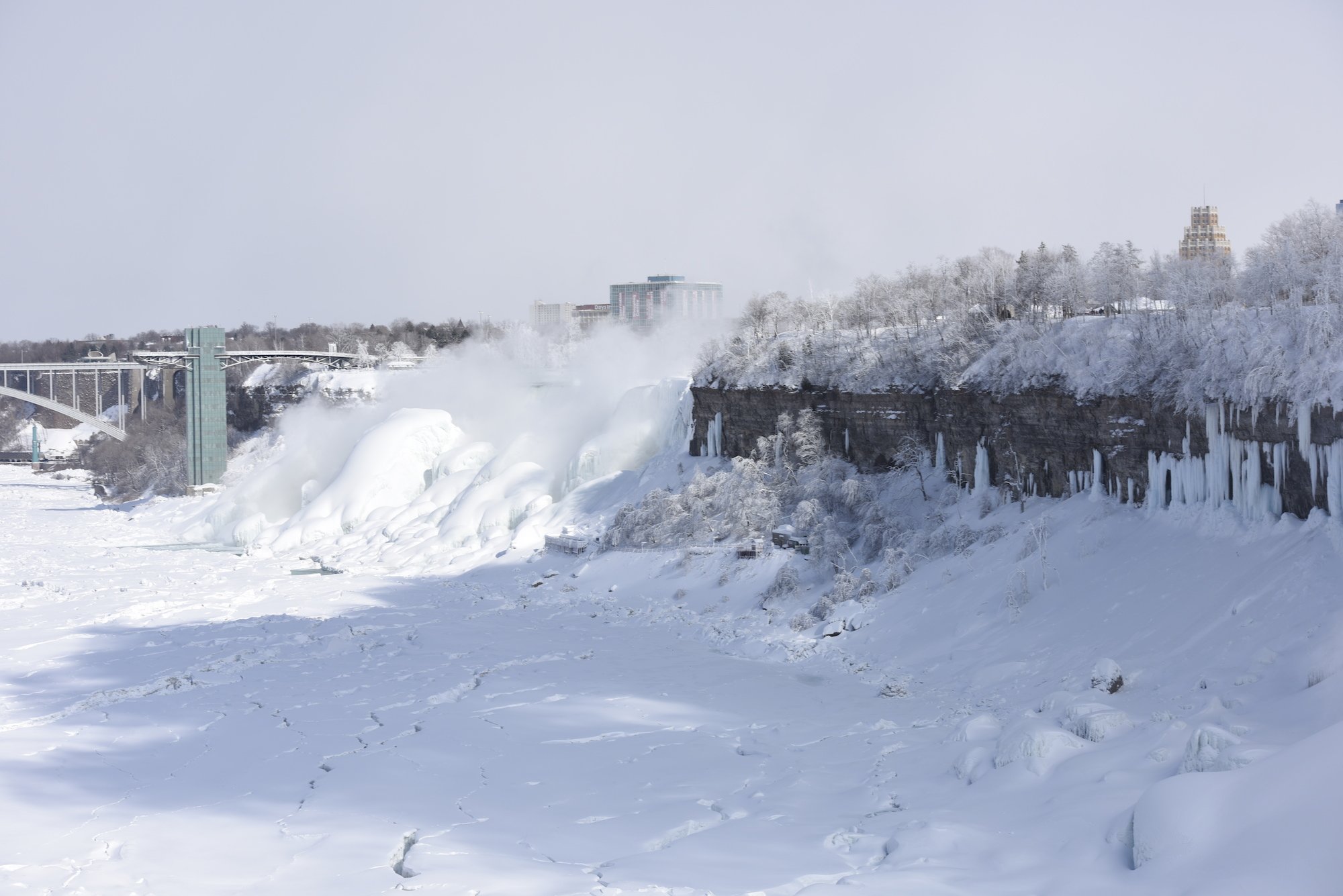 And while it’s been a little too mild so far this winter for the ice bridges to form, the forecast is showing freezing temperatures over the next several days, so it is likely that it will take formation shortly.