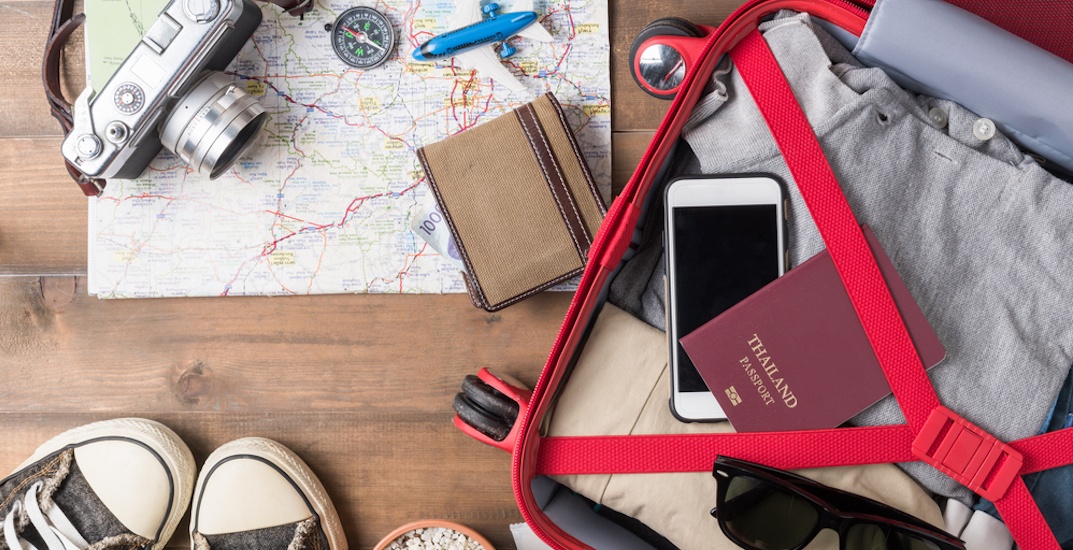 An American Redditor is getting some social media love for praising the kindness of Canadians after losing a bag full of valuables on a recent trip to Montreal.

Reddit user lruck posted a story to the “Canada” subreddit page claiming to have “accidentally left a bag with my most valuable possessions (MacBook, wallet, keys, passport, license, cash, multiple prescription bottles) on a busy Montreal sidewalk” during the user’s first day of vacation.

The Redditors says once arriving in Montreal after a long trip, “I set my bags down on the sidewalk to get my room key from [the AirBnB] lockbox.”

As the day goes on, the traveller returns to the same busy Montreal street to find a bag that looks similar to the one that was absent-mindedly left there.

It turns out, it was.

Scared to face the facts that all of the bag’s valuables may be gone, the user checked to the bag to find nothing in it but a note with a phone number.

After calling the number, the Redditor met up with a woman who took all the “important items to ensure they weren’t stolen and made sure they got back to me safely.”

The story, which has received 7,469 Reddit points and a 96% upvote rating (at the time of this writing), ended with a bartender retelling his ‘feel-good story’ about the time he left for vacation with his door open only to return with nothing stolen and three cats as his new roommates.

“Thank you, Canada,” concluded lruck’s story, “for reminding me what real, kind humans are like.”

Read the full story below in case you want to start your week off with a reminder of how far a little bit of Canadian kindness can go:

A few weeks ago, I (a US resident) visited Canada. I was checking into my Airbnb, and set down my bags down on the sidewalk to get my room key from it’s lockbox. I rushed upstairs with my bags. As soon as I got in the apartment I took a nap as I was exhausted from the long drive.

A few HOURS later, around 5p local time, I head down to the street to meet my Uber. I was staying on one of the busiest streets and shopping districts in Montreal. I noticed a bag in the middle of the sidewalk that looked eerily similar to mine, and it turns out it was. This bag had my LIFE in it- my MacBook Pro; about 10 prescription medication bottles; my wallet; drivers license; keys; my passports—- you name it. These items were all missing by the time I found my bag. However, in the bag was a note with a phone number, and instructions to call the number if the bags owner (me) found their note. I called, and instead of asking for ransom or cash in exchange for my life’s most valuable items, the woman on the phone met me a few houses down and gave me everything back. She took my important items to ensure they weren’t stolen and made sure they got back to me safely.

Later that day I was at a bar retelling this story to the Canadian bartender. He doesn’t seem shocked at all and seemed confused as to why I was so in awe that I got all of my valuables back.

He then told me that he had went on vacation earlier that month and was away for two weeks. He never remembers to lock his door, he told me, and had forgotten to do so before leaving the country for vacation. Two weeks later, he came back to his apartment, and found that the wind must’ve blown his door open. He told me that he lives in an older home and that it happens occasionally. As I’m sitting there, I’m expecting him to next say that he came back to a burglarized apartment or even worse. Well, I was wrong. All that happened was that a couple stray cats sought refuge in his nice, warm home. And that his only issue from this whole event was that he didn’t have the heart to turn them back away to the street, so he is now the owner of 3 cats.

Thank you, Canada, for reminding me what real, kind humans are like.