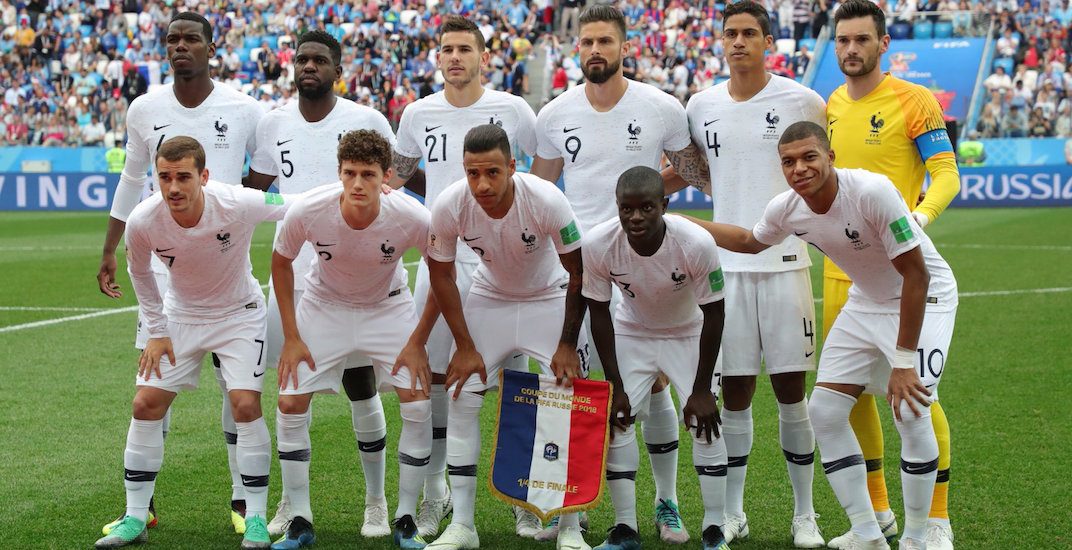 Put on your beret and grab a baguette, Vancouver.

If you’re looking for a place to watch Tuesday’s World Cup semi-finals match between France and Belgium, this may be the best spot in the city.

That is, if you’re not cheering for Belgium.

The American pub at 926 Main Street has become a go-to spot for French supporters in Vancouver during the World Cup. Dubbed “France House,” a raucous crowd of 250 showed up to cheer on Les Bleus in the quarter-finals on Friday, despite the 7 am start time.

Expect at least that for the semi-finals, beginning at 11 am Tuesday morning.

The pub is offering happy hour rates on their beer, plus some French favourites, like croissants and ‘pain au chocolat.’ There’s no cover for entry.

The most diehard supporters have even organized a march, with fans planning to congregate outside Science World at 10 am. The march begins at 10:15.

Should France win on Tuesday, they would play the winner of England and Croatia in the final on Sunday.