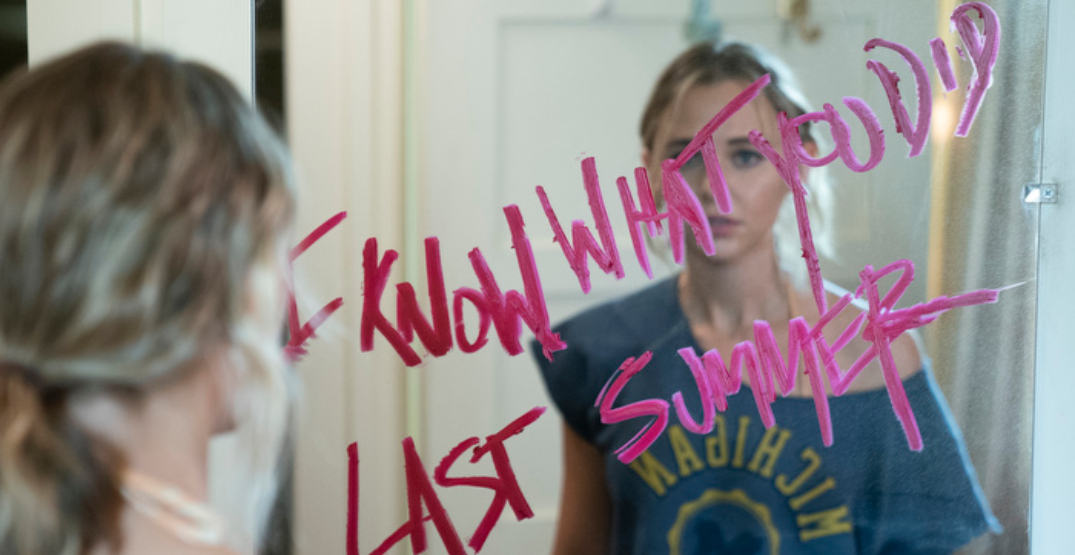 It’s officially spooky season and Amazon Prime Video is offering a slew of chilling titles to get you in the Halloween spirit.

The streaming service is releasing a wide variety of titles to keep you hooked all October.

From a masterful documentary about the Toronto Maple Leafs to Justin Bieber, an I Know What You Did Last Summer remake, the complete The Kids in the Hall series, and everything in between, there’s no shortage of streaming potential in October.

With a few trailers sprinkled in between, along with each title’s corresponding date, here’s what’s coming to Amazon Prime Video in October.

This documentary follows the 27-year-old Canadian pop star’s journey back into the live music space during the pandemic. Helmed by award-winning filmmaker Michael D. Ratner (who directed Demi Lovato: Dancing with the Devil), this documentary focuses on the lead up to Bieber’s return to the stage for his first performance in three years. As Bieber prepares for his live-streamed New Year’s Eve 2020 show on the rooftop of the Beverly Hilton, viewers are taken on a revealing and exhilarating look into the singer’s inner circle.

As part of the Welcome to the Blumhouse horror anthology, a Mexican-American couple expecting their first child relocate to a migrant farming community in 1970s California. When the wife begins to experience strange symptoms and terrifying visions, she tries to determine if it’s related to a legendary curse or something more nefarious.

The Kids In The Hall: Season 1-Season 5

The iconic Canadian comedians known as the Kids in the Hall are returning to our TV screens soon! Prep for their return by re-watching the sketch comedy troupe that, more often than not, puts bizarre, unique, and insane twists in their skits from 1989–1995.

Jessy and Nessy is a series about Jessy, an innately curious little girl and her best friend, Nessy, a five-and-a-half-thousand-year-old purple sea monster. Jessy happens to see the world a little differently through her magical glasses called “Inspectacles.” Together, this unlikely duo explores life’s curiosities and reveals how all of these seemingly everyday curiosities have fantastical answers.

Moderated by Mexican actor and filmmaker Diego Luna, this Daytime Emmy® Award winner will prove that no subject is off the table when you have the right ingredients. Conversations unite experts and different personalities to touch fundamental topics of universal interest in contemporary societies, accompanied by the menus of well-known Mexican chefs.

Written and executive produced by Sara Goodman, I Know What You Did Last Summer is based on Lois Duncan’s 1973 novel, which was also the basis of the iconic 1997 film. One year after the fatal car accident that haunted their graduation night, a group of teenagers finds themselves bound together by a dark secret and stalked by a brutal killer. As they try to piece together who’s after them, they reveal the dark side of their seemingly perfect town—and themselves.

If You Give A Mouse A Cookie Season 2, Part 4 (Amazon Original)

If You Give A Mouse A Cookie is a series based on the beloved books by Laura Numeroff and Felicia Bond. Meet Mouse, Pig, Moose, Dog and Cat and their favourite kids! When everyone gets together, one thing always leads to another in the most unexpected ways. You never know where things will end up, but you can be sure that if Mouse and Friends go on an adventure, THEN there is lots of fun to be had!

Physical strength is not enough to enter the elite group of the National Police in Spain. For the first time in its history, a camera crew has exclusive access to the extremely tough selection process for new members of the force, which lasts for more than seven months. In this docu-series, hundreds of applicants start with only a few passing the necessary tests to enter one of the most prestigious elite police forces in the world.

Once upon a time, football was just a game…Follow the creation of the English Premier League through the stories of those who lived it, and those who made the beautiful game a billion-pound business, such as Eric Cantona, David Beckham, Vinnie Jones, and Alan Shearer. Watch the goals, the glamour and the glory.

In this biographical drama series, follow the life of Argentinian legend and prolific soccer player Diego Maradona from his beginnings in the city of Fiorito, to his time at Barcelona and the stage in Naples. Relive the key role the legend played in leading his national team to win the World Cup in Mexico in 1986.

When India won its freedom from the British, Hyderabad was still under the Nizam’s rule. The state became the epicentre of differing voices, most of them unheard. In this unique conversational drama, discover the struggle for freedom from the rarely told view of Hyperbadi.

From the studio behind Big Mouth, comes the smart, weird, and hilarious adult comedy about four middle school best friends on a never-ending quest for clout along Fairfax Avenue, Los Angeles’ pulsing heart of hypebeast culture. The series takes a modern look at the timeless struggle to be cooler than you are and to fit in while standing out.