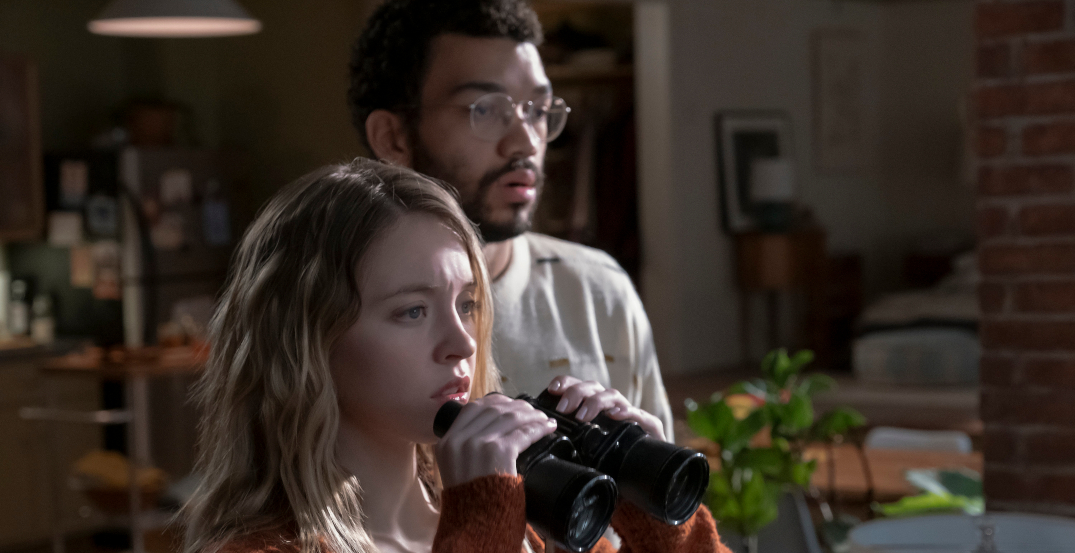 Sydney Sweeney and Justice Smith star in The Voyeurs/Amazon Studios

We made it to another weekend and Amazon Prime Video has a few new titles to keep you glued to your couch the whole time.

The streaming platform has released a new drama flick starring Sydney Sweeney and Justice Smith, a couple of Amazon Original series, and along with some older titles from earlier this summer, you definitely shouldn’t be bored this weekend.

Pippa and Thomas move into their dream apartment, they notice that their windows look directly into the apartment opposite – inviting them to witness the volatile relationship of the attractive couple across the street. But when they attempt to anonymously intercede in their lives, they unwittingly set in motion a chain of events that will lead to disaster.

You’d think boys would be glad to see girls attend their high school? Not at all. When Voltaire High becomes coed in 1963 France, for the first time a handful of girls take classes alongside boys, and a whole world is knocked off balance.

LuLaRich is a four-part docuseries that chronicles the unraveling of LuLaRoe. Known for their buttery soft leggings, the infamous multi-level marketing company went viral promising young mothers a work-from-home salvation. LuLaRoe’s eccentric founders recruited an astonishing army of independent retailers to peddle its increasingly bizaare and defective clothing products…until it all went wrong.

Here’s what dropped on Amazon Prime earlier in August and September in case you missed out:

Cinderella is a musically-driven bold new take on the traditional story you grew up with. Our heroine is an ambitious young woman whose dreams are bigger than the world will allow, but with the help of her Fab G, she is able to persevere and make her dreams come true. Written for the screen and directed by Kay Cannon with covers of songs written by some of the top-selling musical artists of all time, Cinderella has an all-star cast that includes Idina Menzel, Minnie Driver, Nicholas Galitzine, Billy Porter and Pierce Brosnan.

As a teenager in the 90s, Soleil Moon Frye carried a video camera everywhere she went documenting her group of friends as they grew up in Hollywood and New York City.