I love superhero movies. I always have. The exciting fight scenes, the mysterious origin stories, the heart-wrenching romantic plot-lines,… all of it, no matter how cheesy. So imagine my surprise when I walked out of The Amazing Spider-Man 2 feeling disappointed. I apologize in advance if this review seems cluttered and unorganized — because that’s essentially how the movie seemed.

Here’s the film’s synopsis and trailer if you’re not familiar:

It’s great to be Spider-Man (Andrew Garfield). For Peter Parker, there’s no feeling quite like swinging between skyscrapers, embracing being the hero, and spending time with Gwen (Emma Stone). But being Spider-Man comes at a price: only Spider-Man can protect his fellow New Yorkers from the formidable villains that threaten the city. With the emergence of Electro (Jamie Foxx), Peter must confront a foe far more powerful than he. And as his old friend, Harry Osborn (Dane DeHaan), returns, Peter comes to realize that all of his enemies have one thing in common: Oscorp.

I’ll admit I had some pretty high expectations for The Amazing Spider-Man 2. I enjoyed the movie’s predecessor more than Sam Raimi’s 2002-2007 Spider-Man series; I like Andrew Garfield more than Tobey Maguire, I like Emma Stone more than Kirsten Dunst and I appreciated Marc Webb’s focus on Peter Parker’s family history.

My biggest gripe with TASM2 is how inconsistent and disjointed it is. It lacks a cohesive main story and any character development. Take Jamie Foxx’s Max Dhillon/Electro for instance: he’s posed as Spider-Man’s greatest enemy yet, but his storyline gets shafted into the sidelines. The audience only gets to see a few almost comical, isolated instances of Max’s troubled mind, but barely enough to explain his quick transition from being the web-slinger’s biggest fan to wanting to destroy him.

The Harry Osborn/Green Goblin storyline follows a similar under-developed route. Harry is introduced to the audience for the first time in TASM2 as Peter’s childhood best friend and the heir of Oscorp Industries. He suffers from a crippling hereditary disease and believes that Spider-Man’s blood will cure him. When Spider-Man refuses, Harry becomes obsessed with taking him down. The change is abrupt and doesn’t give the audience enough time to adjust. However, newcomer Dane DeHaan does manage to give a great performance for what little he’s given.

Scattered between all the cracks in this villain drama is Peter’s quest to find out the truth about his father’s work at Oscorp. I don’t even know what to say about this part of the movie. It was poorly integrated into the movie and I actually laughed out loud at the ridiculous setup of the “big reveal.” 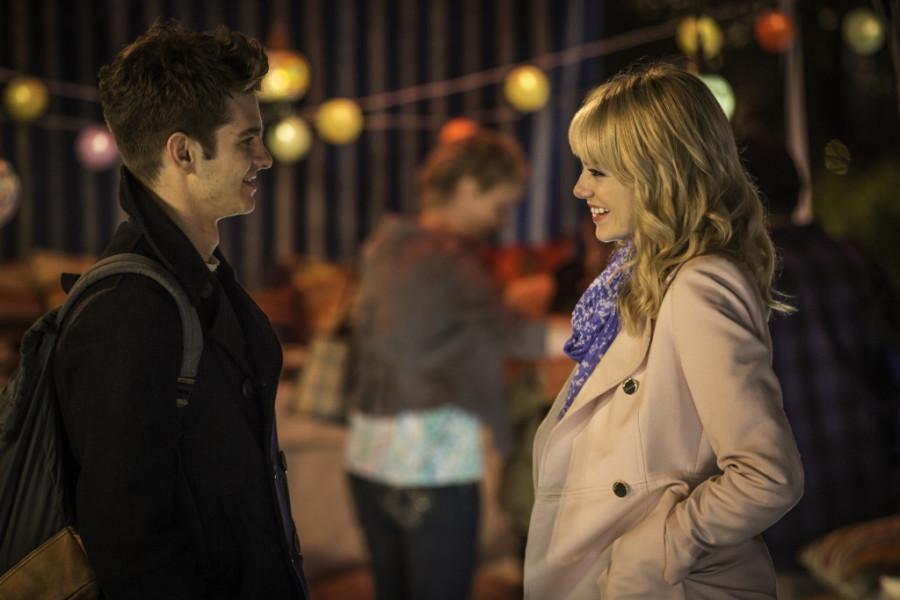 What makes TASM2 bearable for me is the romantic chemistry between Peter Parker and Gwen Stacy (played by Andrew Garfield and Emma Stone respectively). Garfield’s boyish charm complements Stone’s playful demeanor, and they make a believable couple the audience can actually root for. However, their adorable onscreen banter would have been better suited for a romantic comedy rather than a side-story to a subpar superhero movie.

In addition to all that I’ve already mentioned above, here are a few more thoughts about the movie:

Despite my negative thoughts about the movie, I do think The Amazing Spider-Man 2 is worth watching if all you’re looking for is an action flick to turn your brain off to. And who knows? Maybe this review will have lowered your expectations enough to make it good.