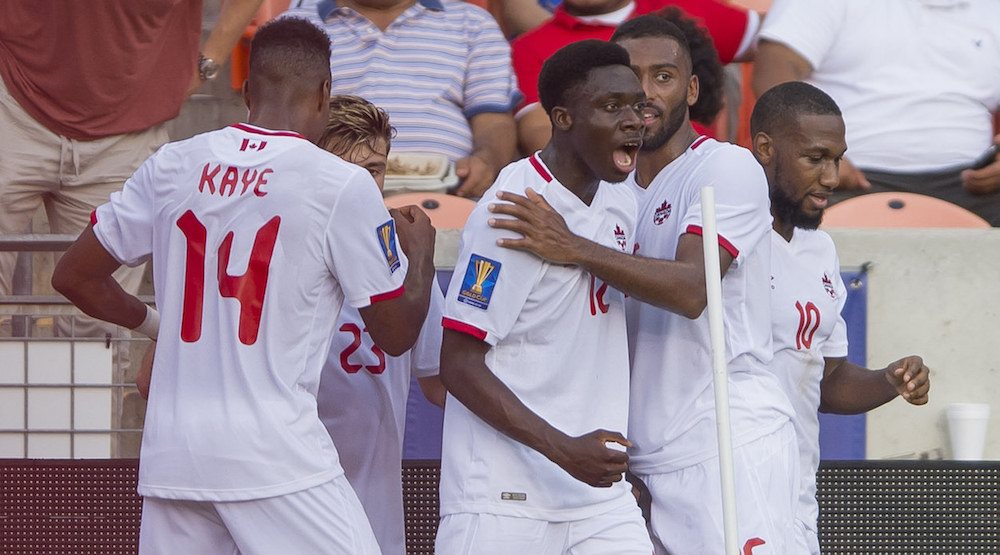 Where would Canada be without Alphonso Davies?

The 16-year-old star in the making has burst onto the international scene for Canada, after becoming a citizen last month.

At the Gold Cup, the continental championship tournament of CONCACAF held every two years, he’s lighting it up. He’s the biggest reason to tune in to watch the national team, giving hope to a nation starved for success in international soccer.

Is this a lot of pressure for a 16-year-old? Of course. Do we need to be patient with him? Obviously.

But damn it, it’s pretty hard not to get excited about what we’re seeing from the youngster.

His two goals versus French Guiana were the difference in Canada’s opening game, and the midfielder’s goal to open the scoring on Tuesday helped Canada to a valuable draw against 26th-ranked Costa Rica.

Watch as he blows by the Costa Rican defender to score on Tuesday:

Canada, now ranked 100th in the world by FIFA, has needed a player like Davies seemingly forever.

The national team has had trouble in many areas over the last 20 years, but none more than goal scoring.

With a 4-2 win and a 1-1 draw under their belt in the group stage, Canada is in first place in Group A (holding the goal differential tiebreaker) with one match left against Honduras.

They can thank their teenaged wonderkid for that.

“The point (against Costa Rica) puts us in a good position,” said Canada’s head coach Octavio Zambrano. “We came to this tournament with a goal of reaching the next round. We have managed to stay focused and the group has performed well.”

Though the goal was to merely advance to the next round, Canada has to be thinking about bigger things given where they stand after two matches. If they can win their group – something they can clinch with a win against Honduras – they’ll play against a very winnable game (likely against Panama, Nicaragua, or Martinique) in the quarter-final.

“I think the young players played well and you can see the potential for more,” said Zambrano. “We know the ceiling is quite high. We need to keep developing these young players.”

To understand just how pitiful Canada has been at scoring goals, let’s take a look back at their most recent international tournaments…

That’s right. Davies not only has more goals in this year’s tournament than all of his teammates combined, he has more goals than Canada scored in the last three Gold Cups combined.

Canada was shut out in four of six matches during their most recent round of World Cup qualifying too. In only one match did they score more than once, which came in their final game before being eliminated.

Davies hasn’t done it on his own – Scott Arfield has a goal and two assists in the tournament and was Canada’s best player against Costa Rica. Goalkeeper Milan Borjan was excellent on Tuesday too, making 13 saves, many of them of great difficulty.

But ultimately someone needs to put the ball in the back of the net, and Davies has done that. There was a noticeable drop-off when Davies left the match against Costa Rica with what looked to be a minor injury.

Lucky for Canada, he’ll be ready to play their next match against Honduras on Friday.

Because, honestly, where would they be without him?

“We are in a very good position now.”
– Octavio Zambrano praises his #CANMNT troops as the boys stay top of Group A. #GoldCup2017 pic.twitter.com/kJ9I5tXCtp