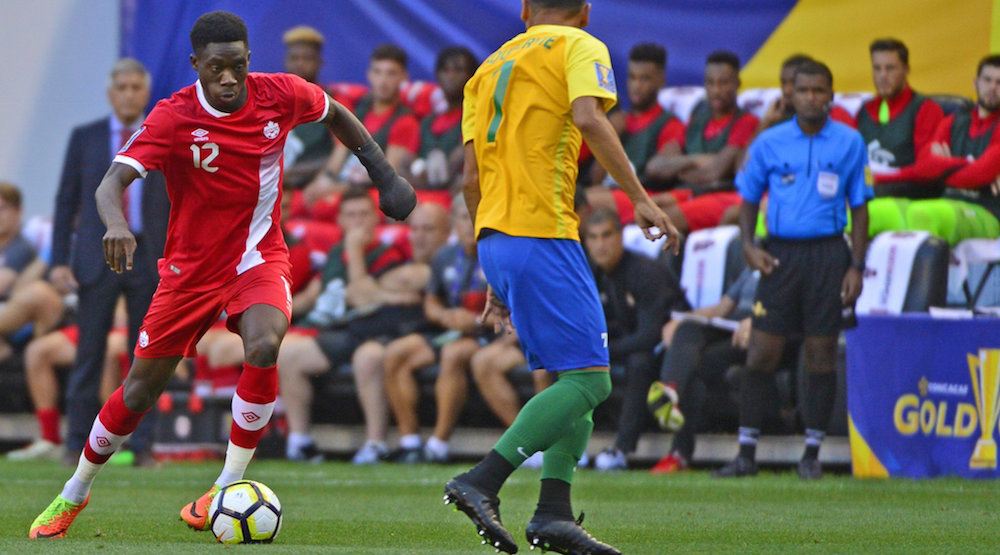 Alphonso Davies has set the record, as the 16-year-old became the youngest player to ever score a goal for the Canadian Men’s National Soccer Team on Friday night.

He scored the third goal of the game against French Guiana in the 60th minute during Canada’s opener at the CONCACAF Gold Cup in Harrison, New Jersey.

At the time it appeared like his strike was going to be merely an insurance goal. Canada had a commanding 3-0 lead with goals from Dejan Jakovic, Scott Arfield, and Davies.

Of course, this is soccer and we are Canada, so nothing comes easy. Davies’ goal turned out to be vital.

French Guiana staged a comeback, quickly cutting the score to 3-2 with goals in the 69th and 70th minute.

There were nervous moments for Canada, who were in danger of an epic collapse against the tiny South American country.

Cue the teenage phenom, who scored his second of the game in the 85th minute to secure the 4-2 win.

It’s hard not to get excited about the tantalizing talent and potential of Davies, who has all the tools to become the greatest soccer player Canada has ever produced.

Davies, who moved to Canada at age five and grew up in Edmonton, just became a Canadian citizen last month.

The Gold Cup is the continental championship for North America, South America, and the Caribbean. The 12-team tournament is held every two years. Canada has won the championship once, back in 2000.