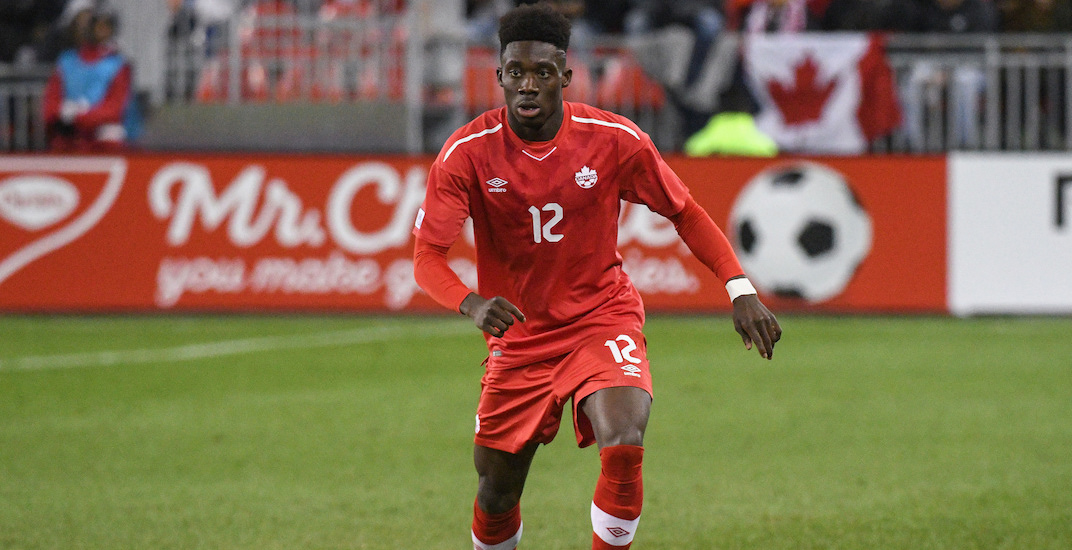 Alphonso Davies will miss his long-awaited return to BC Place.

The 18-year-old phenom suffered an injury during last weekend’s match between Bayern Munich and Mainz.

According to a Canada Soccer spokesperson, Davies played through the discomfort, scoring a goal in the process. However, the injury flared up after the game.

Happy to get my first goal today💪🏾 #AD19 pic.twitter.com/BW0iImbbyY

Bayern’s medical team has confirmed that the player suffered a stretched ligament in his right knee.

As a result, Davies has been ordered to rest for several days, meaning that he’ll miss Canada’s upcoming match in Vancouver.

Canada Soccer will be taking to BC Place Stadium on Sunday, March 24, where they’ll be taking on French Guiana.

Davies was welcomed in by a Vancouver fan base who watched him blossom into a star with Whitecaps FC. His January move to Bayern was at the time an MLS-record US$22 million transfer.

This weekend’s match was an opportunity for fans to welcome back the boy wonder that they watched grow and develop on the pitch. Now, that possibility is off the table.

“We’re disappointed not to be able to welcome Alphonso back to BC Place, but we know that we’ll get to be able to do so soon. Him scoring his first goal for Bayern this weekend was another milestone on what we’re sure will be a long and successful career at both the club and international level. There will be other games for us to sing for him.”

–with files from Harjeet Johal