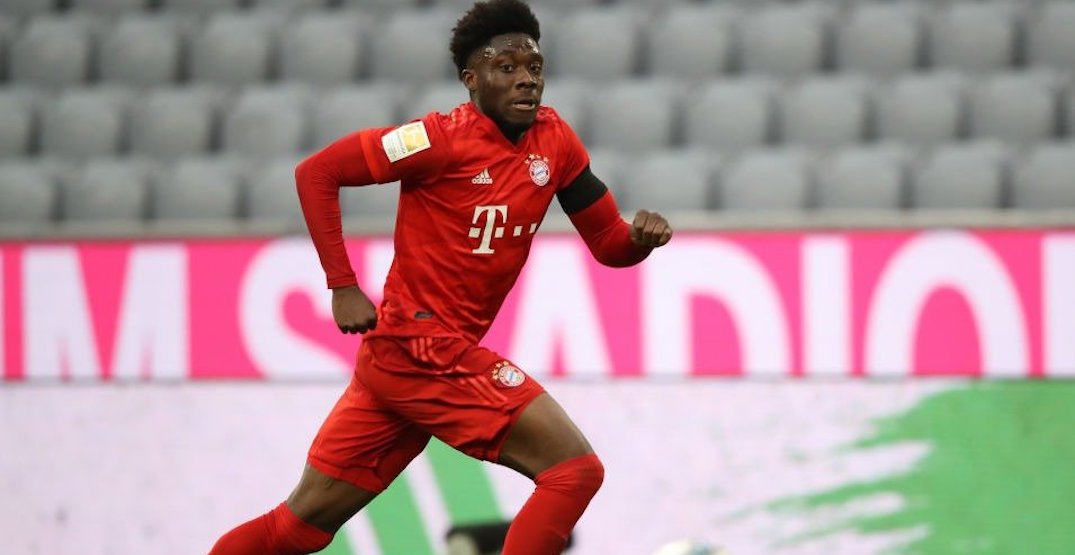 The accolades keep piling up for 19-year-old Canadian soccer star Alphonso Davies. A day after being named Bayern Munich’s Player of the Month, Davies set a new Bundesliga record today.

Davies, who was affectionately referred to as the “roadrunner” by teammate Thomas Muller recently, hit a top speed of 36.51 km/h during Bayern’s match against Werder today. That’s literally fast enough to get a speeding ticket in a school zone in Canada, and also the fastest any Bundesliga player has ever been clocked.

As the first major sports league in the world to return to play, the Bundesliga’s profile has been heightened globally, with Davies shining in the spotlight. The Edmonton native has two goals and one assist in seven matches since the Bundesliga restarted its season on May 16 — all wins by Bayern.

The news wasn’t all positive for Davies today, as he received a red card late in the match — the first of his young professional career. But that didn’t dampen the mood for Bayern, who held on for a 1-0 victory to clinch a record eighth-consecutive Bundesliga title.

The former Vancouver Whitecaps midfielder has now fully established himself as a star left back for Germany’s top team. Davies is now listed as the third-most valuable left back in the world, valued at 45 million Euros by Transfermarkt, with that number likely to rise if he keeps this up.