Police are asking for the public’s help in identifying a sexual assault suspect in Abbotsford.

The incident occurred on Saturday, October 3 at approximately 6:40 pm on a BC Transit bus. The Abbotsford Police say that the suspect approached the 17-year-old victim as she was waiting at the Bourquin Crescent Bus Exchange.

The man allegedly followed the victim onto bus #9, “where he began making unwanted sexual advances and engaged in unwanted touching.”

Abby PD says that the suspect got off the bus after a few stops.

The suspect is described as a South Asian man between 60 to 70 years of age with a white beard. At the time of the incident, he was wearing a blue surgical mask, a light blue turban, dark shoes, a light coloured shirt and pants. 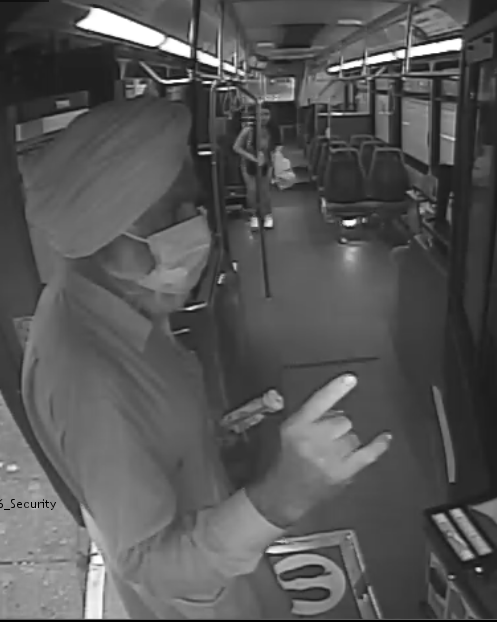 Anyone with information about the incident or who can identify the man is asked to contact investigators at 604-859-5225.