The number of US travellers entering Canada by automobile this past September was down by 94.3% compared to September of last year, according to Statistics Canada.

Still, over 60,000 trips by US residents were taken across the border.

In September of last year, US residents made 1.1 million trips across the border into Canada. This year, that number dropped to 64,700.

“September 4 was the busiest day of the month with 3,030 US residents crossing into Canada in US-licensed automobiles,” it said in its latest cross-border report.

“Conversely, the lowest daily arrivals by car was on September 13 when 1,280 US residents crossed the border into Canada.” 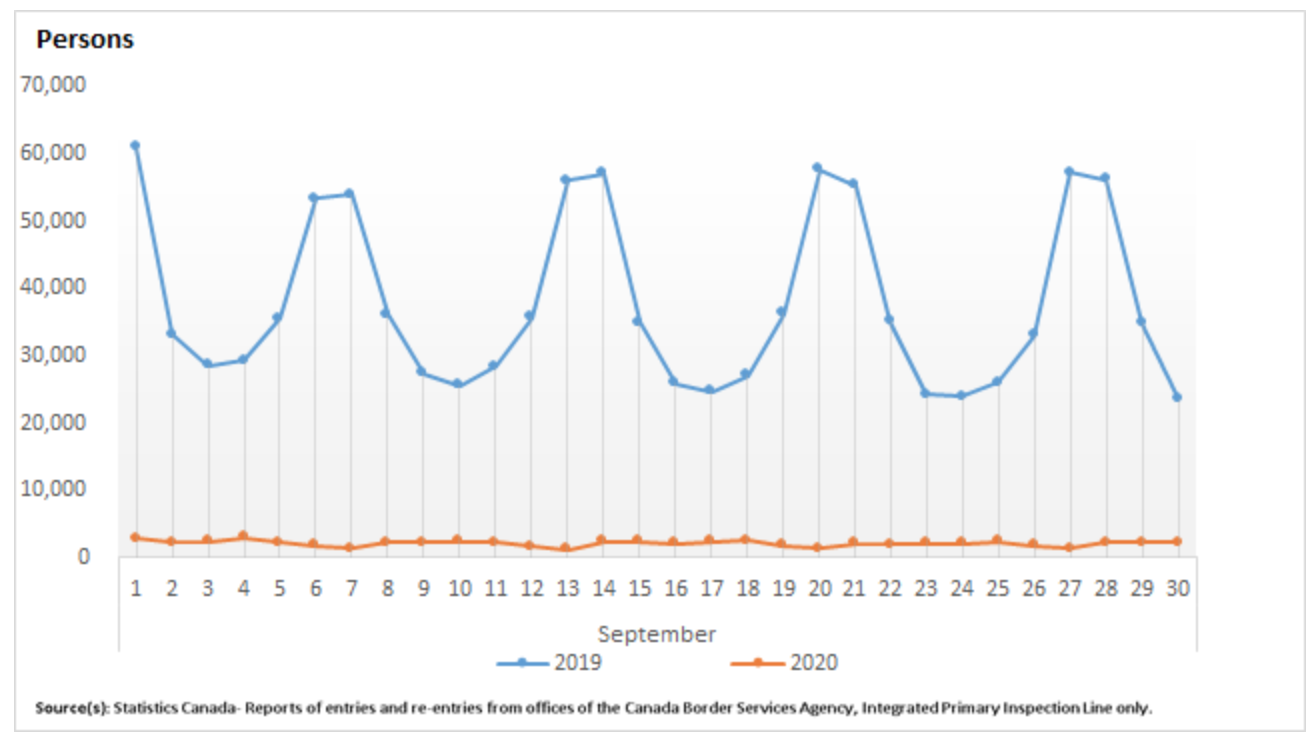 Similarly, the number of Canadians returning from the United States by automobile dropped by 93.1% in September 2020 compared to the same month last year. 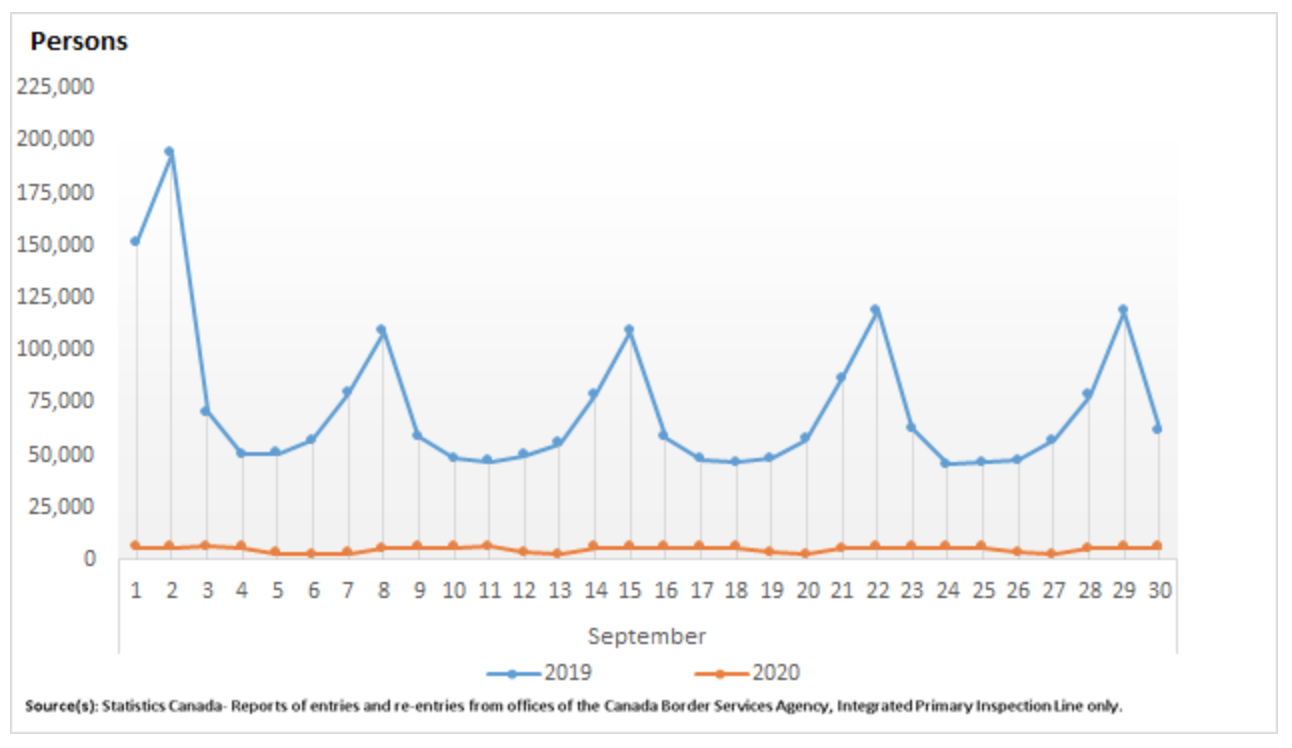 The decline in border crossings comes as the result of restrictions on non-essential travel across the Canada-US border that were imposed by the Canadian government to limit the spread of COVID-19.

The restrictions initially took effect in March, and will remain in effect at least until October 21 of this year.