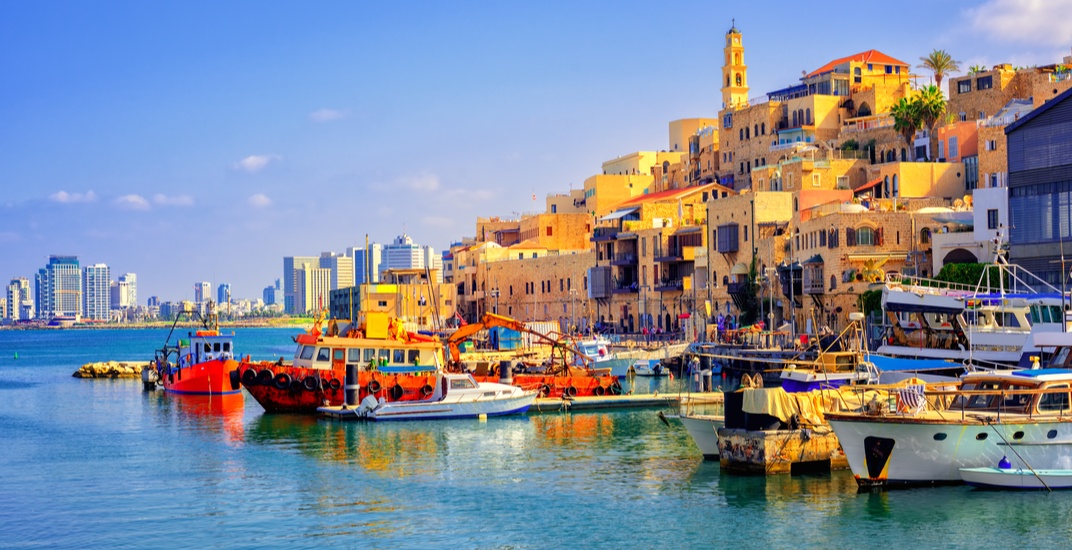 For the first time ever, Tel Aviv University handpicked five local Vancouver business leaders to get an inside look at Israel’s highly coveted start-up ecosystem.

Appropriately coined the “All Access Mission”, a group of leaders were selected for a week of private tours at Tel Aviv University’s most innovative classrooms alongside industry exposure to places like Facebook Tel Aviv’s office and a rare opportunity to watch Jack Ma, the $40 Billion CEO of Alibaba speak.

Despite the tense situation happening between Israel and its neighbours, the chosen Vancouverites quickly saw for themselves the positive impacts surrounding innovation, education, culture, sustainability, and inclusiveness that aren’t shown in the media. 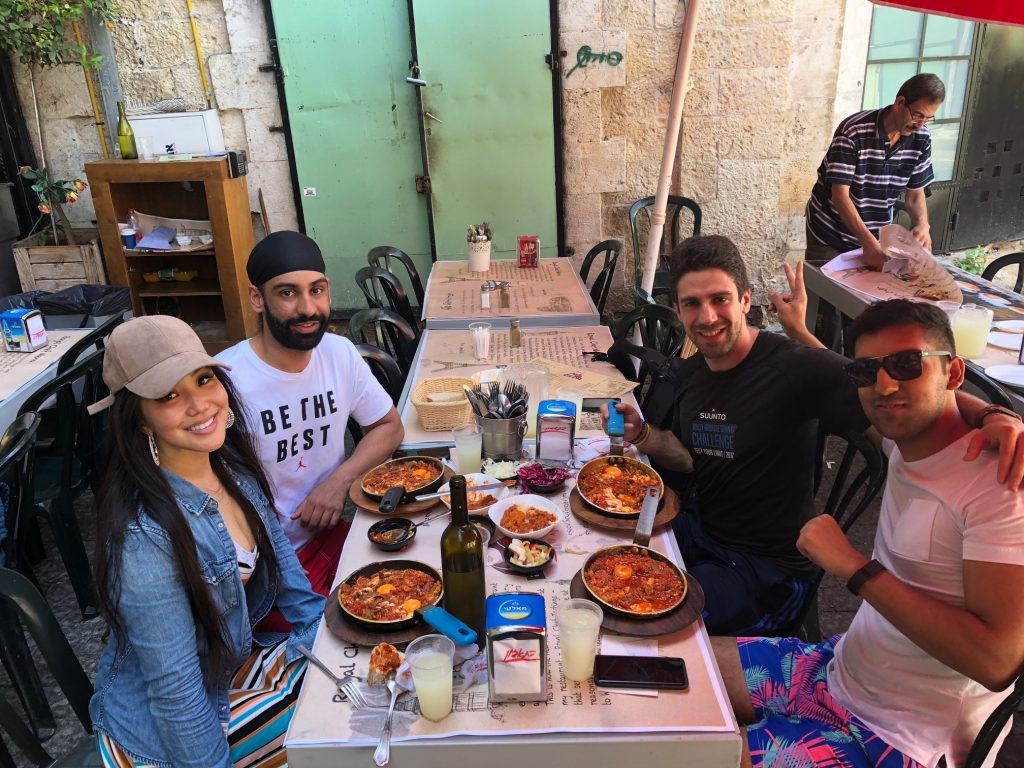 That phrase couldn’t be a more succinct way to describe all the unexpected experiences in Israel and the lasting life lessons I took away and have been sharing ever since. This phrase also explains why I personally see such a huge value in throwing myself into new scenarios, experiencing other cultures and remaining open to diverse ways of thinking. In my opinion, that’s how you create real innovation.

On day 1 in Tel Aviv, our Airbnb host informed me that out of the 4 rooms available, I had selected the bomb room. You read that right: The bomb room – because Israel is a country that is under threat of attack from neighbouring countries at any given time. Despite reading world news and aspiring to be a global citizen through travel and research, nothing offered such stark insight into this reality as physically living behind bomb-proof walls and learning that every house is mandated to have one “bomb-safe” room.

Sometimes in Vancouver I feel we may live in a bubble, and I admit that a lot of people I told my travel plans to didn’t know where Tel Aviv was in the world or that it’s famous for being a hotbed of entrepreneurship and innovation!

I’ve been so fortunate in my day job at UBC in the VP Research and Innovation portfolio to take part in senior leadership strategy sessions along with industry and stakeholder roundtables to discuss Innovation in BC Canada and how to raise our profile and create a thriving innovation ecosystem. As a community, we Vancouverites often look towards Silicon Valley as the Gold Standard for innovation, however Tel Aviv, Israel is hailed worldwide as ‘Start-Up Nation’ and was also cited in a recent Gov of Canada announcement (on the Digital Technology Supercluster at UBC’s very own Innovation hub) as another innovation ecosystem to model after.

How did a tiny nation of just over seven million end up creating so many start-ups and attracting the most venture capital in the world, behind only Silicon Valley? What is the secret sauce to creating a culture of innovation and entrepreneurship? Paul, who had previously been to Tel Aviv, suggested that we all Read Start-Up Nation (a 2009 book by Dan Senor and Saul Singer) to better understand Israel culture and it was such a fun and educational endeavour to align us four Vancouver entrepreneurs from the get-go! The book discusses questions like: Is part of the entrepreneurial culture simply ingrained in the Jewish people who have had to struggle and endure hardships for millenia? Is it the mandatory military service that forces people to work together for a common goal? How about their culture that encourages asking tough questions to leadership, challenging the status quo and doing away with hierarchy? And the spirit of “Hutzpah”, anyone?

I read all of this and then, saw much of it firsthand.

The organizers, Canadian Friends of Tel Aviv University, promised an “All Access Mission” during which we would get to go behind the scenes of leading technology companies and meet with researchers in both the hard sciences and social sciences to dig deep and ask those tough questions. They sure did deliver on the content which wasn’t a surprise.

What did surprise me, however, was the incredible level of hospitality from all the families that welcomed us into their homes (delicious dinners and great parties!) and the shared vision of other attendees from around the world (US, UK, and Hong Kong including the Alibaba group): we all want to learn from each other and share experiences from our local regions to support one another’s goals of creating innovation. I was also surprised by the friendships I developed with the three other entrepreneurs from Vancouver.

So, yes, I’m a millennial. I’ve spoken on CBC on the millennial plight to stay in Vancouver, and Daily Hive featured my team’s winning People’s Choice submission to the Greater Vancouver Board of Trade’s Big Idea contest a while back on how to attract and retain millennials in Vancouver (my team argued that Vancouver simply doesn’t compete on salary compared to other jurisdictions, so employers need to get creative and offer more benefits in other forms). In that spirit of getting creative to save costs, I split an Airbnb with the three other male entrepreneurs. I was the lone female staying with these three others who honestly, I didn’t really know all that well. As a result, this living situation was also a huge lesson in the power of diversity and what we could learn from each other and other genders! None of us knew what to expect, but we ended up having brainstorming sessions on business ideas, building closer bonds as we navigated a new city and created ways to represent Vancouver and display Canadian hospitality and charm while abroad! I know some close friendships were formed (and many secrets were shared!) that will last a lifetime.

Back to the secret sauce of what makes Israel so innovative? Well, according to the book and what we heard: the military environment is fast-paced with clear goals that allow for new technologies to be deployed and the “flat” structure with men and women working together encourages collaboration. There is also a programmatic element: years of “reserves” for people in the same military cohort to regularly get together, which allows close connections to stay fresh and support each other. It is in this vein, I am confident new bonds between all of us on the All Access Mission will remain strong. I’ve already been in contact with many from around the world that I met and I’m ready to showcase Vancouver! 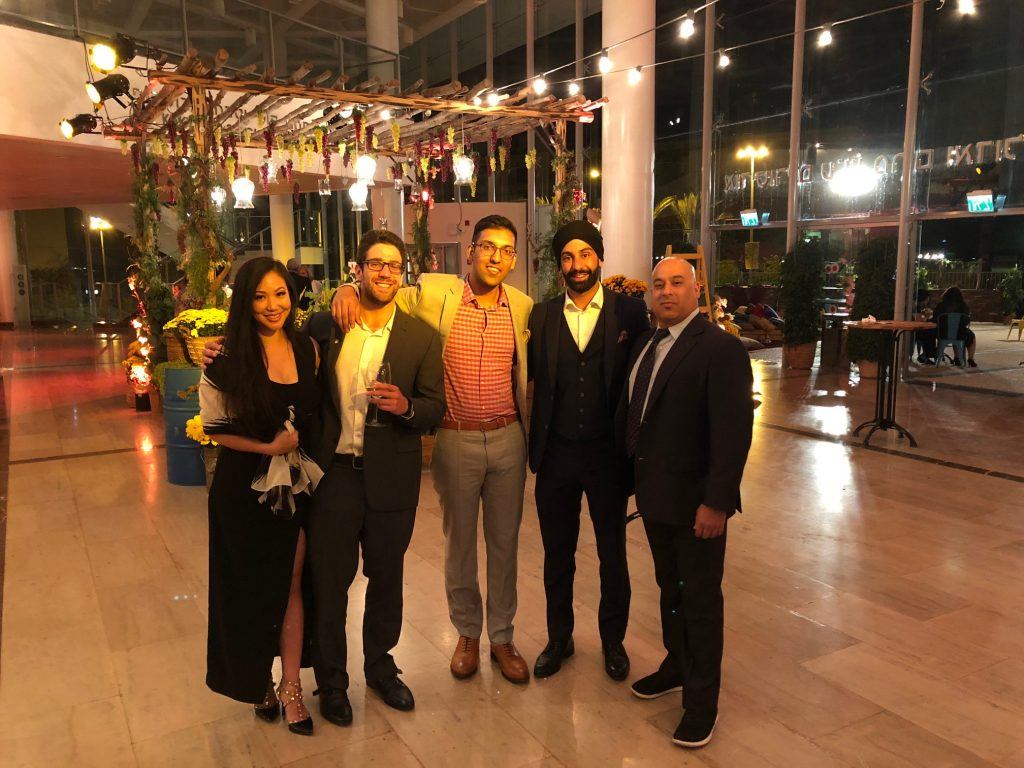 This was my second consecutive year going to Tel Aviv University’s retreat and I was thrilled to see how they opened the door for more Vancouver business leaders this year, irrespective of their cultural background or religious beliefs. The group fully bought into going after I recommended they read ‘Start-Up Nation’, a book that gives context from Israel’s 1948 inauguration and subsequent adversity to how, today, it is able to attract the most venture capital dollars per capita in the world.

Coming into this trip, I really didn’t know what to expect with the group of Vancouverites I pushed to apply for the retreat with. The group represented Ismaili, Christian, and Sikh faiths and had never been to Israel, so I was extremely curious to see how everyone was going to get along and how accepted they would be by the local culture. It didn’t take long to see how Tel Aviv’s charm and liberalism welcomed the group with outstretched arms and brought everyone closer together with a refreshed outlook on Israel’s identity. Despite what might be portrayed in the media, Israel welcomes all cultures as Israel itself is a melting pot of immigrants from Russia, Africa and various parts of the Middle East.

As someone working in food, I was most impacted by hearing that not only are they the most innovative country per capita, they also happen to be the vegan capital of the world, with 8% of their population dining at the 400 vegan restaurants spread across Israel. After watching the video that helped double veganism in 2010 in Israel, I became a lot more “veg-curious” and recently attended the 2018 Veg Expo in Vancouver which attracted nearly 20,000 attendees and further reinforced Israel’s vision for a better world.

Much like the late Anthony Bourdain, my philosophy is that putting creative and diverse people together to break bread and build global empathy will solve world problems. I know few places where so many business leaders from different cultures come together to immerse themselves in a local culture where everyone is on the same team. I hope that more business leaders will find their way to Israel to connect with fellow leaders in their industry to co-create and push the boundaries of what is possible.