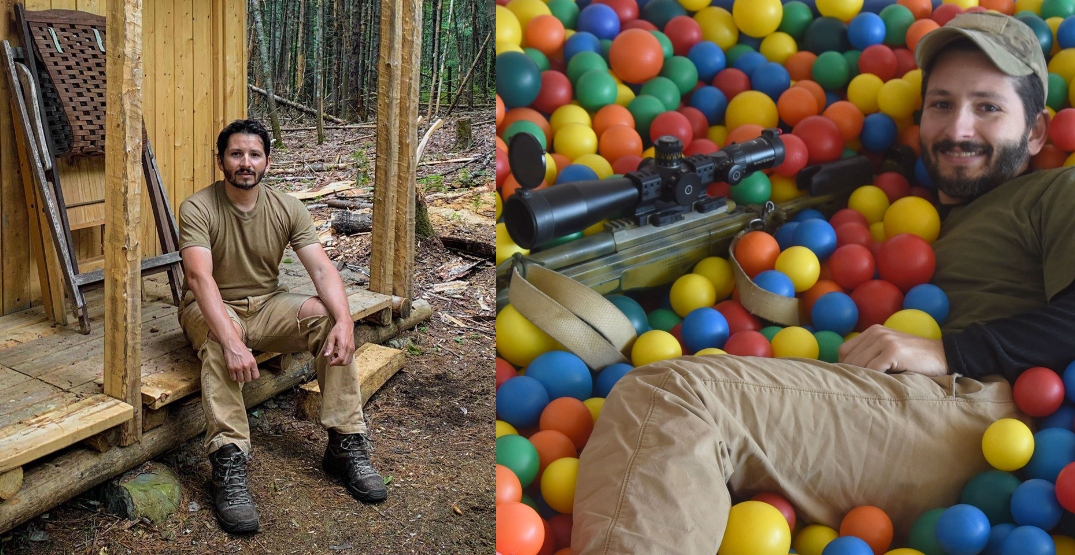 A former Royal 22nd Regiment Canadian sniper made headlines earlier this month when he publicly announced that he would volunteer and defend Ukraine from Russian invaders.

On Tuesday, as rumours of his death began to circulate, the soldier known best by his nickname, Wali, provided his followers with an update, proving that he is, in fact, alive.

The post featured a recent photo of him in a plastic ball pit with his sniper rifle.

“The rumours that I had died in combat were completely ridiculous,” said Wali in a recent post. “The truth is that we have taken ground from the enemy in addition to causing him casualties. Unfortunately, we also lost comrades, dead and wounded.”

The Quebec-born veteran left for Eastern Europe shortly after the attacks on Ukraine began. Since then, the world-renowned marksman has been documenting his journey on his Facebook page The Torch and Sword.

Along with being a member of the armed forces, Wali is also a photographer, author, and documentary filmmaker. All of which are skills he uses in reporting on the war as he witnesses it first-hand.

In his most recent post, he called the Ukraine-Russia conflict an “information war.” He claimed that many Russians are against the war and that some of their soldiers are refusing to fight once they learn the truth.

“I am so proud to see the world rise up against this crime against peace which is the Russian invasion of Ukraine.”