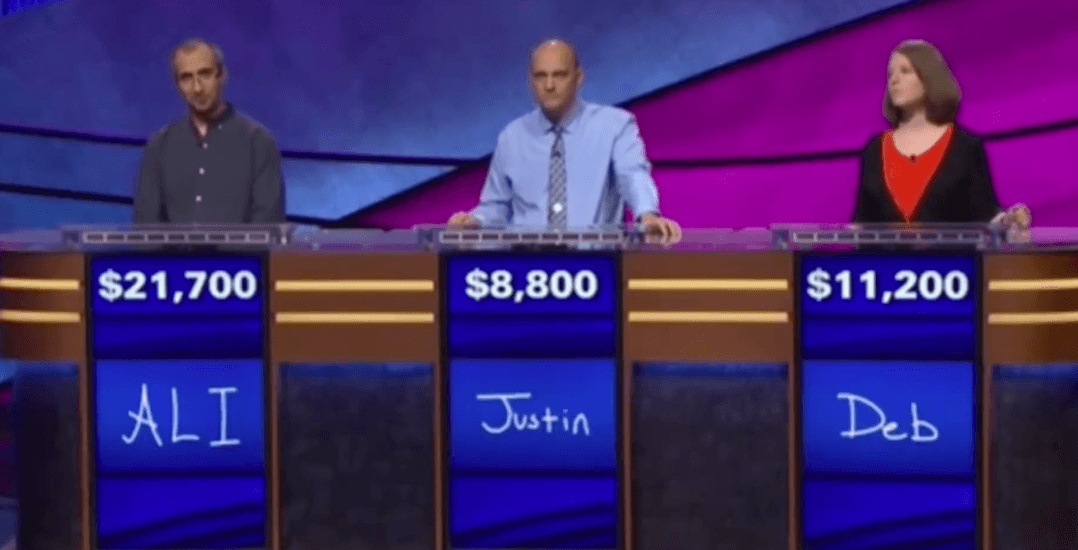 A Canadian secondary school teacher is on a three-day Jeopardy! winning streak.

As of Thursday night, BC’s Ali Hasan has won an impressive total of $67,801 US, aka so much more in Canadian dollars that even host Alex Trebek couldn’t help but joke about it.

“Ali has been leading the one-man invasion of the United States,” Trebek said as he introduced Hasan at the start of the show, when his winnings were at $46,802 US. “It’s worth more in Canada.”

Hasan, who’s from New Westminster, was almost a celebrity from the start.

On his first day of competition, the teacher answered a question correctly about the Pittsburg Steelers, and the team tweeted out his answer to over 3.4 million followers.

You know you’ve made it when you’re an answer on @Jeopardy. pic.twitter.com/cpIkb6U7he

And on Thursday night, Hasan was looking confident going into final Jeopardy!

With the category stated as “World Geography,” the clue was “Australia’s fourth-largest city, it’s at the southern end of the road called Indian Ocean Drive.”

Although Hasan’s guess of Darwin was not right, since the answer was Perth, he only wagered $701 and won the game with a total earning of $20,999.

“You’re spending a lot of time in Southern California,” Trebek joked of his win.

Check out Hasan’s latest game below.